SuperYacht Times’ Maarten Janssen visited the Heesen shipyard recently, and was warmly welcomed on a tour of project 17470, project 17255 and project 17042. 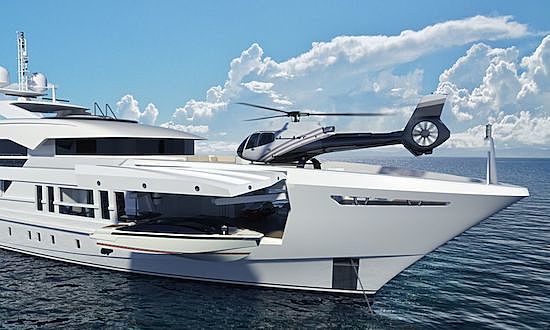 Both projects 17470 and 17255 will feature a Fast Displacement Hull Form (FDHD). The innovation was designed by Van Oossanen, and is so called because the hull does not rely on the development of hydrodynamic lift for efficiency, but stays in displacement mode.

Project 17470, a fully custom 70 metre all aluminium motor yacht of 1.200gt, will feature the FDHD innovation. The Owner has chosen Espen Oeino International to design the exterior lines and Sinot Design for the interiors. Twelve guests will be accommodated in six staterooms. The large Owner’s suite is traditionally located forward on the main deck, whilst the four guest cabins will be located on the lower deck. A VIP cabin on the wheelhouse deck will boast stunning views. 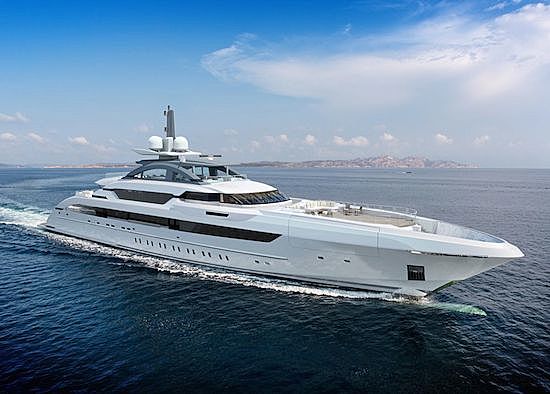 The propulsion package provides for three main engines driving two wing propellers and a central booster water-jet, giving a trial speed expected to be over 30 knots. The details of the 70 metre superyacht are still very much being kept quiet by Heesen, and Maarten was impressed by her progress and volume on his tour of the project. She will be fully presented this September at the 2014 Monaco Yacht Show and is due for delivery in Spring 2016.

The second yacht featuring FDHF technology is Heesen Yachts’ first ever 55 metre steel motor yacht, project 17255. The shipyard announced the hull and superstructure were joined together at the Heesen facility in Oss earlier this year. Frank Laupman from Omega Architects created the elegant lines of this new Heesen yacht, and she boasts extensive outdoor spaces.

Dutch designer Sinot has also been appointed to design the elegant interior of this boat, where twelve guests are accommodated in six cabins. YN 17255 will be delivered to her Owners in Summer 2015 after intensive sea trials in the North Sea, and will reach a top speed of 16.5 knots, with a range of 4,500nm at a cruising speed of 13 knots. 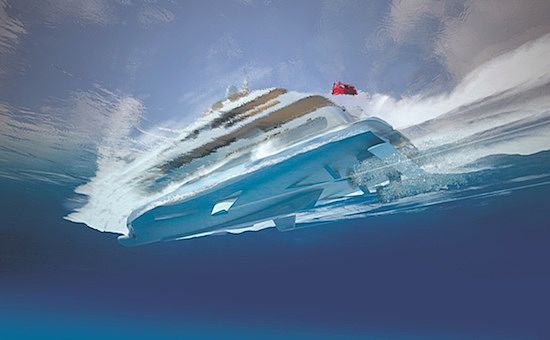 The final project SuperYacht Times had the privilege of viewing was the first yacht of a 42 metre series for Heesen Yachts, featuring the first application of the Hull Vane.

The Hull Vane consists of a foil positioned below the hull of a ship or yacht in a specific location by means of struts or sponsons. The device changes the pressure distribution on the hull thereby reducing the resistance. The foil also generates a thrust force. Studies for a number of displacement motor yachts have resulted in fuel savings of up to 25% and averaging 20% over the total speed range.

Hull Vane also reduces the motion and acceleration of the yacht in heavy seas due to the damping effect of the foil below the hull. When the bow pitches upwards on a wave the foil produces an opposing upwards force at the stern, and vice versa when the bow pitches downwards into a wave trough.

In addition to the three projects presented to SuperYacht Times at Maarten’s recent visit, Heesen Yachts has several other projects in various stages of construction, including the 50 metre fully custom motor yacht, project 17350, and the custom x-bow superyacht, project 16750.