Turkey’s Sarp Yacht shipyard is one of the largest and most modern facilities in the Free Zone of Antalya, Turkey. At 10,000m2, the company is designed for the new construction and refit of motor and sailing yachts of up to 70 metres in length. With their inaugural vessel, a 46 metre motor yacht, already in build and due for delivery in middle of July 2015, the shipyard has announced a full range consisting of five yachts in total, ranging from 28 metres to 58 metres. We visited the yard last month. 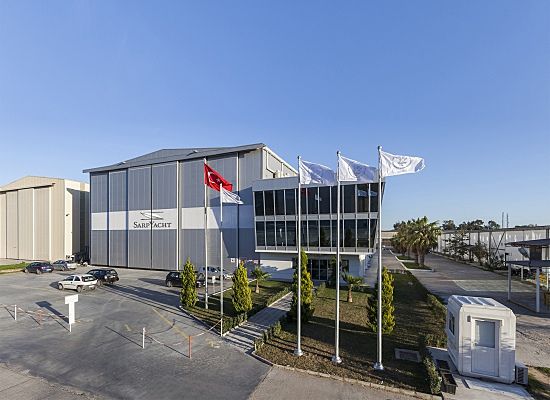 The smallest in the range is the Sarp 28 metre trawler. Within the vessel, weight distribution is controlled by design characteristics and using epoxy sandwich composite for the structure. Commenting on this design method, Tanju Kalaycıoğlu comments, “We are very confident in using this state-of-the-art construction method because the Sarp Yacht team excels in laminating, vacuum bagging and post-curing all types of composites.” The layout will be arranged with the owner and guests midships and forward in the hull. She will have a maximum speed of 12.5 knots, a cruising speed of 10 knots and a range of 2000 nm at cruising speed. 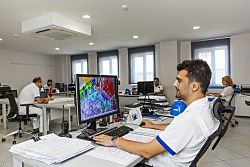 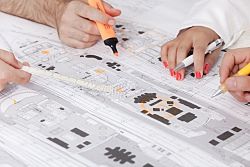 The 40 metre classic tri-deck motor yacht in the range will present exterior designs from Osman Tanju Kalaycıoğlu and interior designs by Stephen Huish. In addition to her on board features, she will also include a RIB 6.3 x 2.3 metre tender and a 4.3 x 2.1 metre rescue boat, which will both be located on the foredeck. She will have a maximum speed of 13.5 knots and a cruising speed of 11 knots. She will accommodate up to 8 guests and 7 crew including the captain. 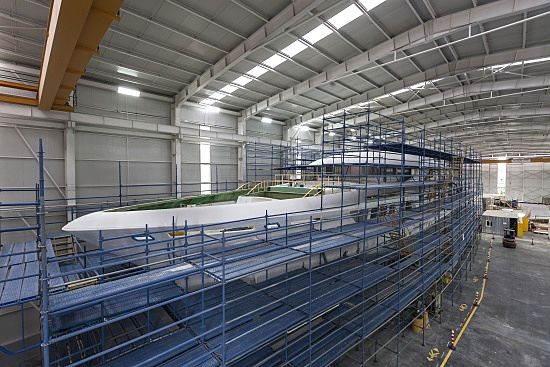 The Sarp sailing yacht in the range will measure 40.40 metres in length and will be a competitive regatta yacht as well as suitable for long voyages. The high performance sloop will feature Epoxy vacuum assisted GRP with carbon reinforcement hull and superstructure and accommodate up to eight guests as well as five crew on board. The largest yacht in the range is a 58 metre tri-deck motor yacht equipped with pod- driven diesel-electric propulsion. When built, this yacht will act as the flagship of the Sarp Yacht brand, and has been styled upon the 46 metre vessel currently in build at the yard. 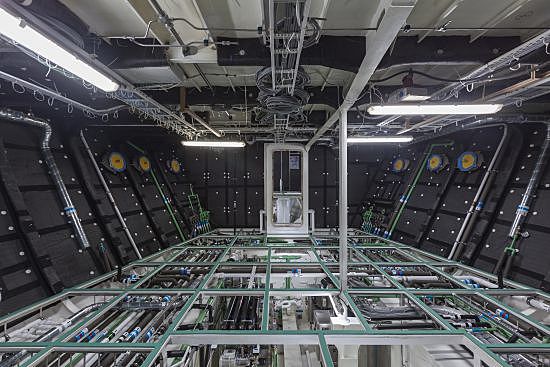 As designer Tanju Kalaycıoğlu comments, “Three fundamental principles are paramount: safety first, form to satisfy function and maximum use of space.” Donald Starkey is responsible for her interior design, which includes a six cabin layout consisting of five guest suites in addition to an expansive owner’s suite. All decks will be accessible through a two person elevator".

In terms of Sarp’s refit facilities, the shipyard offers fully integrated services, including; a full design and engineering office, structural work in steel, aluminium and composite, stainless steel work, engines and propulsion installation and maintenance, teak decks, painting, hydraulics and electric and electronic systems, to name but a few. 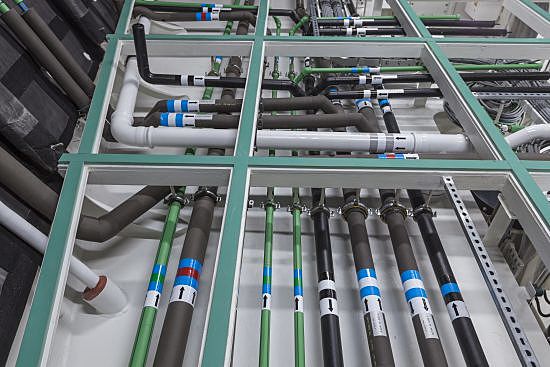 Discussing the shipyard’s facilities and certification, Shipyard Manager, Emre Şandan comments, "We can build up to 70 metre yachts in our facility. We are the only shipyard in the Free Zone of Antalya which has now got the ISO 9001, 14001 and 18001 from ABS and 9001 for the court of the product, 14001 for the environment and 18001 one for the health and safety of the workers. This yard is also building yachts with American Bureau Shipping (ABS) rules, which is also set to be the first ABS build in the Antalya Free Trade Zone".

Safety at the yard is of the highest importance at Sarp, as Şandan explains: "We have a special fire fighting system in our shipyard. We have two of our own watertanks for fire fighting, each holding ten tons of water. This is in case we had a problem with main supply, for example after an earthquake. Also we have 2 backup fire pumps, which work on an indepented gen-set, again as a fail-safe, in case of any problems with the main electirc lines. We have many fire hydrants inside and outside the shipyard, and all of our warehouses have their own CO2 automatic fire fighting systems. On top of that, the shipyard’s main electric panels and IT room have an automatic FM200 fire figthing system".

Perhaps conscious of the reputation of Turkish shipbuilders in comparison to long established European shipyards, Sarp Yachts repeatedly state on mission statements and company visions that they are determined to become a strong leader within the superyacht sector, providing quality vessels from a trusted, quality brand.

With their inaugural project, a 46 metre with an interior by Adam Lay Studio, set to be delivered by in the middle of July 2015 and several other projects in the pipeline, the first steps in their mission to become a leading shipbuilder, has already been made.