Since it’s beginnings in 2004, Hong Kong based company, Kingship, has rapidly established itself as one of the leading producers of superyachts in the world. SuperYachtTimes director Maarten travelled to the yard in China, to discuss current and future projects.

With facilities at ZhongShan port, the company is one of firsts; the first builder in Asia specialising in constructing superyachts with steel hull and aluminium superstructures as well as the first shipyard to build yachts in compliance with Lloyds and MCA in Asia. The quality of Kingship is reflected in the prestigious award from the industry, the title of Best Asian Motor Yacht Builder. They have also been certified with an ISO 9001:2008 Quality Assurance and Management System by Bureau Veritas. 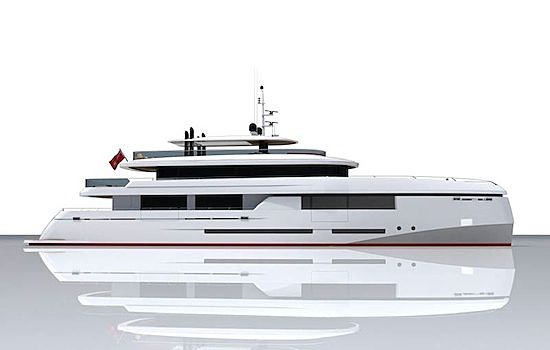 It was founder, Roger Liang’s, firm belief in innovation and quality that brought Kingship into such vibrant life. Bringing together the most efficient, precise and reliable Dutch and German engineering, top quality European and US marine equipment and highly skilled Chinese craftsmanship, every Kingship yacht combines classic comfort and elegance with innovative ideas and technology. SuperYacht Times’ Maarten Janssen visited the shipyard in April, and viewed the three projects the shipyard are currently working on, the new build project, Green Voyager, refit of superyacht, Star, and finally, the new concept Catamaran series. 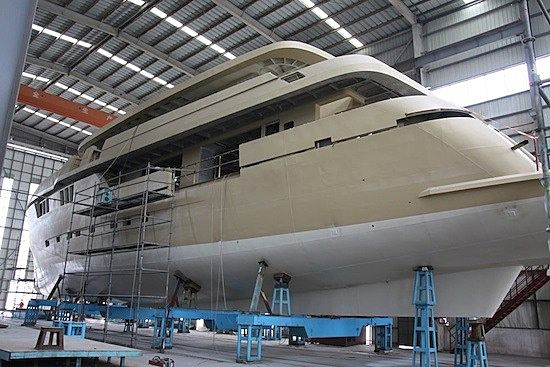 44 metre Green Voyager, is currently in mid-build, and is due to be delivered in 2014. She is powered by twin C32 ACERT Caterpillar engines, giving her a top speed of 16 knots and a cruising speed of 13.5 knots. The revolutionary design concept combines luxurious comfort and environmental responsibility using specially designed equipment to ensure the most energy efficient and low emission yacht. 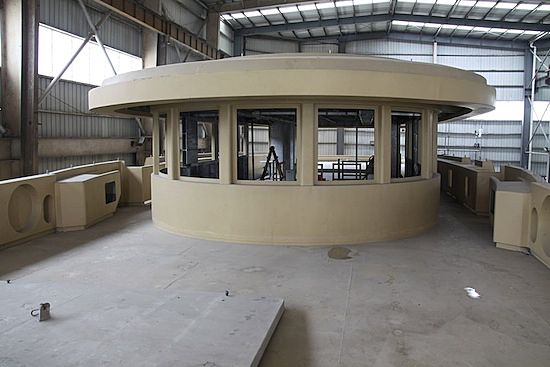 Kingship is constructing this yacht for an Owner who seeks a high quality, low cost and low-impact motor yacht to cruise the world. One of her many fuel efficiency methods is an innovative power management system, with the requirement for her generators being only 2x 65kW, versus the standard 100kW used on a yacht of her size.

Inside, Green Voyager features a five stateroom layout which extends living spaces to the exterior with full height windows and folding platforms which create lateral sea terraces. The ocean is further enjoyed with large open deck spaces on the sun deck, bridge and main decks forward and aft. 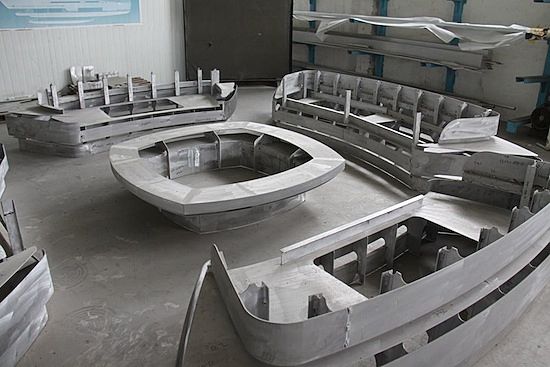 Kingship intends to achieve the highest Platinum level of Green Star Plus and hopes, in some areas, to exceed it. This means Kingships’ engineers and designer Axis Designs of Viareggio are concentrating on increasing efficiency in every area. Solutions will include heat reflecting glass, high efficiency insulation, heat recovery, heat pump calorifiers, gas treatment, ultra efficient props, and bio lubes, to name but a few.

Green Voyager’s hull and superstructure are now complete, but with no seller on the horizon, Kingship have shifted their attention to their second project, the refit of Star. 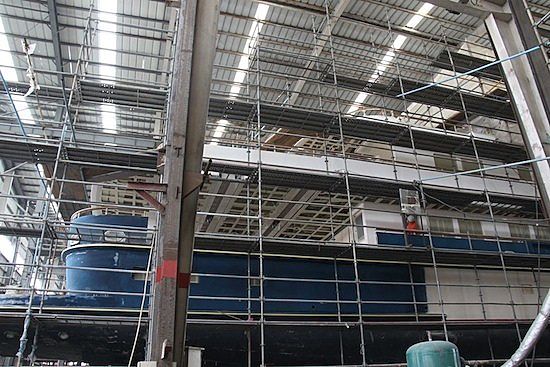 Star was conceived as an adventurous luxury superyacht, aimed at sailing across the world's oceans. Designed by Vripack and built by Kingship in 2012, she was actually the first vessel to be launched by Kingship, and worked to confirm a solid reputation in the superyacht industry whilst proving the shipyard’s capacity to deliver top quality vessels at this level. The inaugural project boasts a traditional exterior look with lines showing a clean but interesting style. With a navy blue hull and crisp white superstructure, her smart and classic silhouette has connotations of a 60s style superyacht, built for both adventure and comfort. Star has a confident look that houses modern and refined interiors, with a laid-back and relaxing style. She easily accommodates up to twelve guests over five luxurious cabins, consisting of two doubles and two twins in addition to an impressive master suite. 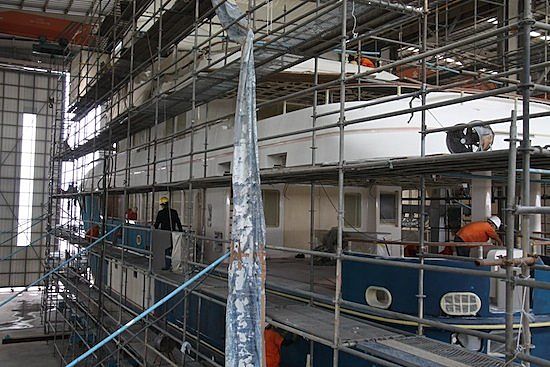 In regards to the current refit, Kingship are making small changes to the interior, as well as changing the new hull colour. The reason for such a recent refit is to make the yacht more appealing to a US market, as well as to ensure the boat is presented in its best possible light at the upcoming yacht shows around the world. Kingship founder Roger Liang comments, “We are planning to bring the boat to the Monaco Show. It’s our first boat to be presented to the market so we want it to look brand new. It’s actually a new boat but we want to present it in such a way that it’s really impressive, so we’re doing some interior work.” 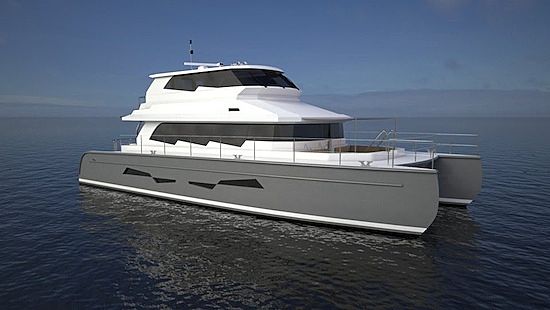 The third and final project being undertaken at the Kingship shipyard is the new catamaran series. The Kingship 55 Catamaran Motoryacht has been designed to offer more space and luxury than conventional yachts of the same size. With naval architecture and engineering by Bill Prince Yacht Design, Inc. The Kingship 55 Catamaran benefits not only from Kingship's excellent yacht building experience but also pedigreed engineering with an eye towards modern luxury. 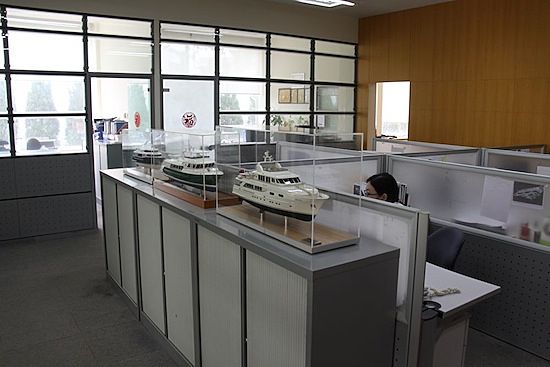 The Catamaran can be custom-tailored to each owner’s performance preferences, be they for brisk, efficient cruising or just occasional outings at a hull speed of more than ten knots. With a beam spanning 7 metres, the Kingship 55 Catamaran feels like a much larger yacht inside and out. Four luxurious staterooms are available below decks. Discussing the project and it’s target market with SuperYacht Times, Roger Liang stated, “the Catamaran is conceived for the Chinese market. It’s a new market and it’s a market for people that are not familiar with yachts. So this catamaran has a lot of space. The Chinese always come with a lot of people, they want to use the boat for meetings, for entertaining, for family. One of the versions of this catamaran will be able to use an upward engine. It would be so simple that it will work very well in a market that is just beginning. It is conceived for China, but it will also work very well worldwide.”