Designed by Philippe Briand, exclusively built by Picchiotti and brought to the market by Vitruvius Yachts Ltd., the Vitruvius Yachts are superyachts ranging from 44 to 73 metres. The Galileo G (55m) is the second model in this series produced by Picchiotti, the Perini Navi brand dedicated to motor yachts. On Saturday I was invited on-board this magnificent vessel for some of the first sea trials. 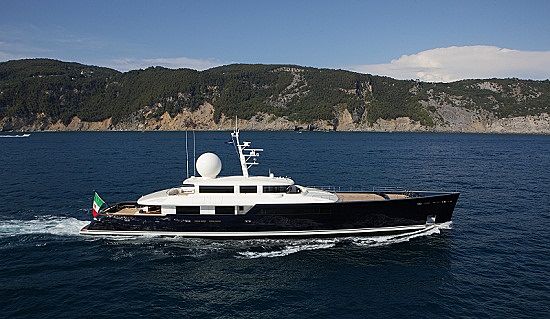 On board I had a chat with designer Philippe Briand, who explained that the Vitruvius series derives its name from the Roman architect Vitruvius Pollio, the first to describe the perfect proportions in architecture. Leonardo Da Vinci based his works and drawings on Pollio’s first scriptures and paid homage to him in his drawing of The Vitruvian Man. The Galileo G is a perfect example of these characteristic proportions, particularly due to its superstructure-to-hull ratio. Philippe used his extensive experience in designed sailing yachts, to come up with a highly efficient motoryacht.

Galileo G, like her sister the 50 metre Exuma, is an explorer, designed to meet its owner’s demands that she would be equipped “to go everywhere”, including the Northwest Passage, the route between the islands of the Canadian Arctic Archipelago where the Atlantic and Pacific Ocean meet. This Vitrivius was constructed in order with the guidelines for Ice Class 1B, meeting the demands for crossing the Northwest Passage. 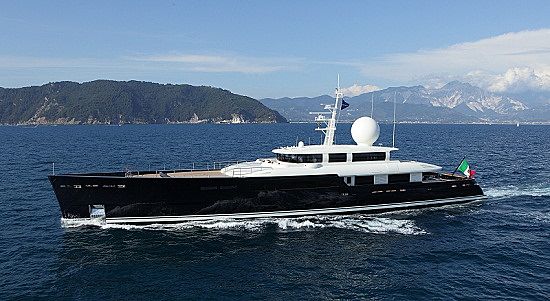 The Galileo G was designed for 'Winterization,' a denomination that is obligatory for operating and navigating in geographical zones characterized by very low temperatures. Much of the yacht's equipment has been made in order to function at low temperaturs, and and made to prevent freezing. A good example is her clean flush foredeck, which prevents water being trapped, and consequent ice built-up. Heated winches and gaskets prevent further ice formation. 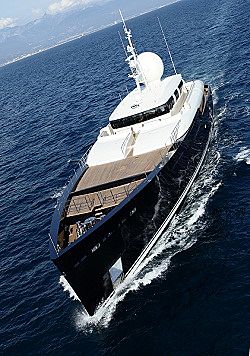 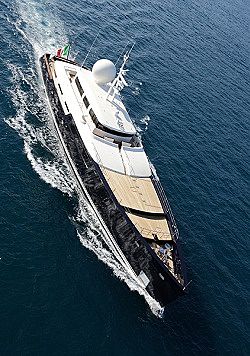 Galileo G is fitted with an Ice Belt, positioned around the waterline, especially at the stern, centre and bow, at 400mm above the waterline at full load and at 500mm under the water line at light load. This belt must be able to carry loads of up to 55t/m². Above all, the steel used in the construction is thicker (25-30% above the norm), making the structure resistant to possible collisions with floating ice. 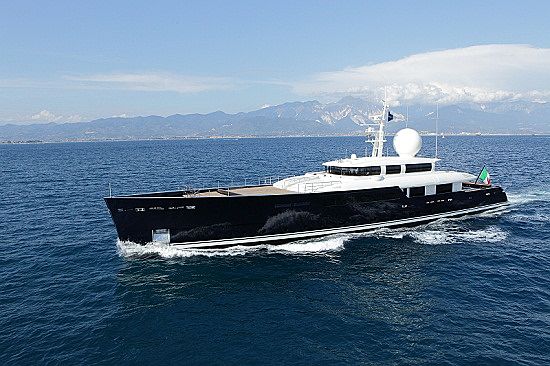 During the presentation on Saturday, Burak Akgul, manager of the Perini Istanbul-Yildiz shipyard, pointed out that the yacht was in fact not designed to break ice, but rather be able to navigate in areas where there is the possibility of crossing areas that contain 40 cm of multiyear ice. Multiyear ice has distinct properties that distinguish it from first-year ice, based on processes that occur during the summer melt. Multiyear ice for example contains more air pockets than first-year ice.

To detect ice, Galileo G is equipped with a retractable telescopic ice-detection sonar connected to a 3D monitor in the wheelhouse. This will detect submerged and semi-submerged obstacles along the course, at a distance up to 1km. 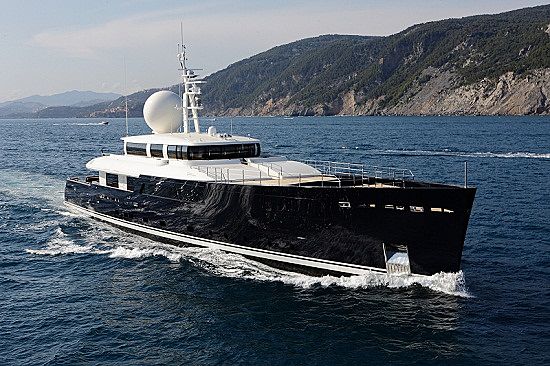 Reinforcements on board Galileo G are strong enough to withstand high loads were used not just in the Ice Belt, but also in all of the appendages that protrude from the hull under the waterline: The rudders are fitted with ice knives, propeller blades are made out of Nibral: Nickel-Bronze-Aluminum, and her stabilizers have reinforced beams and attachment areas.

Galileo G has three tenders: one 9.5m Hurricane Zodiac tender with an aluminum hull and reinforced tubes, one 6.3m Smuggler tender, and one 4.2m rescue tender. Two Lasers and four kayaks are also on-board. The yacht’s life raft system is heated, to ensure the ability to deploy the life rafts even in freezing conditions. 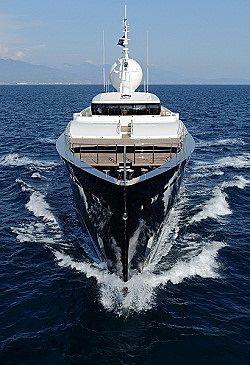 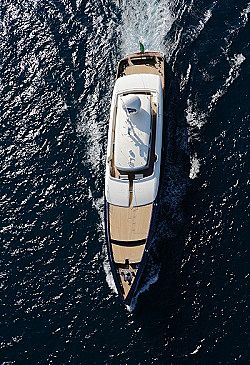 One of the yachts most dominantly present features, her V-Sat Marine Antenna Seatel Cobhan 9797, has a dome diameter of 3,65m, and holds a 2,4 metre satellite dish. This ensures for hi-speed broadband internet connections on board.

Galileo G’s construction time was approximately 40 months. The contract was signed in April 2008, some 8 months after the her predecessor Exuma was signed. The third unit in the Vitruvius range, a 73 metre, is currently in built at the Perini Istanbul-Yildiz shipyard in Turkey, and will be transported to Italy early 2012 to be completed.

Unfortunately photos of the yacht’s interior are not being released for now, but we can reveal that she has a beautiful Mahogany and Wengé interior, adorned with the owners personal marine life photographs.

Galileo G will be presented to the public late September at the Monaco Yacht Show.