The Vittoria Shipyard in Adria, near Venice on Italy’s Adriatic coast, has set up a new division, Vittoria Yachts, and plans to start the on-spec build of a 54-metre explorer yacht designed by Hydro Tec. 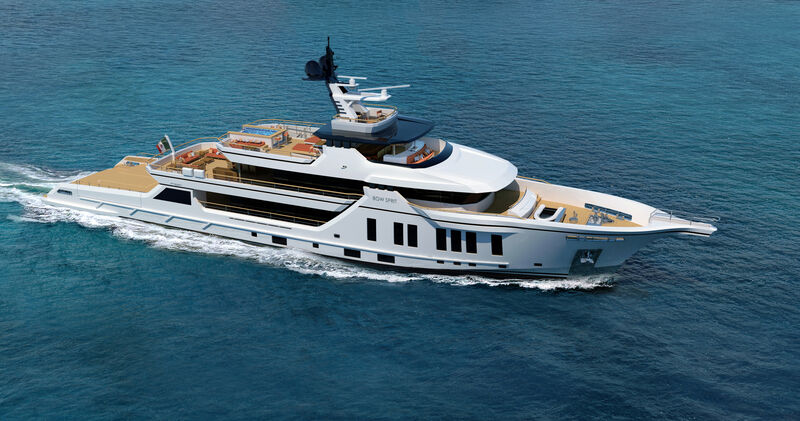 Photo: Vittoria YachtsEstablished in 1927 and managed by the fourth generation of the Duò family, the shipyard has around 300 employees and covers an area of 22,000 sqm (of which 8,000 sqm are covered). As well as steel-hulled working vessels, the yard specialises in military craft such as fast interceptors and self-righting search and rescue boats. It recently delivered two 58-metre vessels based on the Damen Sea Axe platform to the Italian Finance Police. 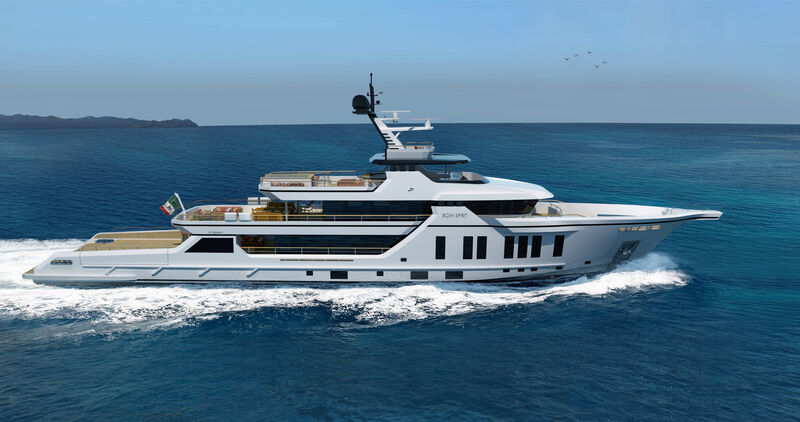 Photo: Vittoria Yachts“Although Vittoria has had yacht enquiries in the past, the Duò family preferred to focus on its core business,” says Michele Zorzenon, Yachts Division Manager & Partner. “The shipyard is now ready to diversify by building superyachts to the same high-quality, seaworthy standards as its military vessels.” 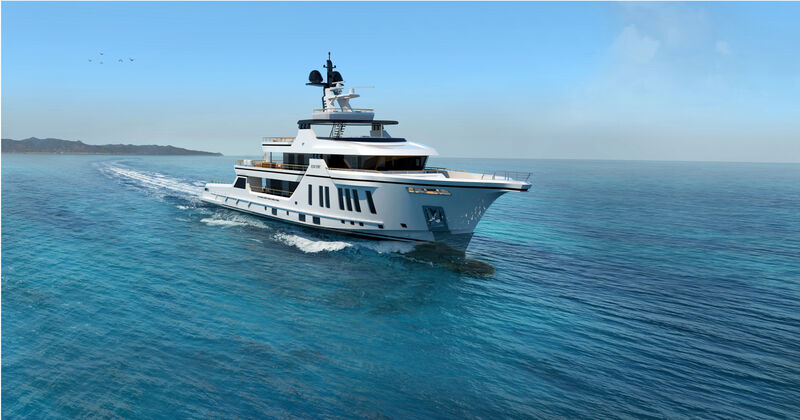 Photo: Vittoria YachtsVittoria approached Camper & Nicholson to consult on the state of the market. The brokerage house advised the yard to focus on a project that was significantly different to anything else currently available and that drew on its in-house technical expertise. An explorer yacht made the most sense and Sergio Cutolo of Hydro Tec was commissioned to come up with the concept design and naval architecture.

The result is Project Bowsprit, a 54-metre explorer of just under 500 GT named after its defining feature: a long bowsprit that extends beyond the prow and lends the motoryacht its distinctive profile (the bowsprit and pronounced flair means the waterline length is closer to 47 metres). 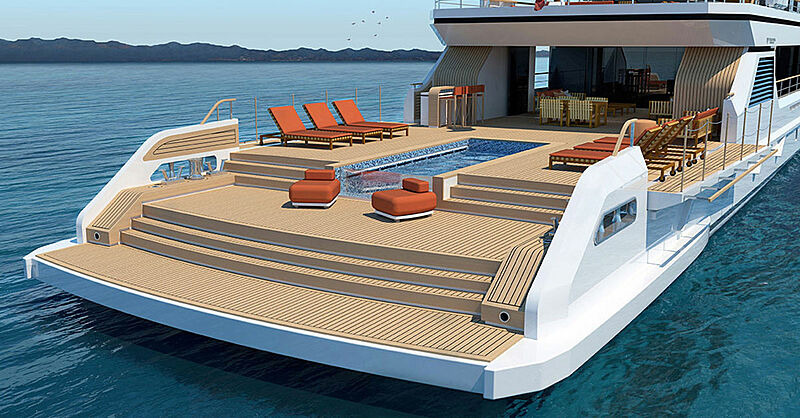 Photo: Vittoria YachtsThe bowsprit and purposeful profile recall the look of a fishing trawler, while the diagonal extensions to the rub rails along the sides are a feature of some working boats but also a practical precaution when tenders are alongside.

True to its function, Project Bowsprit has an open aft deck for carrying toys and for use as a terraced beach club. With a 5-metre pool that can be covered when not in use and fold-down bulwarks, the open deck area covers some 140 sqm. 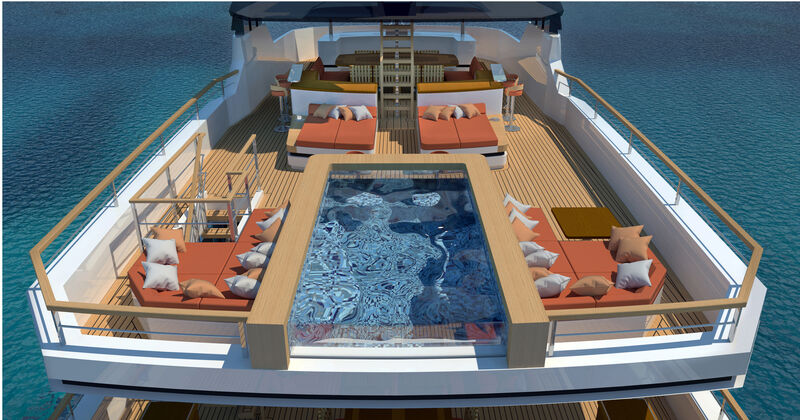 Photo: Vittoria YachtsAn unusual aspect of the layout is the tender bay amidships on the lower deck, which can be accessed by stairs on both sides of the main deck. This means the engine room ventilation shafts are further aft; the space between them and the main salon is used for a ‘winter garden’ space that can be open or closed off with sliding glass panels.

The galley and master stateroom, including office and walk-in wardrobe, are on the main deck forward. 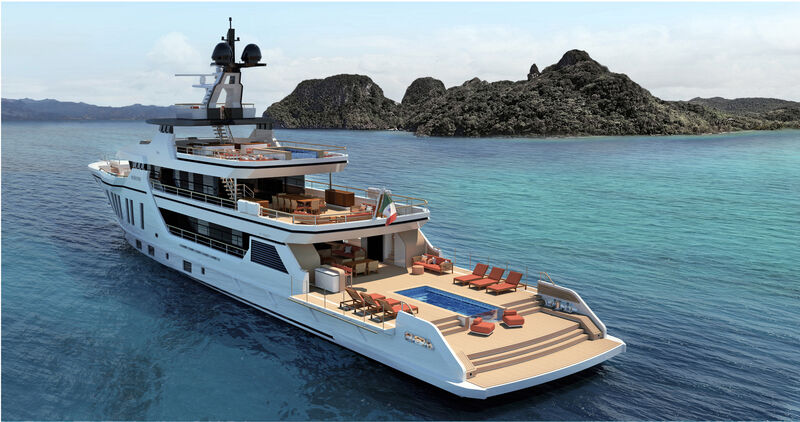 Photo: Vittoria YachtsAnother of C&N’s recommendations was that there should be the option of having six guest cabins. In the standard layout there are four ensuite cabins on the lower deck, but the full-beam VIP suite amidships can be split into two separate cabins, or have a sliding partition to provide a private lounge/extra cabin.

Forward of the guest accommodation is a crew mess, laundry and four crew cabins. The captain’s cabin is on the bridge deck. 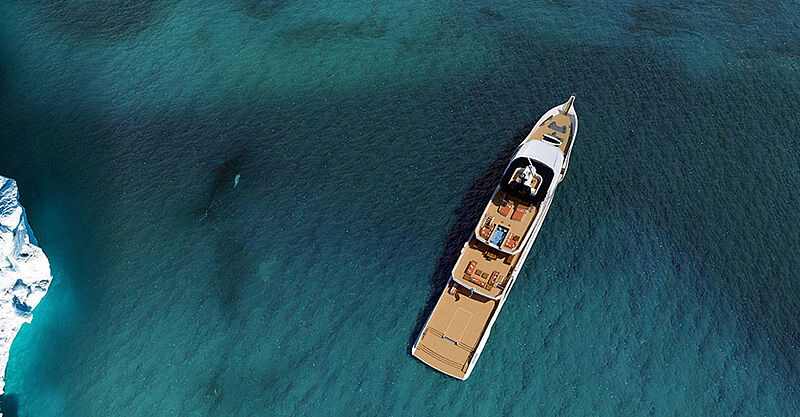 Photo: Vittoria YachtsAlso unusual is the wheelhouse design with a walk-around console and a day sofa in front that looks through the full-height windscreen over the foredeck.

The sun deck with dining facilities, bar, sun loungers and a second pool is topped by a crow’s nest or observation deck.

“This is a yacht designed for open-air living,” says Sergio Cutolo. “In addition to the main deck, there’s another 80 sqm on the upper aft deck and 110 sqm on the sun deck. That’s a lot of al fresco real estate for a yacht under 500 GT.” 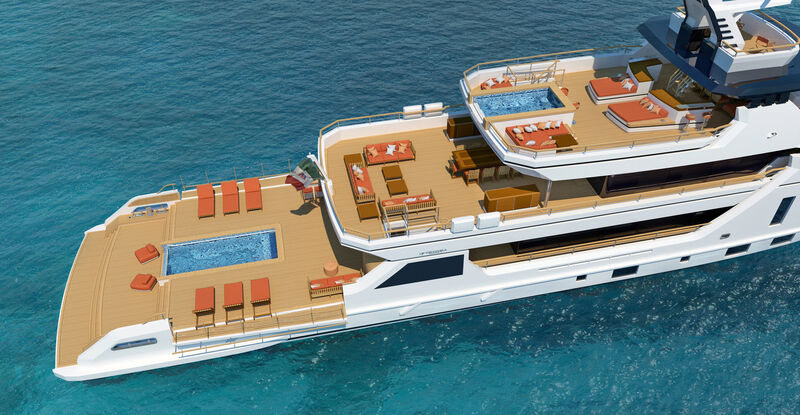 Photo: Vittoria YachtsPowered by MTU 16V2000M61 engines, the yacht is expected to have a top speed of 16 knots, a cruising speed of 14 knots and a range of in excess of 6,000nm at an economical speed of 10 knots. 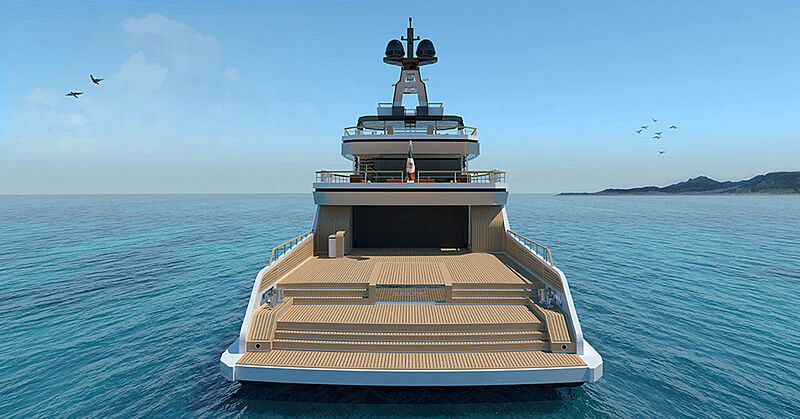 Photo: Vittoria YachtsVittoria intends to start cutting metal in the first quarter of 2021. The steel hull and aluminium superstructure will be assembled in Adria, but the fitting out will happen at a new facility to be completed by the end of next year up the coast in Monfalcone. 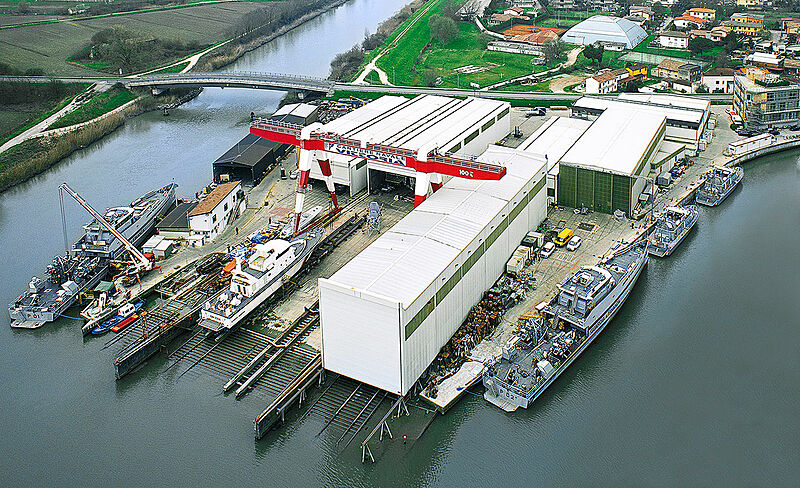 Photo: Vittoria YachtsCovering around 20,000 sqm of private land and a further 13,000 sqm of state concession, the new yard involves restyling the entire area to provide a quay, construction hangar, administration building, covered dry dock and space on the hard.  Apart from finishing superyachts, the facility will be used for the refitting and repair of yachts up to 70 metres. 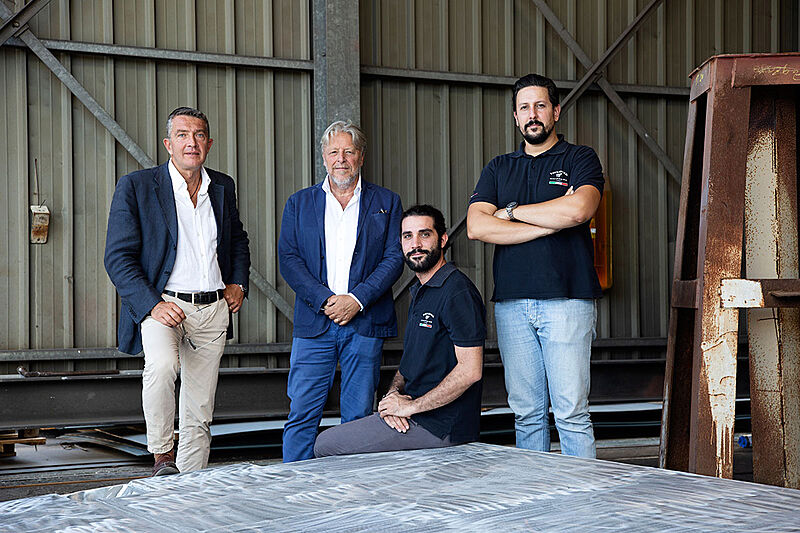 Photo: Justin Ratcliffe“The military craft we build have technical specs that equal or even exceed those of most superyachts,” says Michele Zorzenon. “As a yard with a long history and a proven track record, we feel the time is right to transfer that expertise to building yachts.”