Vittoria Yachts has announced a new superyacht model, the 32-metre Veloce 32 Raised Pilot House. The model is set to debut at the Cannes Yachting Festival, which will take place from the 7th until the 12th of September, 2021. 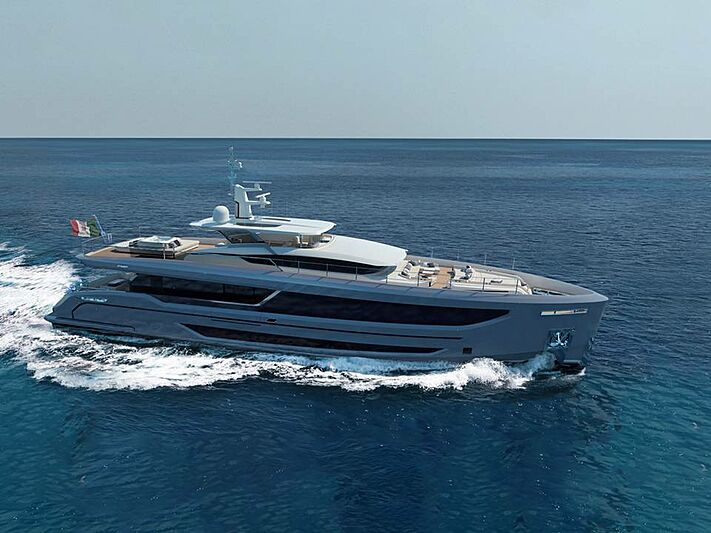 The Veloce 32 RPH has been designed by Sergio Cutolo of Hydro Tec, based on a design brief consisting of the ability for year-round navigation and high-performance at any speed. Her exterior aesthetic is characterised by her vertical bow, bold lines and a raised gunwale.

On deck, the Veloce 32 RPH features a canopied sundeck, allowing for the space to be protected from the elements and used year-round. To help connect her interior and exterior, a wide, open balcony accessed from the dining area provides plenty of fresh air and an al fresco feel.

Michele Zorzeonon, Vittoria Yachts’ CEO remarked, “We are proud to present just a few months after embarking on this challenge, our fourth division. The Veloce project originates from a eureka moment at the pier: combining speed with high-quality materials. We then developed the idea with a key industrial partner, thanks to the invaluable collaboration of Sergio Cutolo and Hydro Tec, who took care of the design process, including the ship’s interior. We will start building Veloce from next October, but we will be presenting the design to the public at the biggest boat show in European waters, the Cannes Yachting Festival.”

Her interior will be “light, fresh and modern”, according to her builders, and will feature bespoke furnishings from Poltrona Frau. Seamless sliding doors and large windows will be used, to provide views throughout the superyacht. 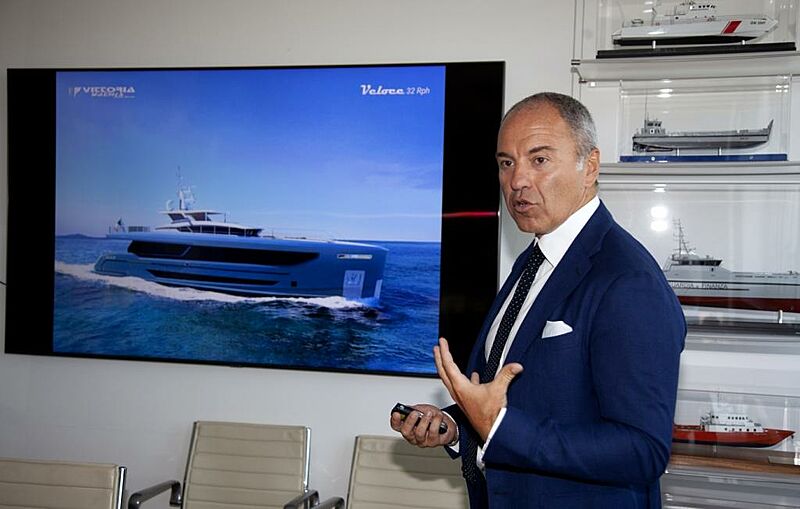 The superyacht’s hull and superstructure will be constructed with aluminium and it has been designed with forward-thinking solutions, such as her low profile wheelhouse with reverse windshields, allowing for maximum visibility. Mattia Duò, sales engineer at Vittoria Yachts, commented, “Veloce is the culmination of all the experience gained by the Vittoria Shipyard in meeting construction challenges in the military and paramilitary sectors. We have invested all our skills into this project and we have tried to reinterpret the concepts of leisure and travel, adapting them to yachting: safety, comfort, efficiency and innovation, aspects of the boats that have served, and continue to serve, the biggest national and international navies and military corps.

Performance-wise, the superyacht will be equipped with twin MAN D2862 LE476 engines, which provide her with a top speed of 20 knots and a range of 1,800 nautical miles while cruising at 15 knots.