The Dutch designers at Vripack were recently asked by a client, to "design a yacht with all the features of our traditional Brazilian house?” Their reply was; "yes of course, why not"? 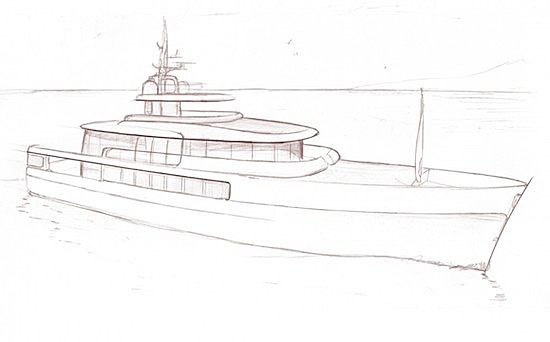 Robin de Vries, designer at Vripack explains; “The owner is in a time of his life where his children are old enough and his parents are young enough to join him on long voyages. They are active adventurers who will be cruising to harsh environments, so naturally they require the ability to be comfortably inside together while still enjoying the outside ambiance in its entire splendour. With three generations, plus captain and crew, there’s definitely a lot happening on this boat. The layout of this globetrotting vessel is therefore one of its key features.” 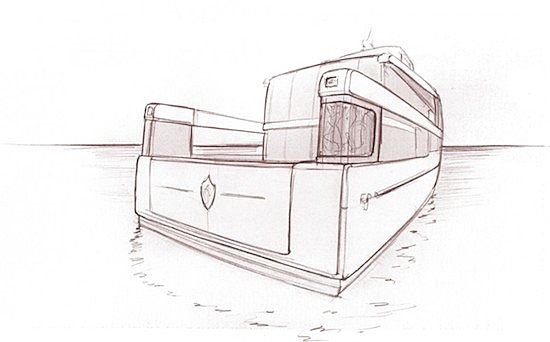 “Without proper guidelines this could easily lead to something extremely modernistic. For the owner it still has to look like a yacht. Not just a fancy object. It needed to be fresh and modern yet keeping traditional yacht lines. It isn’t a building; it’s a ship and it needs a bow”, adds Marnix J. Hoekstra of Vripack. 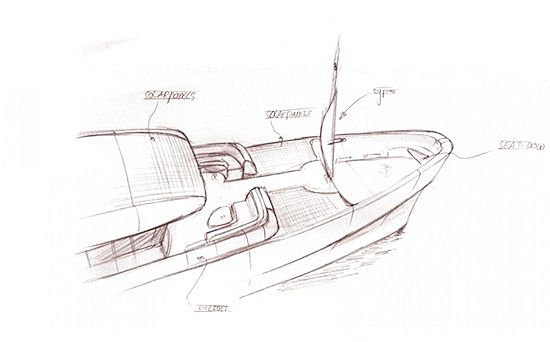 The designers came up with a yacht that is quintessential Brazilian, and caters to both privacy and openness, that is designed to sail around the world, from the Amazon or the Arctic. Robin de Vries says “The layout allows for the several different functions of a multi-generational family. She will sail all around the world, whether it is the Amazon or the Arctic and the Brazilian house architecture gave something unique to our yachting industry; the Hortus”. 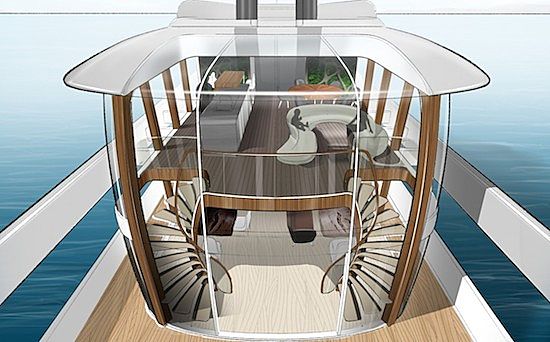 “We basically shifted the traditional Sky Lounge backwards creating a full glass observatory. In front of that we placed the Hortus which functions as a breeze way. Surrounded with glass bulwarks the area is open to the sides. The Hortus can be easily cooled down, heated but better yet while sailing or at anchor you can be safe with the kids in the elements, thus experiencing the great outdoors as never before.” Following the “we are Nature” trend, Vripack took inspiration of the shapes of leaves as a pattern for the deck and integrated furniture giving the feeling of openness and spaciousness. Below decks, the layout features a large parents’ room which directly connects to two kid’s rooms. There is the option to keep all rooms open as one giant family suite. The main deck aft remains obstruction-free, which ensures ample space for numerous toys and tenders as well as the elderly and tricycles. 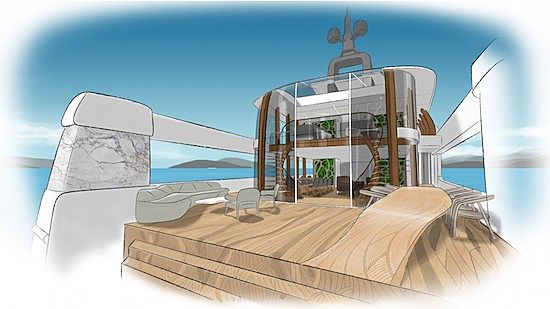 “We have a tremendous amount of experience in modern explorers, but it’s the new degree of contemporary architecture in this concept that’s so exciting for us. With the lack of a traditional aft deck and the addition of a Brazilian-House-inspired open middeck the owner lets us know that we crafted a contemporary globe trotter that sets a new standard yet again,” concludes Marnix.