Dutch design studio Vripack has revealed their latest superyacht concept, an 85 metre explorer vessel designed for an experienced yachtsman. She will accommodate up to 14 guests as board, as well as a crew of up to 26. 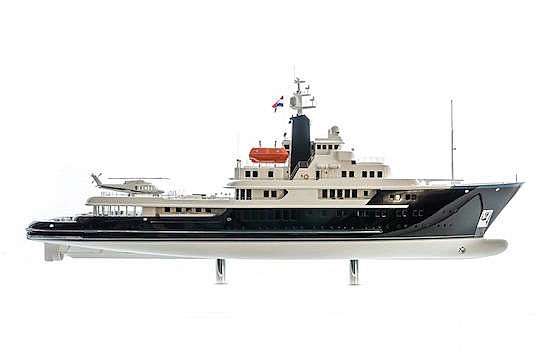 Powered by Caterpillar 3516B DITA engines, she will have a maximum speed of 18 knots and a cruising speed of 13 knots.

Commenting on the concept on their Facebook page, Vripack says, “After having sailed world-record-breaking regattas the owner's trigger for his next yacht was a purposeful Smit Tak ocean Tug. With her 18 metre high bow, this 85m Explorer surpassed all expectation combining her husky look with an ultra sensible layout - including a 10x4 indoor swimming pool.”