Wahoo has opened the order books for its sensational new high-performance Barracuda. The 600 HP, 10m, luxury RIB launches with a class-topping performance which should see the boat hitting more than 80 knots on full throttle. 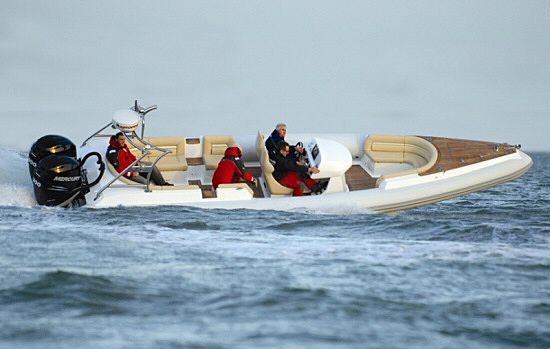 Wahoo believe that her performance, coupled with an exceptionally luxurious on- deck experience have created a new standard in the super yacht tender and leisure RIB markets.

Managing Director Paul Holland said: “We’ve built a grand tourer for the oceans. If the Barracuda was a car it would be up there with the Aston Martin DB9 and Maserati Gran Tourismo.”

The luxury tender sector is just one of the marine markets being targeted by Wahoo. At £138,000 excluding VAT, the Barracuda also fits in at the top end of the leisure RIB market for those seeking an adrenaline-filled experience on water.

She is fitted with two super-charged Mercury Verados which deliver rapid acceleration and an estimated top speed of over 80 knots and a more sedate 50 knots cruising speed. The driver and his co-pilot are cosseted in a pair of racing seats straight from the cockpit of a super car, whilst passengers can recline in the comfort of highly padded U-shaped bench seats fore and aft. 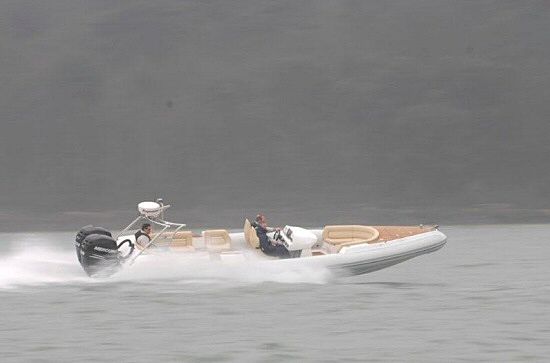 The key to Barracuda’s performance lies in its hull design which has been developed from a family of race-winning power boats. The deep “V” hull was originally designed by the world-acclaimed marine designer Lorne Campbell – the name behind a host of incredible race machines including Bladerunner which broke the Round Britain World Record in 2005 (27 hours and 10 minutes).

Like all the best powerboats, it’s not just about straight line performance. The Barracuda handles the sea incredibly well without the bow-up attitude so common on powerful RIBs. The Barracuda is the first production boat from Wahoo, a limited company based in Fareham, Hampshire.