Since the Osprey 37 Cabrio was announced as HISWA Boat of the Year 2006 in the motor yachts category, a lot has happened. Unanimously the jury chose the Osprey; "the attractive and extremely detailed design, high-quality technology and impressive performance were instrumental in the jury’s’ decision," according to jury chairman Hugo van Wieringen. Built by Wajer Yachtbuilding and designed by Vripack, the Osprey had spectacularly proven its worth during earlier testing on the IJsselmeer lake. 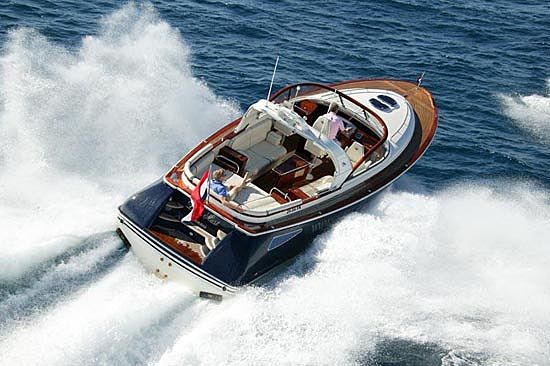 Osprey Hardtop
While the winning of the award was a crowning achievement, Wajer Watersport director Dorus Wajer and his team have not been sitting still. Together with Vripack, a second model Osprey was designed and built, the Osprey Hardtop (HT). The Osprey HT has been based on the same hull and Volvo IPS configuration because its value has been well-proven by the success of the Osprey Cabrio.

The Osprey HT which comes with an electrical sliding-roof offers comfortable living conditions under any weather circumstances. With a double bed plus separate toilet in the forward cabin and the on-deck galley under the hardtop, the layout of the Osprey HT can be linked to the layouts which were often found on Scandinavian boats.

Pure luxury
Wajer Watersport designed the 11-metre Osprey in a different way than other boats of comparable size. "We thought about the appearance and layout of this boat for a long time, in close cooperation with the stylists and architects from Vripack,” Wajer continues. “The result is a striking retro boat with sleek lines, every tiny detail of which has benefited from the most careful design." 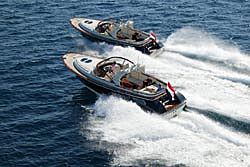 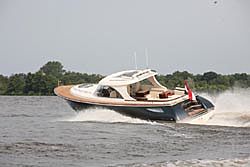 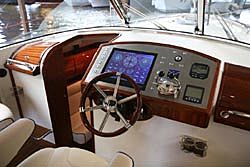 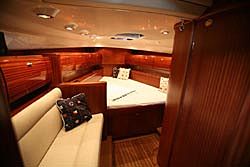 The Wajer Osprey is intended for people who accept nothing less than premium quality. A top speed of 40 knots, generated by the latest Volvo IPS 400 propulsion technology with the new IPS joystick, turns the Osprey into the epitome of open-air freedom. The boat can also be closed off at a moment's notice by means of the convertible top, making her suitable for use all year round. Comfortable onboard facilities mean that the versatile Osprey 37 is also ideal for longer-distance cruising.

Successful start
The first Osprey was launched in the spring of 2005. Fifteen boats are sailing and four are currently under construction at the brand-new Wajer Jachtbouw yard in Heeg, which was officially inaugurated by the Queen's Commissioner in Friesland in February 2007. Over twenty craftsmen are working on the production.