The second 100 footer is in the water after only one month from the delivery of Indio: the new Y3K was successfully launched during a private ceremony. She is a further development of the current Y3K: the owner is a truly passionate sailor who enjoys cruising with his family as well as competitively racing. 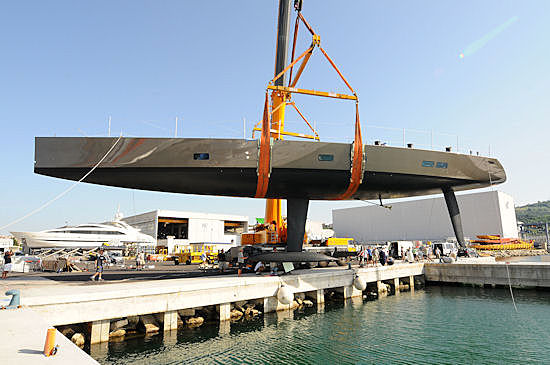 The new Y3K is designed to perform all-round: the sail plan is very powerful, the hull is characterised by large volumes, the appendages derive from those of the latest America’s Cup Class boats with the trim-tab fixed keel, the rigging is in PBO, the mast is in super high modulus carbon fiber, and the 3-meter long bowsprit allows for more downwind sail area.

The deck layout features from bow to stern, the slim coachroof with the central skylight to give natural light to the central corridor down below, the social cockpit amidships with table and seats for eight people, the twin helmstations, the flush deck area between the sleek coamings with the central skylight over the main saloon, and the aft raised Terrace on the sea, which serves as a second cockpit to safely enjoy sailing. 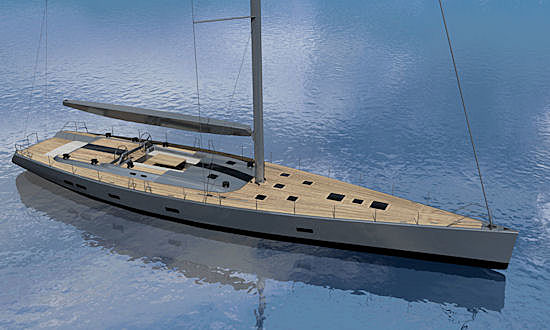 The interiors accommodate six-eight guests and four crew. The owner stateroom is forward with a large queen size bed, plenty of storage cabinets, and the forward en-suite. Two identical guest double cabins are on either side of the central corridor, both with two beds and one pullman and the en-suite. The night area (owner’s and guests cabins) is separated from the crew, navigation and service area by a door to enhance privacy and quite.

The main salon is aft and opens onto the raised Terrace on the sea. The Wally 100 is an extremely versatile project suitable for the most competitive regattas as well as for round-the-world cruising. It comes into two versions: the flush –deck (Y3K, Indio, the new Y3K) and deck-house characterised by four guest cabins (+ two crew cabins). A truly high performance blue-water yacht. 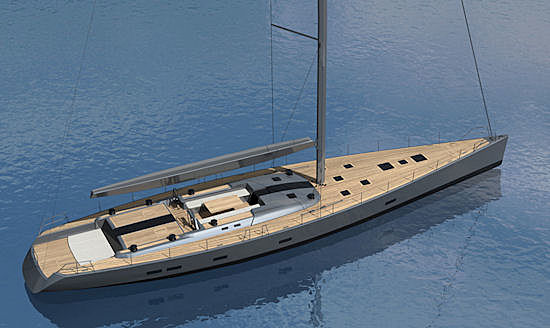 The construction of the new Y3K used the latest advanced composite technology with pre-preg carbon to keep the displacement to only 57 tons. She will make her first appearance at the Maxi Yacht Rolex Cup in Porto Cervo, September 6-12. The fourth Wally to be launched this year is the Wally 80.6 Bagheera, scheduled to go into the water end September.