Home > News > What ever happened to M/Y Mascot?

Sometimes, well known superyachts just seem to disappear off our radar for a couple of years, and we loose track of them. Last week I featured the 1977 Benetti Galu. About ten years after her launch, Galu was sold to White Yachts Inc of America, and underwent a major refit at the Codecasa yard, which gave her an new Bannenberg designed interior. I had lost track of the yacht since, but following our article, received news that the yacht is currently in the Genoa area, although it is still not sure if the yacht is laid up, or being refitted. Hopefully I can bring you more news soon. 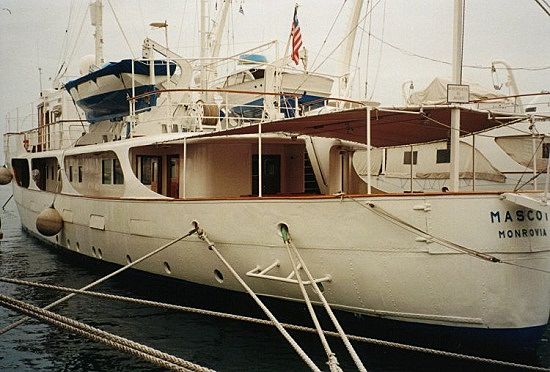 Today, I am trying to find out what happened to superyacht Mascot. Mascot (built as Mascotte), was launched in 1958, by a shipyard called 3.MAJ. She measures 45 metres, which means that in the 1950's she was high ranked in the top 100 largest yachts. The yacht is constructed of steel, and has an approximate gross tonnage of 330 tons.

She was originally powered by twin 720 hp Sulzer diesels, but these might have been replaced in her near 55 year history.

We would love to see some recent photos of the yacht, so if you have seen her lately, please drop us a line!