The 2nd of April 2008 saw another milestone in the ongoing development of the Ocean Independence Group, with the acquisition of the highly respected and long-standing British brokerage firm, Cavendish White. In this interview with managing partners Nick Dean and Peter Hürzeler we ask them to give us the inside story of why and how this merger came about.

"Since June 2005, when Ocean Cruise was re named Ocean Independence following the acquisition of a number of companies, the group has continued to establish itself with great success in the luxury yachting market. The original goals of increased sales and charter and greater quality were reached at a faster pace than imagined and due to this, we could look again for new opportunities to boost the group’s capacity and secure an even brighter future.

In today’s competitive environment it is considered that a successful yachting company usually follows one of two models. Either a fairly small “boutique style” brokerage house that addresses a small number of local Clients and local yachts, or an international organisation encompassing worldwide locations, multiple yachting services, with the necessary manpower, know-how and experience to cater for all Clients and yachts, in all regions. The latter requires considerable financial means and stability, an excellent reputation and track record, and a willingness to set in place and maintain structures that are built to last, something that Owners and Captains of larger yachts look for in their brokerage company and benefit from.

Since 2005 Ocean Independence has been counted amongst the select few yachting companies that offer the required market presence and authority to deliver top quality service in all sectors. But our vision was not yet complete and with the belief in a nearly unlimited ability to improve, no matter how good something already is, there is always room for growth.

With this in mind, OCI started to look seriously at opportunities to further increase the strength of the company’s network, as we will always continue to do, and found the answer in Cavendish White." 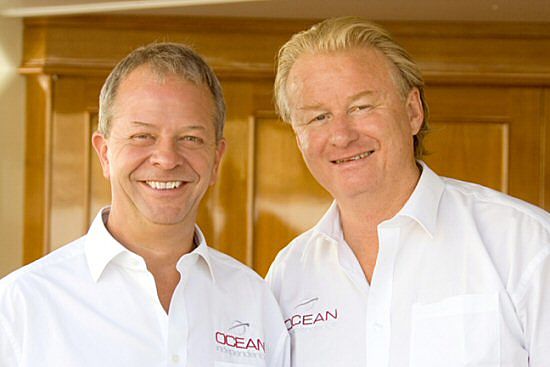 Why Cavendish White?
"Principally it all started as a discussion between friends. Both of us have known Michael White for over 20 years and we have worked closely together, not only on sales and charter, but also during our considerable time on the Board of the Mediterranean Yacht Brokers Association (MYBA). Peter and Michael have both been President of MYBA and I headed the Charter Committee for many years before leading the Tax and Law Committee through some of the recent major changes in our industry.

During countless meetings, a comfortable understanding of each other and a deep mutual respect had developed, as well as the realisation that we were basing our business operations on the same core values and ethical standards. This was a critical factor to all of us. Looking for natural fits, for win-win situations, for a counterpart used to dealing with matters similarly to us, in other words making sure our Clients would be comfortable and happy that our open and extremely personal approach would continue.

Michael White and all his team more than exceeded these expectations, having created an exceptional reputation for these exact qualities within the industry over the last 20 years. Therefore it was very much a “meeting of minds” that led to the two teams coming together. There was also a common need for development, as not only was OCI looking for prospects to expand their team, but Michael also knew that to meet the new demands of his team and their Clients he would need to facilitate serious growth. A major factor that can often be a “sticking point” in any acquisition/merger is the role of the ex Owner. However, this gave no concern whatsoever as Michael was extremely keen, not only to join the new larger group, but also to head up an area of the group dedicated to the construction of new vessels around the world in conjunction with his long-standing director, Peter Thompson. The duo will put special emphasis on further developing ties in China and indeed the great potential in this market is already being seen through their spectacular successes.

After only three months we are happy to report that the merger has been carried through successfully and that OCI acquired a company that could immediately assist in broadening the base to enhance our services to all our current and future Clients. The two teams have merged effortlessly and the flow of information and amount of cooperation within the group, all for the benefit of the Clients, is staggering. The combination of our listings for charter central agency now ranks us second largest in the world. Our central agency fleet for sales lists among the top five worldwide and is growing. Owners and charter Clients have started to realise that with our combination of market power and know-how we are attractive partners to approach for the biggest of projects, purchase and charter.

And... we are still having fun!" - Nick Dean & Peter Hürzeler 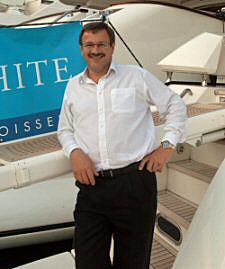 A word from Michael White...
"Look after the customer, and the profits look after themselves. This has always been my philosophy. But as the world has become smaller, and customers more international, high levels of customer care can only be provided by having locations around the globe. Thus it is that we at CW opened offices in Dubai, Ft Lauderdale and latterly Athens. At the same time, Nick Dean and Peter Hürzeler were following the same path with Ocean Independence.

At the Monaco Boat show in 2007 we were neighbours with adjacent stands. It was during the show that Peter came and sat with me and asked how we could make the two stands one for next year, spawning the discussions which has brought the two companies together. One of the comforts I have with this arrangement is my long standing friendship with both Peter and Nick who share my philosophy of personal customer care, which is evidenced by their success. And now, a couple of months following the amalgamation, the impetus this has given the globalisation process together with our customer driven philosophy has accelerated the new Group’s market position to such an extent that I believe the service we now offer is truly the best in the world."