The new flagship of the Italian shipyard Wider, the Wider 165’ Project Cecilia, has been moved into the brand’s main production facility for fitting out, Wider report. The yacht was moved along 900 metres of public highways to her new facility on the evening of 26th October. 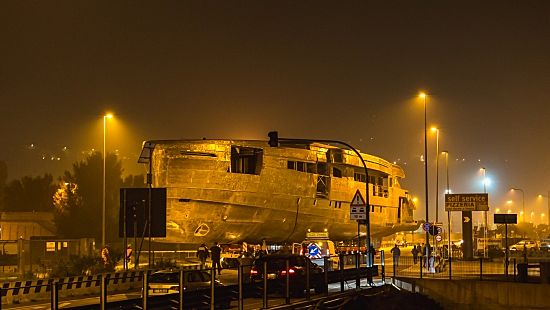 The announcement comes just a week after the news of the launch of the Wider 150’, which marked the largest superyacht completed by the yard to date - a title soon to be claimed by the 165’ upon her completion towards the end of next year. 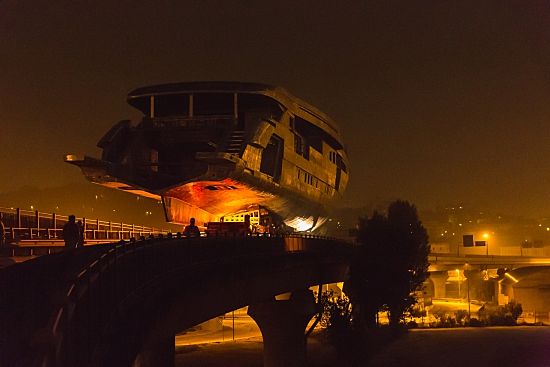 Wider founder and CEO, Tilli Antonelli, comments, “This is an especially exciting time for us. Last week we launched our first superyacht, this week we look to the next one. With the aluminium hull and superstructure all but complete the first job is to attach the upper deck structure to the hull. This could not be done in the other facility because of height restrictions. Thereafter, we will be pushing ahead with all of the various trades to ensure that we are on time for delivery to the owner in 12 months’ time.” 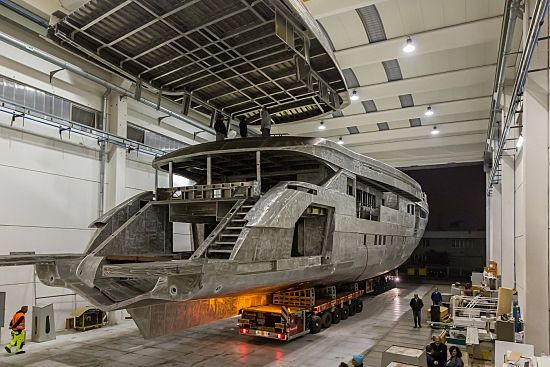 The 165’ has been developed for an owner who had several specific requests, including the addition of a submersible vessel on board to explore the depths of the ocean. Amongst her stand out features include a touch-and-go helipad, diesel electric propulsion, a wide beach club area and an interior seawater swimming pool. 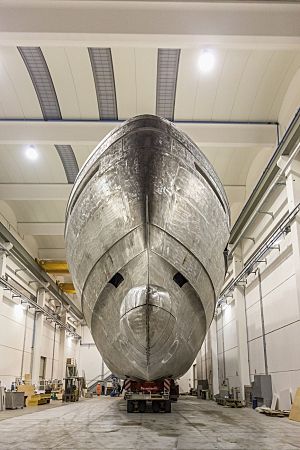