Italian nautical company Wider, founded on a project designed by Tilli Antonellli, celebrates the launch of its 10th 42 footer. This important goal has been achieved just over a year after the company, which registered a turnover of 6 million Euro for the 2011-2012 nautical year, was founded. 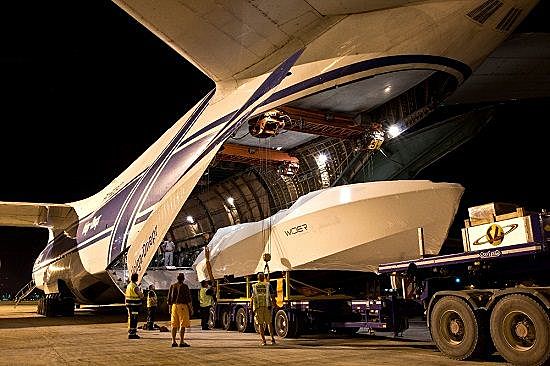 What makes Wider 42’ no. 10 particularly memorable is the unusual way in which she was delivered. Indeed, the shipyard arranged for her to be transported by air, an extraordinary event on the luxury nautical scene, considering motoryachts are normally transported by land or sea.

The exceptional transportation occurred last week aboard an Antonov An-124, a four-engined freight plane and one of the largest cargo aircraft in the world, which landed in Falconara-Ancona specially to pick up Wider 42’ and transport her to her destination, in the Near East. 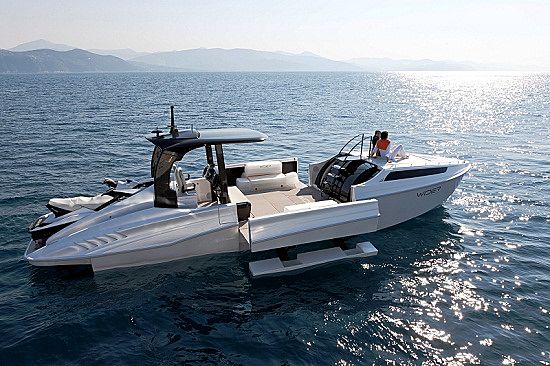 “We worked flat out to respect the delivery date, dealing with each and every aspect of the project, not least the extraordinary way in which the yacht was delivered,” declared Tilli Antonelli, founder of Wider. “It was the first time in many years’ experience in the pleasure boating sector that I’ve watched a plane take off with one of my creations aboard. An enormous satisfaction for both myself and my whole team, whose commitment has made it possible for us to achieve such important results just over a year after the first yacht in the range was launched.”