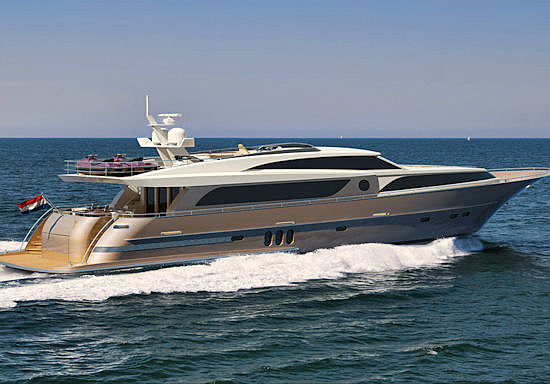 The all-aluminium motor yacht will be built to Lloyds classification and MCA rules. In addition to MTU and Caterpillar engine options, the Continental III is also available with 4 Volvo Penta IPS-1200 (D13-900) engines.

Once delivered the Continental III will be the largest yacht built by Wim van der Valk and construction is due to start in April/May 2013. As we reported in December 2012, the company is also building a 26 metre Continental III superyacht, which is due for delivery in August 2013.