Earlier this week one of the most secretive superyacht projects, the 73.31 metre Pegaso, has been launched by the Freire Shipyard in Vigo, Spain. The superyacht is built for a well known Mexican businessman who is apparently planning to use the motor yacht for Oceanographic research. 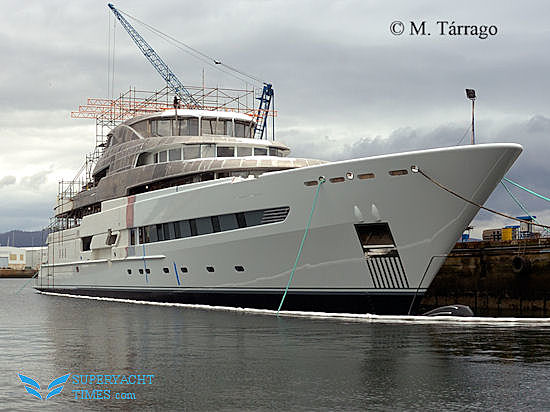 Although details are scarce at present it is believed that the motor yacht features a hangar for a submarine, which will house a 9 metre submarine. Pegaso will have a cruising speed of 17 knots and a range of 10.000 nautical miles.

Pegaso is the largest yacht ever built in Spain. Other large yachts that have been built in Spain are the 64 metre Adix, the 61 metre Absinthe and the 55 metre Elena. Elena was delivered by Marin LuxurYachts in 2009 and later this year the company will launch a 60 metre superyacht for a Spanish owner.

This material may not be published, broadcast, rewritten or redistributed without the permission of SuperYachtTimes.com.