For these yachts, there is a need for speed. With some superyachts topping the charts at over 65 knots on the water, you have to be quick if you want to capture these vessels in motion. We bring you a small selection of 15 of the world’s fastest yachts: 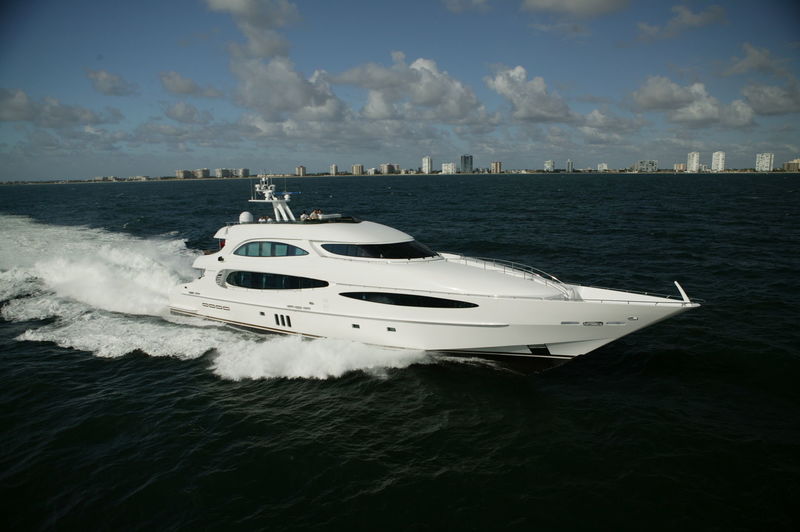 The 42.4-metre World is Not Enough from Millennium Superyachts can reach an incredible speed of up to 70 knots thanks to her twin Paxman 18VP185 diesel engines which give her a combined 10,600hp and a Textron Lycoming TF 40 gas turbine. 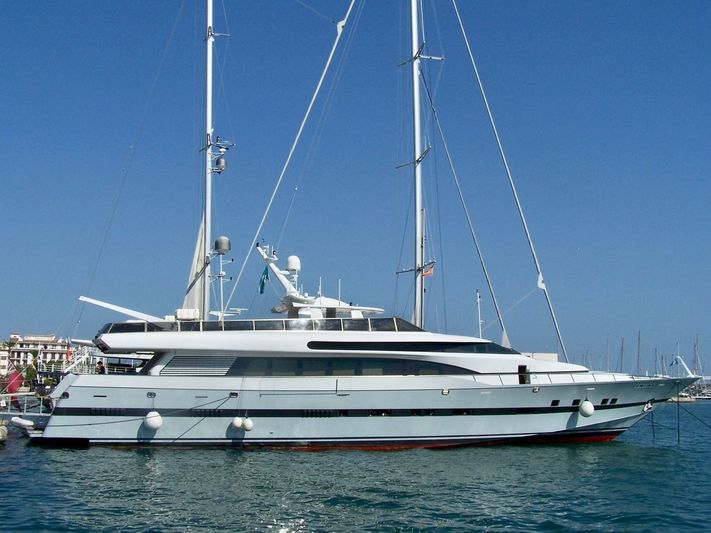 Photo: Ralph Dazert / SuperYacht TimesFoners, an Izar yacht with naval architecture by Donald L. Blount & Associates built in 2000, can reach up to 65 knots thanks to its twin MAN engines and three Rolls-Royce Marine engines. The yacht features exterior design by Spadolini and interiors by Celeste Dell'Anna. 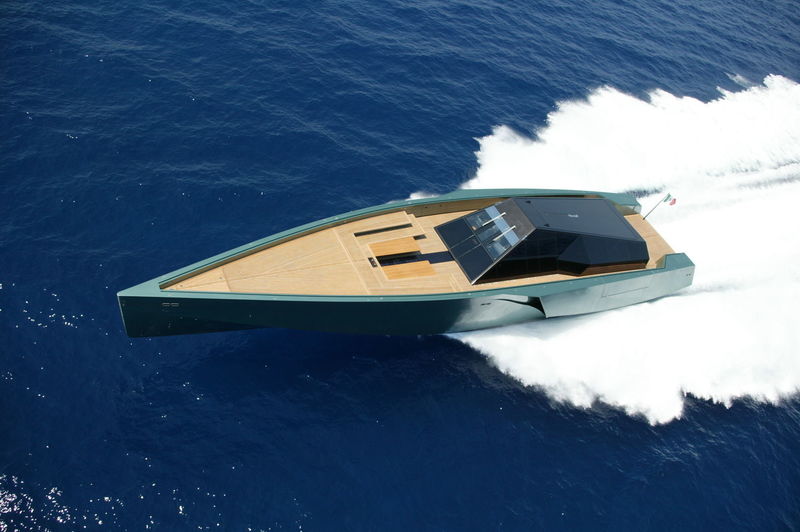 Galeocerdo is the result of a collaboration between Intermarine and Wally and achieves a jaw-dropping top speed of 65 knots with twin Cummins diesel engines of 370hp each on top of two Vericor TF 50 gas turbines giving her a total of 11,940hp. 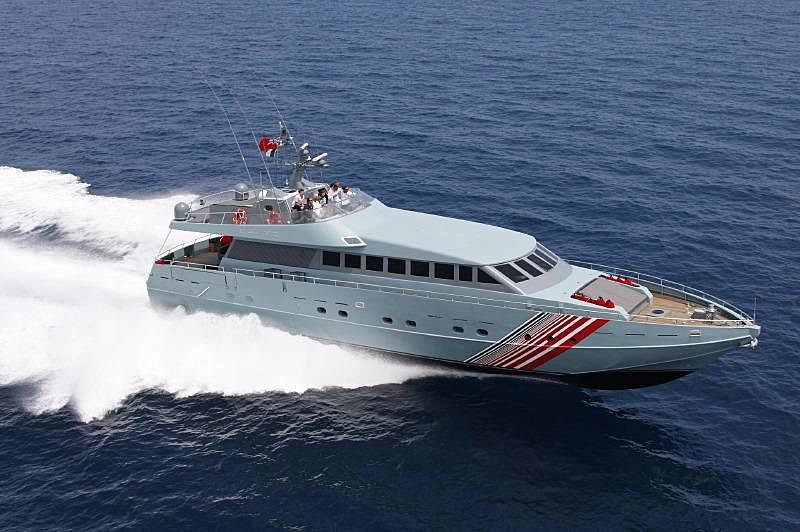 Baglietto built the 25.79-metre Chato in 1986. The all-aluminium superyacht is powered by twin MTU 16V 396 TB94 diesel engines, allowing her to cruise at 35 knots and giving her an impressive maximum speed of 57 knots. 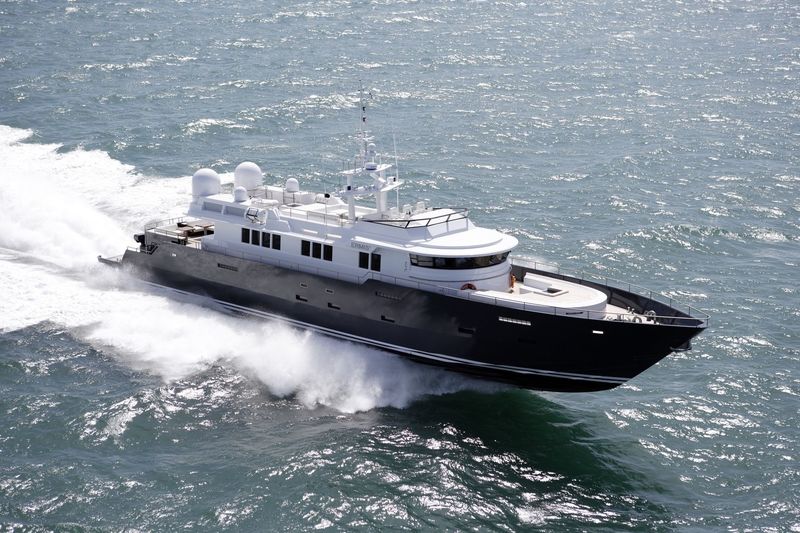 Photo: Captain Chris LewisErmis2 is a fully custom project built in 2007 by McMullen & Wing for a busy owner who needed to travel fast and efficiently. She can go up to 55 knots thanks to her three MTU 16V 4000 M90 engines giving her a combined 10,944hp. 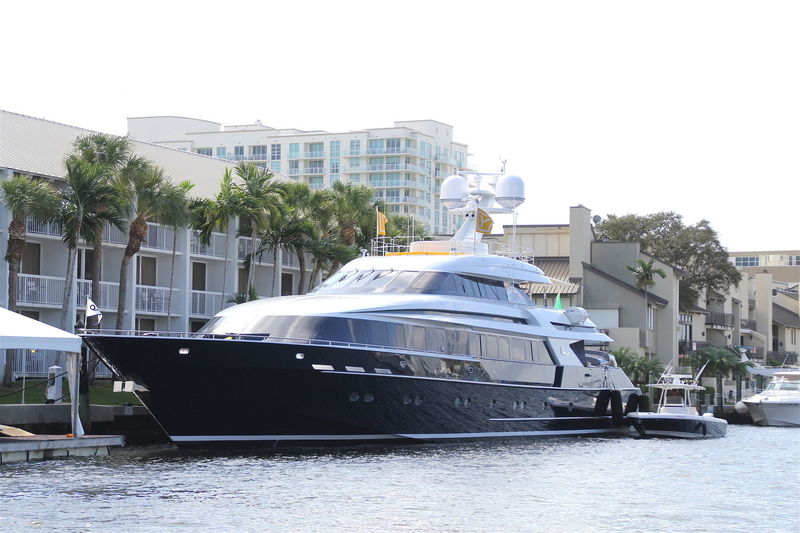 Photo: Merijn de Waard / SuperYacht TimesThe 43.58m Bond-inspired Heesen yacht, Octopussy 007, was built in 1988 and outfitted with three MTU diesel engines for a grand total of 10,440hp, which allow the vessel to reach a top speed of 53.2 knots for that true James Bond thrill. 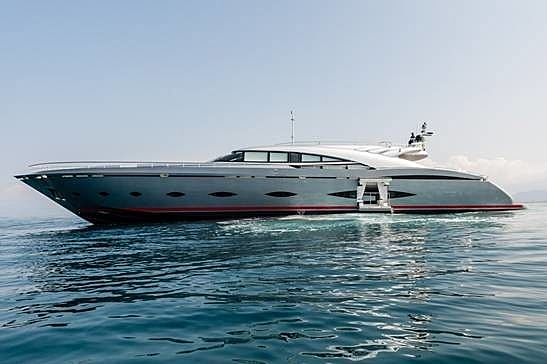 The 42-metre Seafire by AB Yachts is equipped with three waterjets and triple MTU 16V 2000 M94 engines allowing her to cruise at 43 knots and reach up to 46 knots. 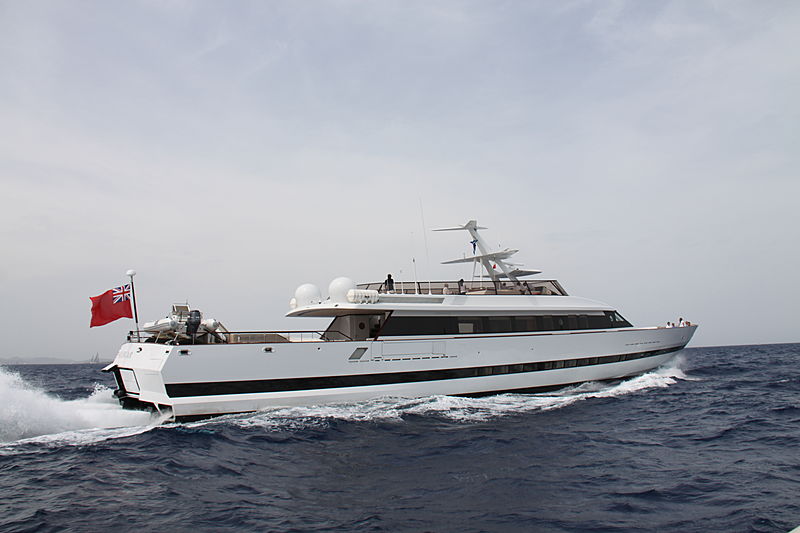 Photo: Merijn de Waard / SuperYacht TimesShergar, a 1983 Lürssen, was built to be one of the fastest yachts in the world, with her owner at the time requesting a 6,100hp gas turbine. She now has twin MTU 12V 396 TB83 diesel engines as well as two Allison 571-KF gas turbines, allowing the 331 GT mono-hull yacht to cruise at 40 knots and reach up to 45 knots. 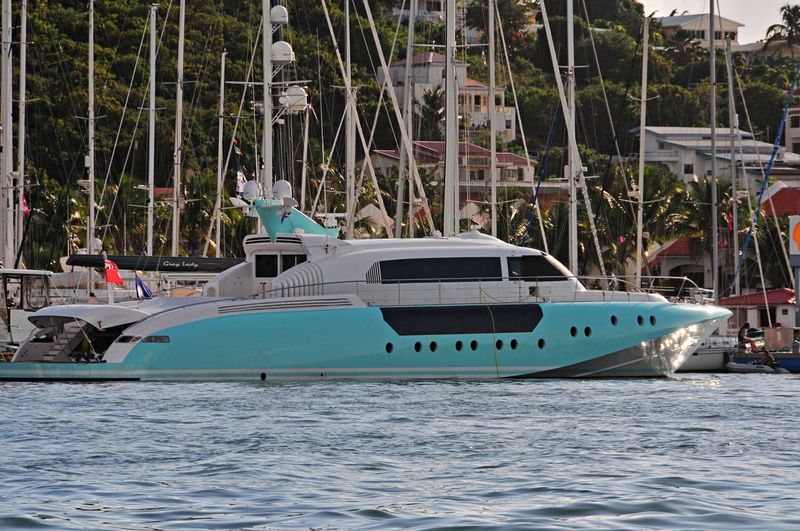 Photo: Benoit DonneMoon Goddess, a Danish yacht whose naval architecture and exterior designs come from the drawing boards of the famed superyacht design maestro Espen Øino, can reach speeds of up to 45 knots or cruise at 25 knots, propelled by two MTU 16V 4000 M90 diesel engines giving the vessel a combined 7,498hp. 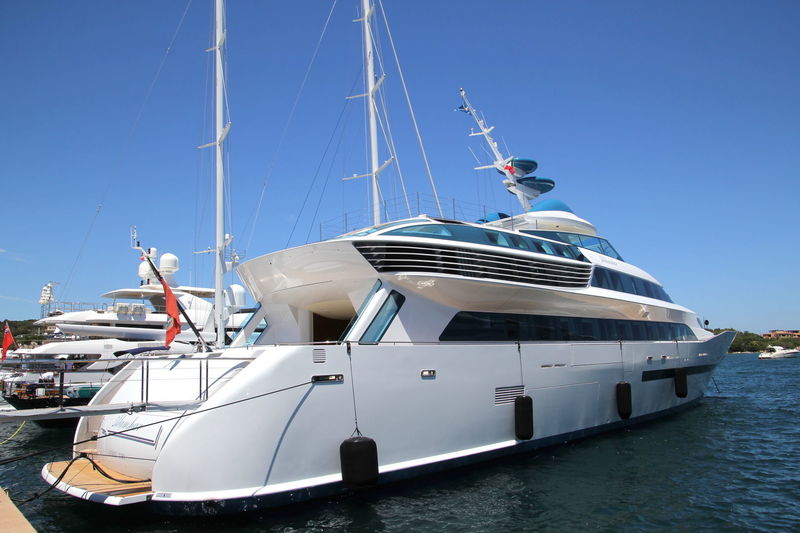 Photo: Merijn de Waard / SuperYacht TimesThis 50-metre Devonport yacht with naval architecture by Donald L. Blount & Associates, exterior design by Pininfarina and interiors by RWD, cruises at 30 knots and can reach up to 45 knots thanks to twin Rolls-Royce Marine engines and three waterjets. 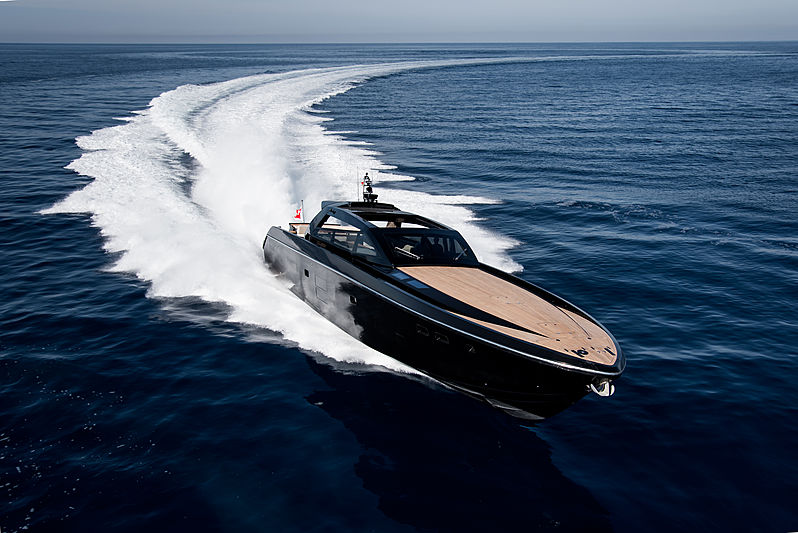 Photo: Tom van OossanenGenoa-based shipyard Otam's 2019-built yacht Cara Montana can reach speeds of up to 45 knots. The 25.9-metre yacht is powered by twin MTU engines for a combined total of 5,200hp, as well as twin surface drives. 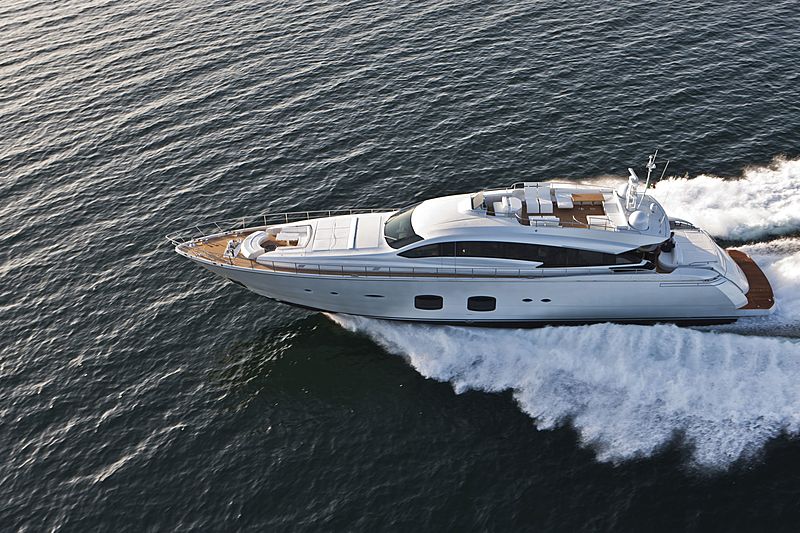 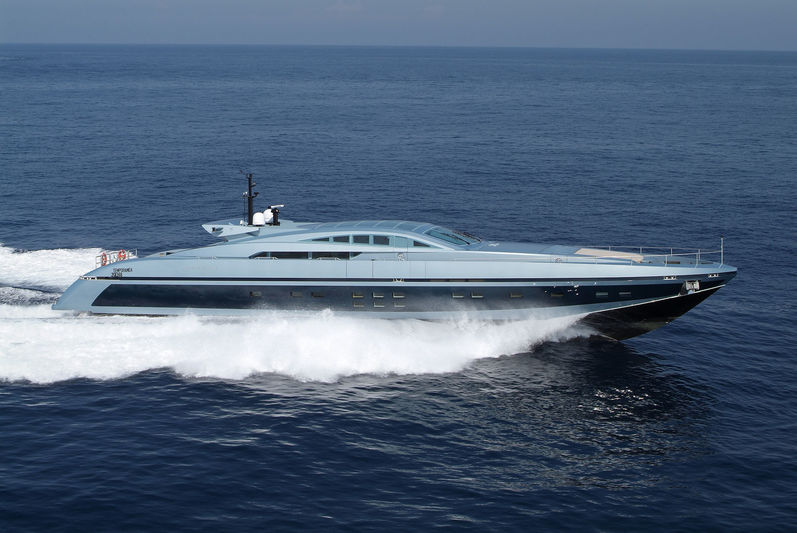 Blue Princess Star is of the Baglietto 115 Ischia model, showing off exterior design by Francesco Paszkowski, and packs a whole lot of Italian fury, reaching speeds of up to 35 knots with its twin MTU engines for a total of 5,550hp. 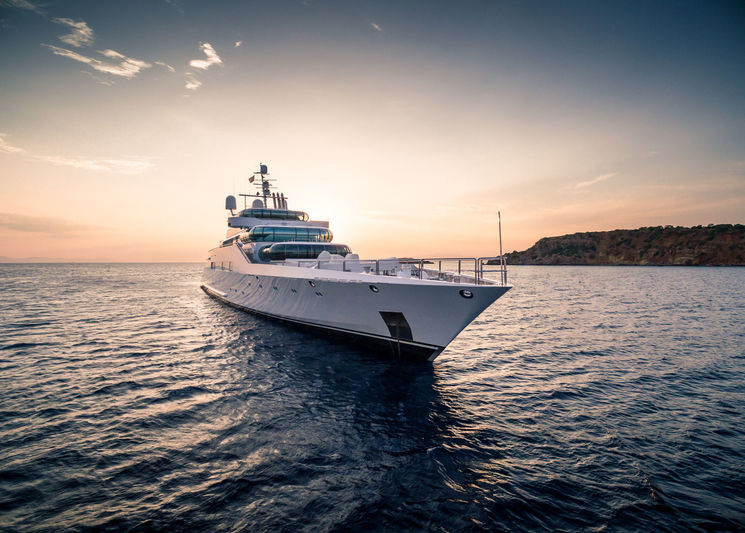 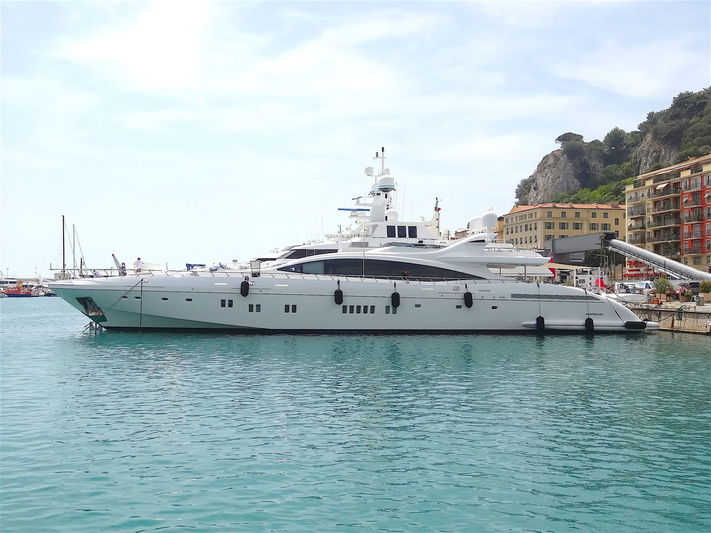 Photo: Aurélien Herman / SuperYacht TimesDa Vinci, a Mangusta 165 model by Overmarine, cruises at 25 knots and is capable of reaching up to 33 knots thanks to her four MTU diesel engines giving her a total of 10,396hp.

On board superyacht Moon Goddess in Miami