With construction having started in the first half of 2013, the 54-metre sailing yacht Pink Gin VI is now nearing her launch date as she was seen this week being moved from her construction site at Bosund to Baltic’s waterfront launch facility in Jakobstad, Finland where final outfitting will take place ahead of her launch next month. 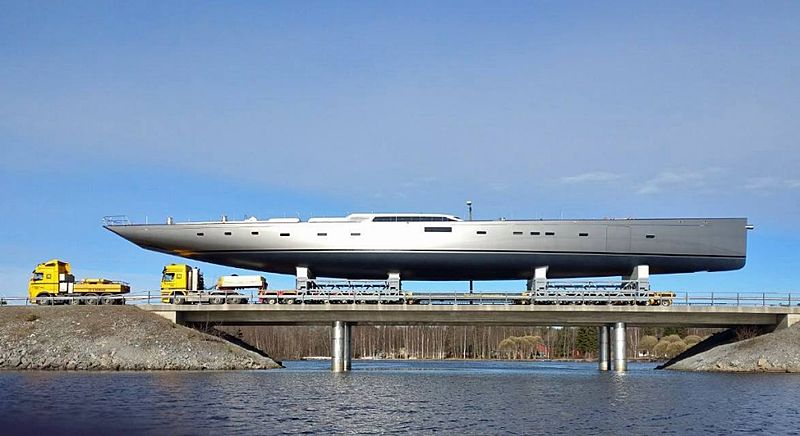 Pink Gin VI is designed by Judel/Vrolijk Design & Engineering and features an interior by Design Unlimited. One of the many interesting features of the yacht is the master stateroom which is located forward. This is a large, open-plan suite that incorporates an impressive fold-outbalcony for the owner to enjoy a space that is both totally private and which allows a wonderfully intimate connection to the sea. 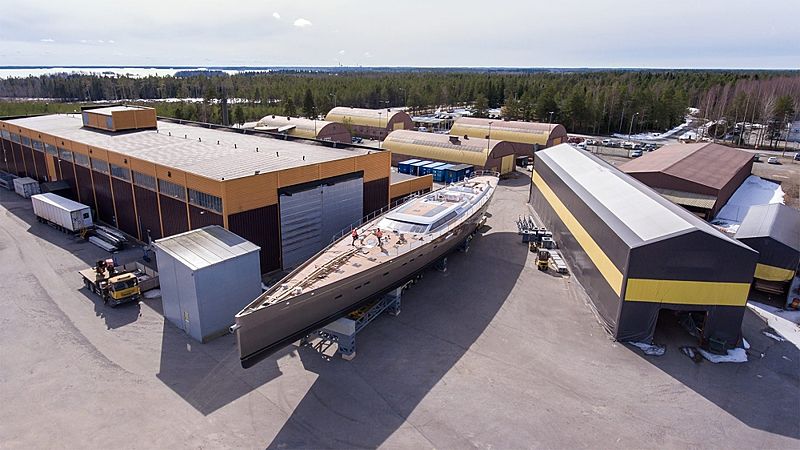 The entire project's composite engineering is the work of British engineering firm, Gurit. The company is also currently working with Baltic on the 142 and 85 foot projects under construction at the yard. 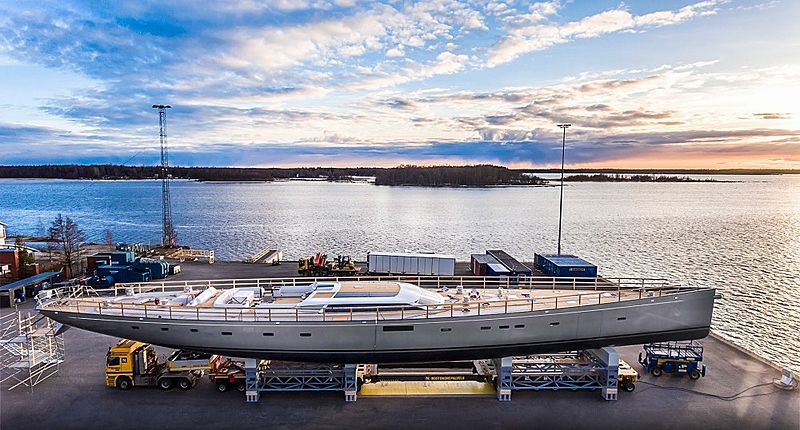 She is yet to be fitted with her 68-metre carbon sloop rig, which was built by Rondal in the Netherlands. The rigging package will feature Rondal’s batten car system and internal D tangs, and the furling boom according to the Rondal ‘style to order’ principle will have Rondal’s proven outhaul system.