mouldCAM, a global leader in large format composite CNC patterns and moulds, annnounced today their decision to base their European manufacturing operation, including the world's largest CNC routing machines, in the South of England.

The production facility is to be located in Poole, Dorset, and will house two large-scale CNC machines, each over 60 metres in length. The machines are to produce CNC tooling for the UK and European industries working in composites and using CAD/CAM technology. 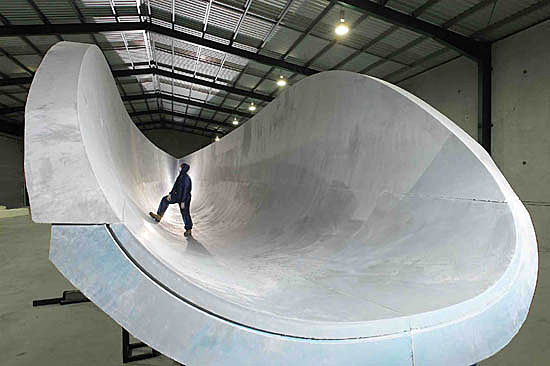 Best known for their work on marine projects like Ellen MacArthur's record-breaking B&Q Castorama trimaran, Mike Slade's Fastnet 2007 record breaker ICAP Leopard 3, Thomas Colville's maxi trimaran Sodeb'o, and superyachts including a French 35 metre catamaran and a 40 metre dayboat for Danish Yacht, mouldCAM's decision to establish operations in the South of England follows the move of other key marine suppliers and manufacturers into the region.

“We've been supporting European demand for CNC tooling from our operations in Australia and New Zealand, but felt the time was right to establish a world-class centre for technology excellence here in the South”, said mouldCAM's Managing Director, Toby Whitfield.”It will place us close to several of our important clients, and in the heart of an increasingly important hub for the general marine and superyacht industries”.

"This is further recognition of the competitiveness of Poole and Dorset as a business location for the marine sector", said Tony Bray, the South West of England Regional Development Agency's Director for Dorset. He further added, "We welcome this decision which will increase the capability of the area to offer world-class production facilities".

Customers will have local access to world-class composite technology, including 3D CAD modelling, composite engineering, CNC cut patterns and direct to female CNC cut moulds. The UK operation is a joint venture with Dorset based, Norco GRP and will be fully operational in the fourth quarter of 2009.