Although very much favoured by owners in the USA, across the global contingent of superyachts, sportfisher yachts are something of a rarity, making up less than one percent of the total fleet. SuperYacht Times takes a closer look at some of the largest sportfisher yachts cruising the waters today. At the time of writing this article, there are currently 34 sportfisher yachts for sale including Red Sapphire I, Mary P and M, which are among the largest of the sportfisher fleet. 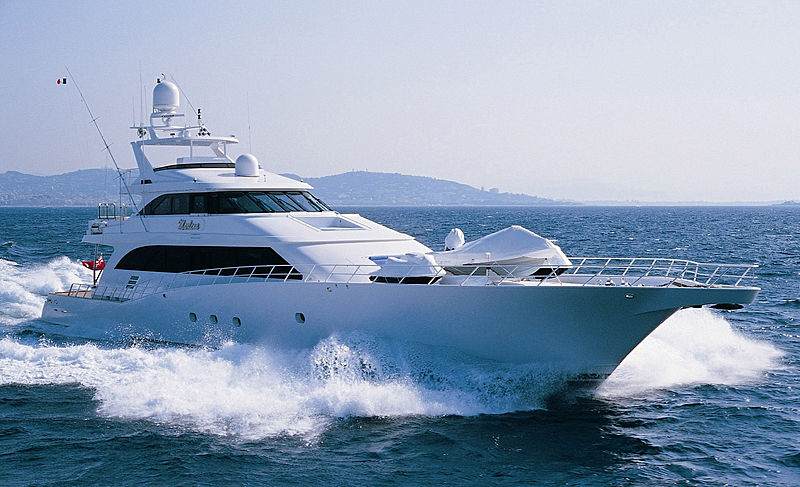 Photo: IYCBad Company, built in 1998 by Trinity Yachts, is a 307 GT planing yacht and, coming in at 43.9 metres, is the largest sportfisher yacht known today. Her naval architecture is the result of a collaboration between the Mississippi shipyard and the San Diego-based Douglas Sharp Yacht Design, who also drew up the exterior lines, while the interior design comes from Dee Robinson Interiors and Bjorn Johansson Design. The yacht, which can accommodate up to 12 guests, can reach up to 26 knots thanks to twin Paxman engines. 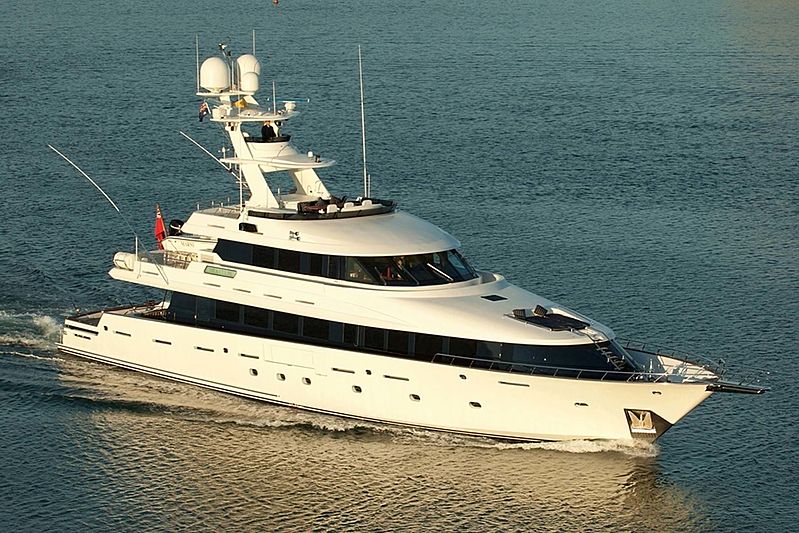 Photo: BurgessBuilt in 2003 by the Auckland-based McMullen & Wing, yacht Mea Culpa is a sportfisher yacht designed by Jack Sarin Naval Architects. At nearly 40 metres, Mea Culpa is one of the largest sportfisher yachts and has a 302 GT volume and can accommodate up to eight guests. Her twin MTU engines allow the yacht to reach up to 22 knots or cruise at 14 knots. 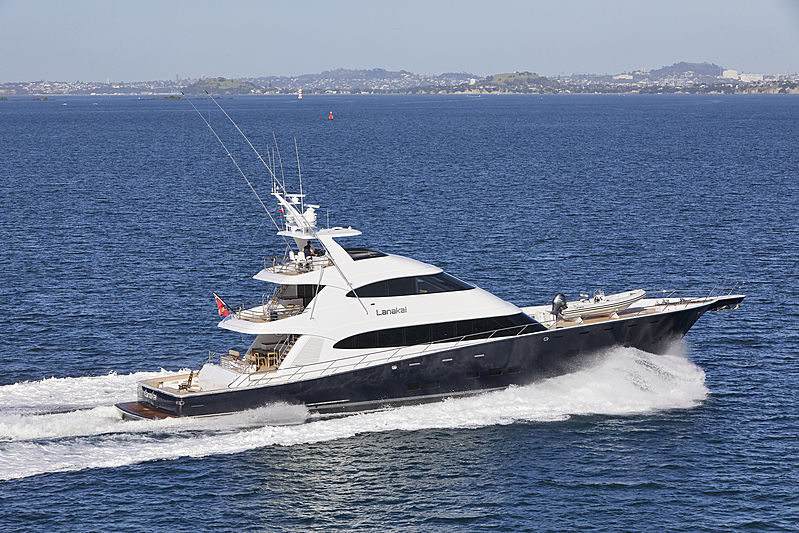 Photo: Matt CrawfordThe all-carbon yacht Lanakai was created for highly experienced owners and was delivered in 2018. The four-deck yacht has already cruised extensively around New Zealand and the Pacific islands. Lanakai is equipped with twin VEEM Gyrostabilisers and has extensive storage space, with a tailored cockpit with an array of fishing accessories including three large live bait tanks. 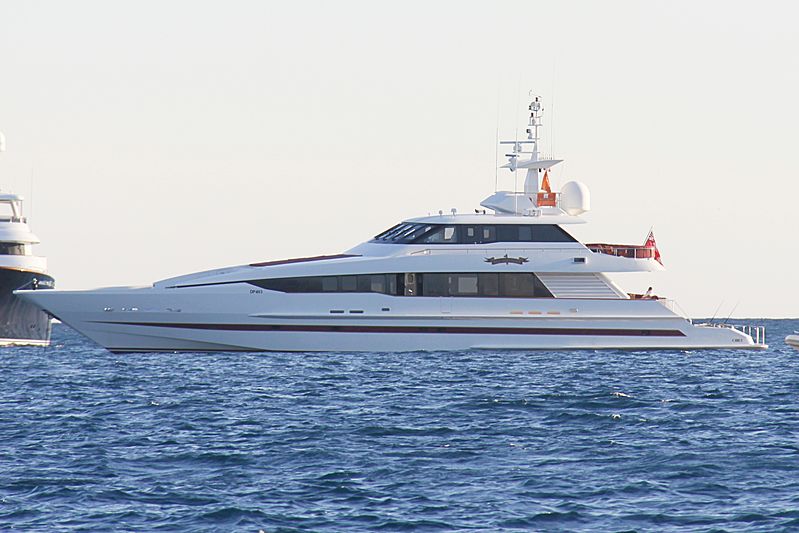 Photo: Merijn de Waard / SuperYacht TimesThe 39.1-metre Heesen yacht Red Sapphire I was built in 1999 to in-house naval architecture and exterior designs, and interior designs by British designer James McFarlane. Feeling the need for speed, this yacht was built to perform and is capable of reaching up to 35 knots. Up to 10 guests can be accommodated on board the 228 GT sportfisher yacht. 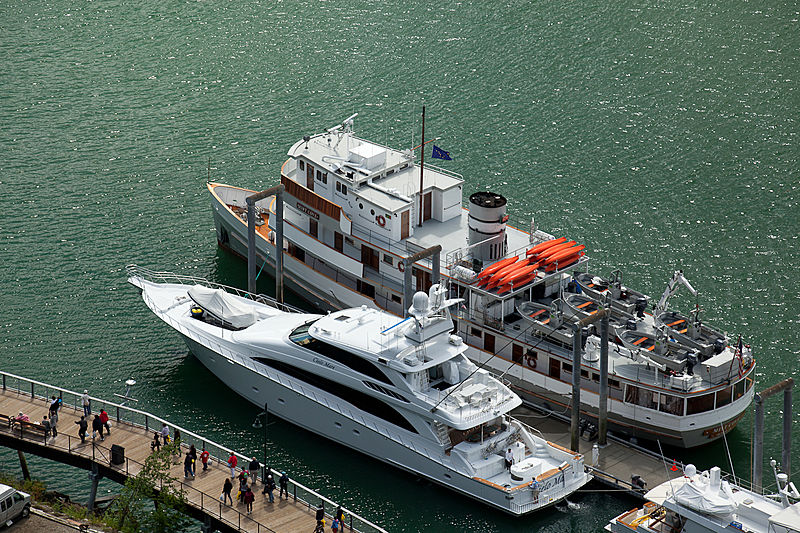 This all-American superyacht was built for a Californian family of fishing aficionados and experienced yacht owners. The yacht features naval architecture by Douglas Sharp and an exterior design by Espinosa Yacht Design. 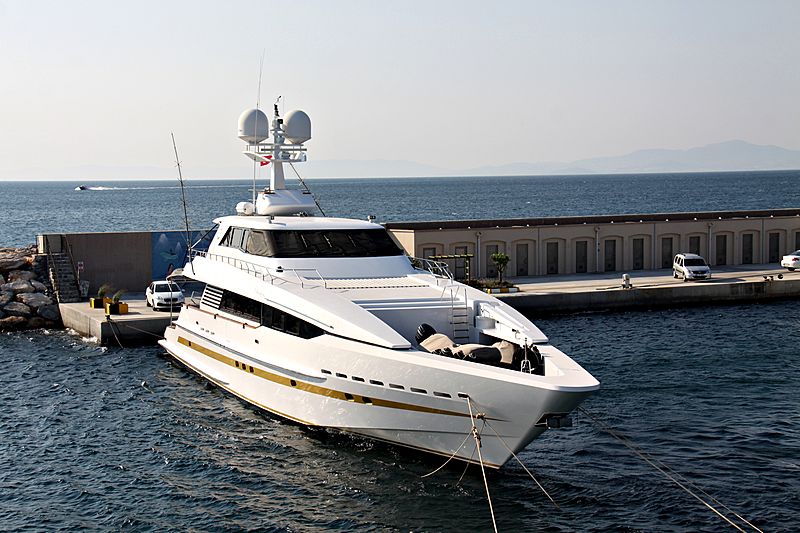 Photo: Merijn de Waard / SuperYacht TimesThe 38.34-metre Heesen yacht Obsessions has been exploring the waters since 1996. The yacht is voluminous and fast, reaching up to 32 knots thanks to twin MTU 16V 396 TB94 engines and sleeps up to 10 guests. She is an all-Dutch build, with an exterior design by the Amstelveen-based Mulder Design and both in-house interiors and naval architecture. 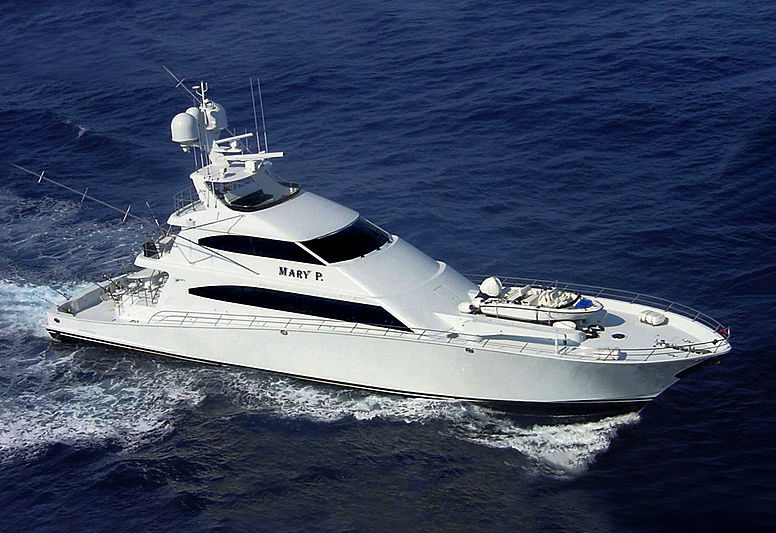 Mary P was the first hull to be launched at Trinity Yachts’ New Orleans shipyard in 2008 after recovering from damage from Hurricane Katrina. Doug Sharp designed the yacht’s naval architecture to an extensive client brief which included a custom transom, a fully-automated anchor deployment and retrieval system, specially designed underwater lighting for fishing at night and many more attributes. 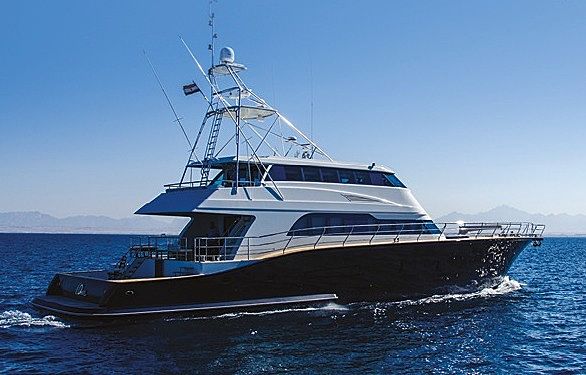 Photo: South Red Sea ShipyardThe Egyptian shipyard South Red Sea built C.Omar to naval architecture by the Pennsylvania-based Fryco and an interior design by Studio Vafiadis. The 367 GT planing yacht can reach up to 20 knots thanks to twin MTU engines with a total 4,800hp. 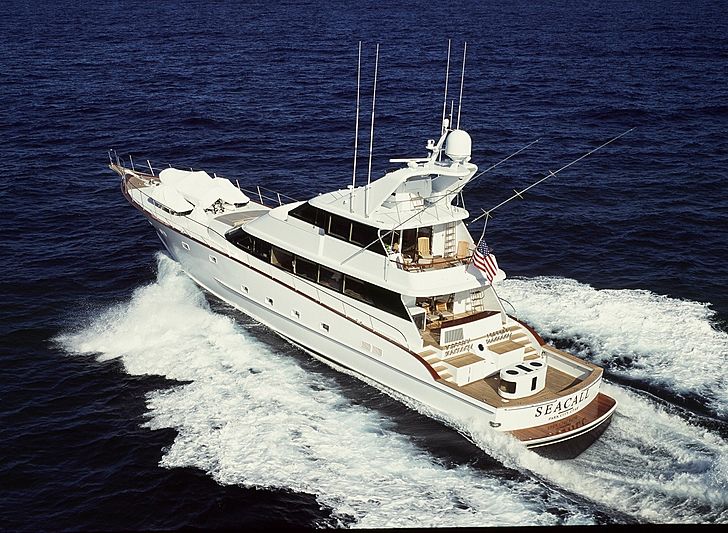 The 36.3-metre yacht Sea Call (formerly known as Pharaoh and Cadence) was built by Denison Yachts in 1991 to naval architecture and exterior designs from the drawing boards of Joe Langlois and interiors by Dee Robinson. She was originally delivered to a Mexican owner and was the second-to-last yacht ever to be completed by Denison Yachts.

Yacht M (once Lady Ozark) is a 1988-built Feadship yacht with naval architecture and exterior designs from De Voogt. The Dutch pedigree yacht benefits from an extensive refit in 1999 with Palmer Johnson, and a more recent refit in 2015. 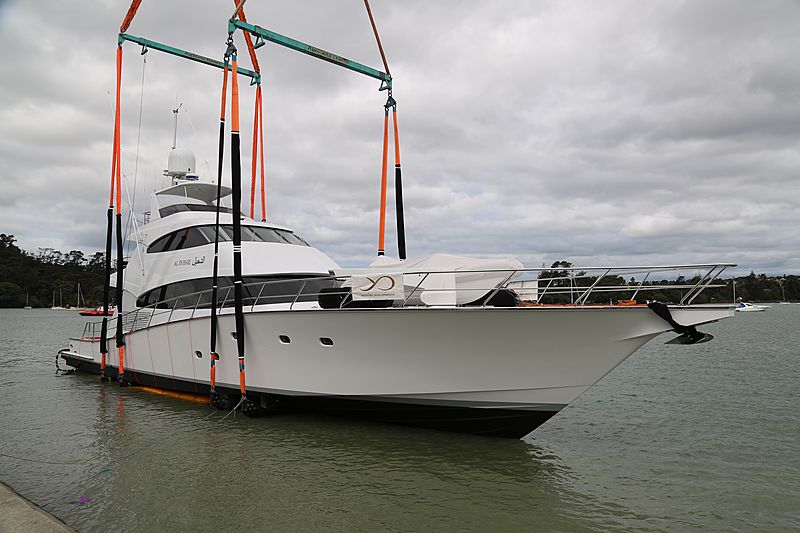 Photo: Yachting Developments
Launched just this month by New Zealand-based shipbuilder Yachting Developments, Al Duhail is perhaps best known for being the world's largest all-carbon Sportfisher. The 33-meter yacht's exterior and naval engineering were the work of Warwick Yacht Design, and is currently undergoing final touch-ups prior to sea trials in February 2020.

Insight: What is American superyacht style?