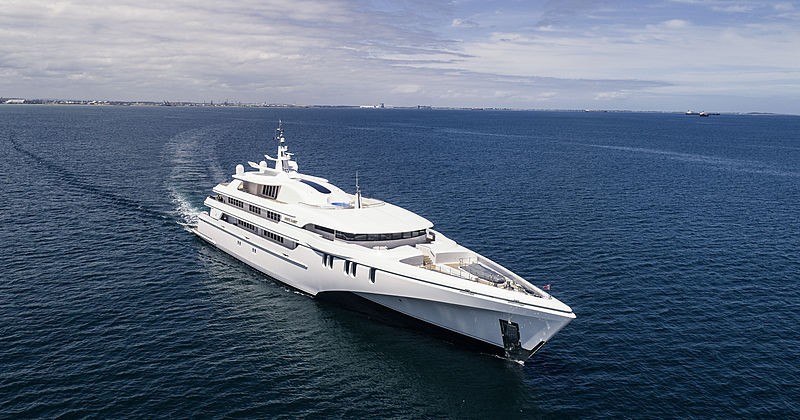 Under intensive tests and with 5,000 kW of power engaged, White Rabbit managed to reach a top speed of 18.7 knots in fair conditions while simultaneously running house loads on board. Under more economical conditions, White Rabbit also performed with only two 1,00 kW generators running to achieve speeds of 13.7 and 12.8 knots under full power and 75% power respectively. “Fuel burn at that speed [12.8 knots] was an impressive 440 litres per hour!” comments Echo Yachts Director, Mark Stothard. “In this day and age where fuel costs are continually rising, I think the low fuel burn and efficiency of this vessel will be attractive to any super yacht buyer.” 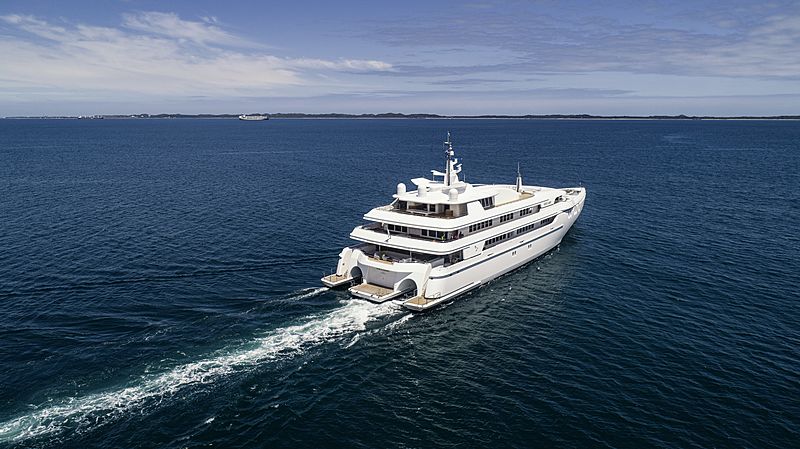 The propulsion system was developed together with Kongsberg/STADT and Rolls Royce.

The stability provided by White Rabbit’s unique hull design was another highlight experienced during sea trials. “At 18.7 knots you barely know you are moving and the big ride control foils dampening the sea motions very effectively,” continues Stothard. “As you see by the lack of wake in the aerial photos, the One 2 Three hull form is very slippery and effective.” In addition to naval architects One 2 Three, fellow Australian designer Sam Sorgiovanni contributed to the project as the artist behind the exterior and interior design of White Rabbit.

Delivery is expected to take place over the coming weeks.