Home > News > World's largest yacht or not? A close-up of the rise in residential 'superyachts'

With today’s announcement that Vard Shipyard in Norway have secured the contract for the construction of the residential ship Somnio, and the announcement that her apartments are now available for purchase, SYT takes a closer look at the history of residential vessels. With Somnio being described by her team as a “yacht liner”, claimed by the builders to be “the largest yacht in the world”, and among “the world’s finest superyachts”, we also look at residential yachts’ encroachment on the superyacht industry, and whether designs by famous industry veterans can account for the claim of their inclusion in the superyacht canon. 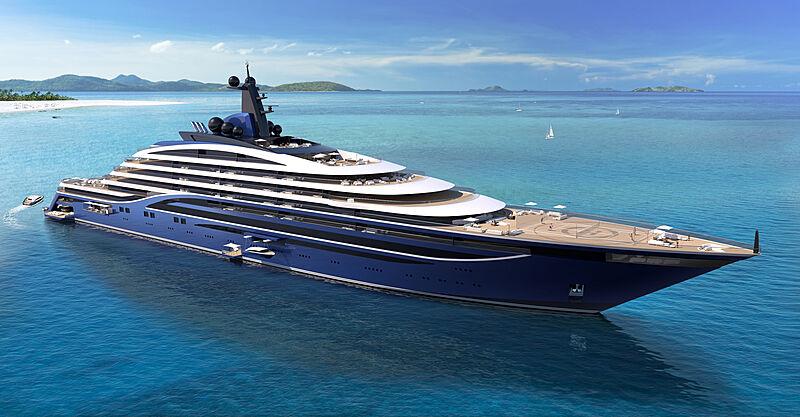 Somnio is the first vessel of her kind, in reality a residential cruise ship, that echoes the lines of vessels from the superyacht industry. With the British firm Winch Design creating her interior and exterior, together with Tillberg Design of Sweden, cruise and luxury yacht designers being commissioned for her design, the vessel has something of a superyacht pedigree. However, at 222-metres and 33,500 GT with 39 unique apartments, she cannot be considered a yacht within the parameters of the superyacht industry. Apartments aboard Somnio are offered by invitation only, and with prices for apartments upward of $8,000,000, life aboard this ship is considerably more expensive than her cruise-ship counterparts.

With Somnio set to launch in the Spring of 2024, here are some of the ships that have carved the way for her construction, beginning in the early 2000s with the residential cruise ship, The World.

Launched in February 2001, The World was built by Norwegian shipbuilders Fosen Yard, and is designed as a residential cruise ship, with 165 private residences. Her founders built her as a result of demands coming from cruise ship passengers who wanted longer and longer voyages aboard. Aesthetically, The World makes no stake toward the superyacht industry, she is a 196-metre cruise ship with an array of residential options up-to three bedrooms.

Following in the wake of The World, is the US-based company Storylines, who announced the design of their first vessel, Narrative, in 2019. She is due to be launched in 2024, and like Somnio, is being built to designs from Tillberg Design of Sweden. In 2021, the company signed a deal with Brodosplit shipyard, Croatia, for Narrative’s construction. 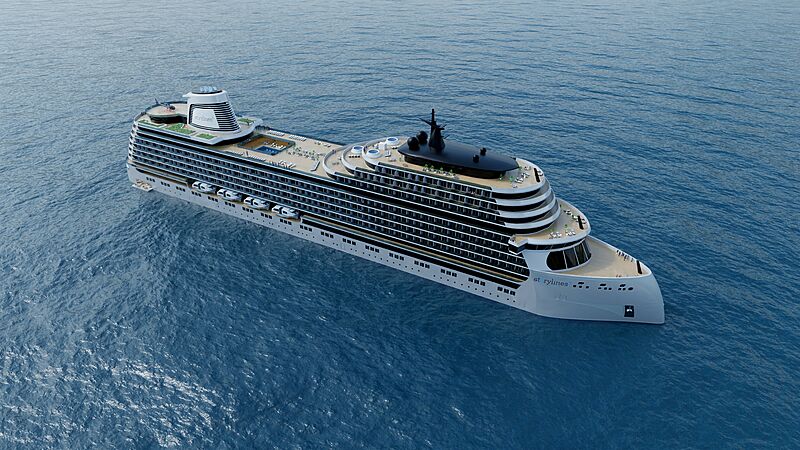 Photo: StorylinesAt 226-metres, the ship has an array of residential apartments, ranging from studios to four bedroom family apartments, and beginning at $300,000. Like The World, Narrative has a cruise ship aesthetic, with 17 decks, three pools and more than 20 bar and dining options. 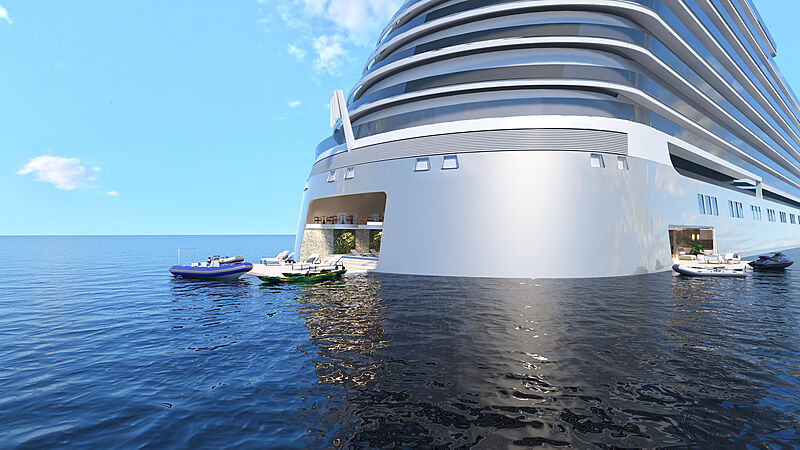 Another residential ship to be constructed is the 293-metre Njord, announced in 2020 by Ocean Residences, also with an expected delivery date of 2024. Like Somnio, Njord has been designed by a veteran of the superyacht industry, Espen Øino, with interior design from Italian studio FM Architettura. Unlike Somnio, however, Njord will carry a very large number of apartments, with 118 private residences, but nevertheless, the rhetoric around the vessel describes her as a “private yacht like no other.” 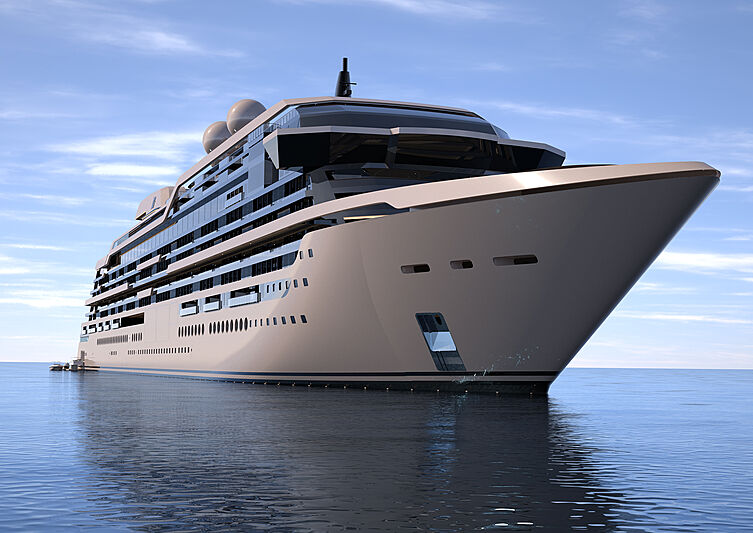 There are also an array of additional vessels which have risen through the ranks over the decades, such as the 190-unit residential ‘hotel’ cruise ship, Utopia, which either never materialised, or which failed to garner the necessary funding for construction. 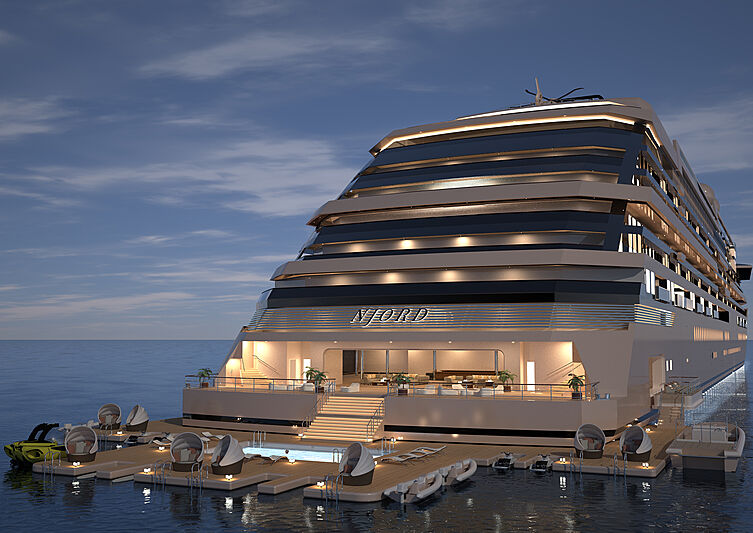 Though not a long term residency vessel, another ship which has garnered the title of ‘yacht’, is the Ritz-Carlton cruise ship Evrima, the first vessel of the hotel chain's ‘Yacht Collection’. With 149 suites and charters lasting between seven to 10 days, this is certainly a cruise ship, despite its contemporary, and perhaps even ‘yachty’ exterior lines. 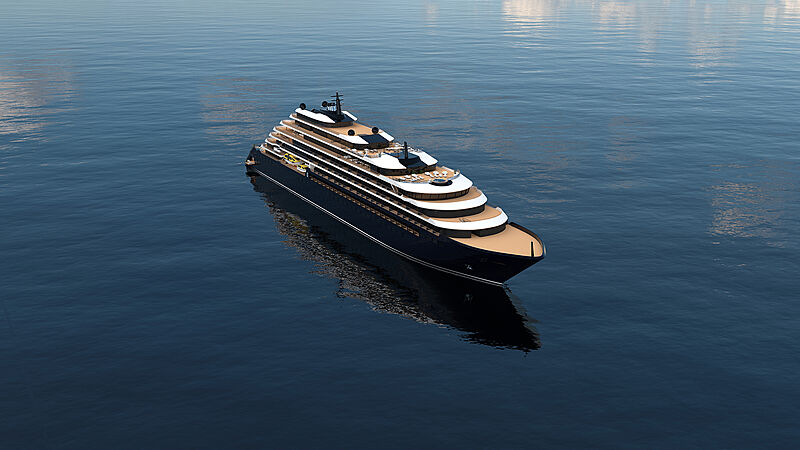 In a similar vein is the cruise ship Emerald Azzurra from Emerald Cruises, a 110-metre 'intimate' cruise ship for 100 passengers, accommodated between 50 cabins. The ship, the build of which is set to begin in 2022, even has superyacht rhetoric included in its interior arrangement, with the option for accommodation in one of the vessels 'owner's suites', inclusive of their own private decks. 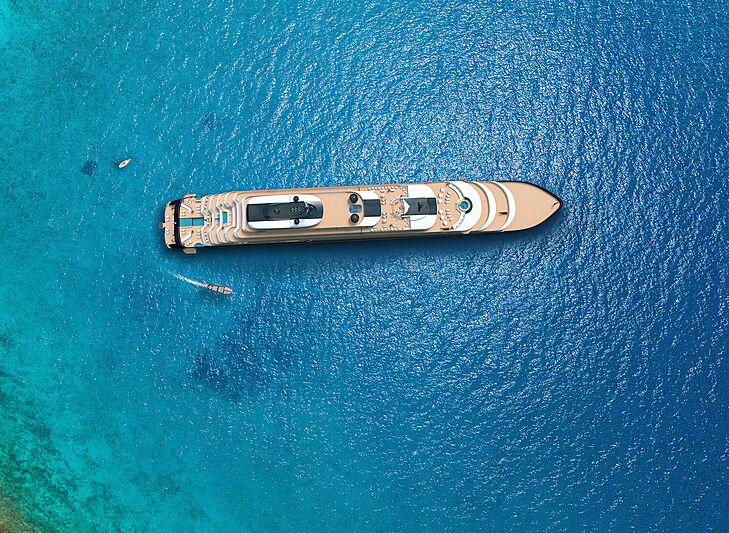 It is important to note that all of these vessels, The World, Somnio and Njord alike, would most likely be certified under the class of Passenger Ships, not Pleasure Crafts, regardless of the language used to describe them. It will certainly be interesting to see if a vessel like Somnio, which claims to hold a place among the superyacht fleet, will join the ranks of The World and Narrative, and also how the superyacht industry will greet a vessel like this, which echoes superyacht lines, but subverses the role superyachts play for their owners; as the ultimate item of privacy, luxury and escapism.