After days of preparation, the 182.9-metre 17,440GT yacht Research Expedition Vessel (REV Ocean) has been launched in Tulcea, Romania. Built by commercial shipbuilder VARD, REV Ocean was designed by Espen Oeino for expedition activities carried out by marine experts and researchers. 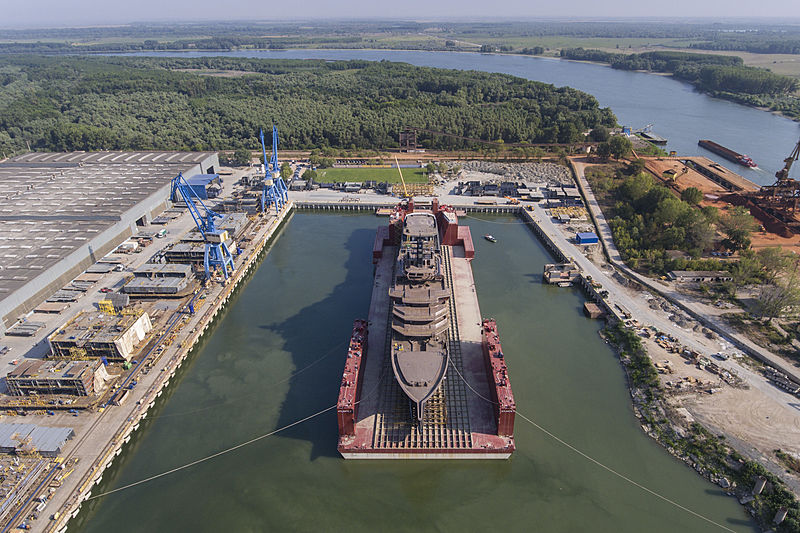 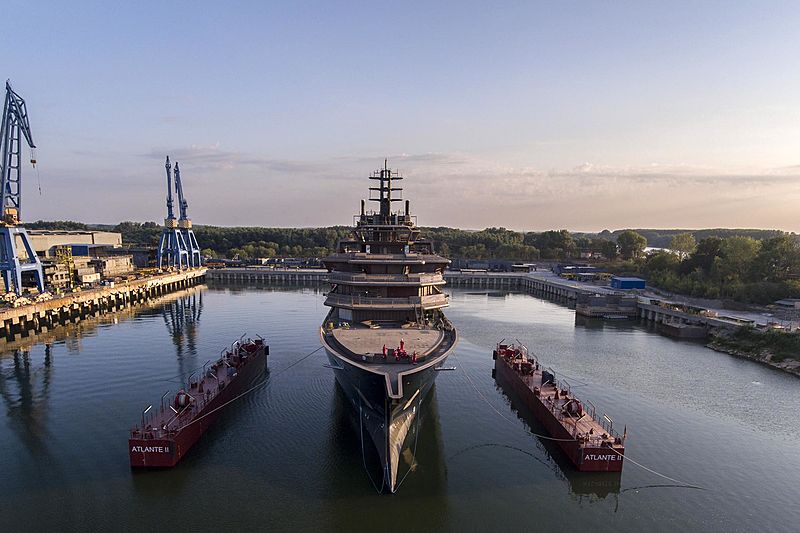 Photo: Bogdan VasilescuIn research mode, she can carry up to 60 scientists and 30 crew members or up to 36 guests and 54 crew if being used for luxury expeditions. H2 Yacht Design has designed the interiors of the explorer yacht. 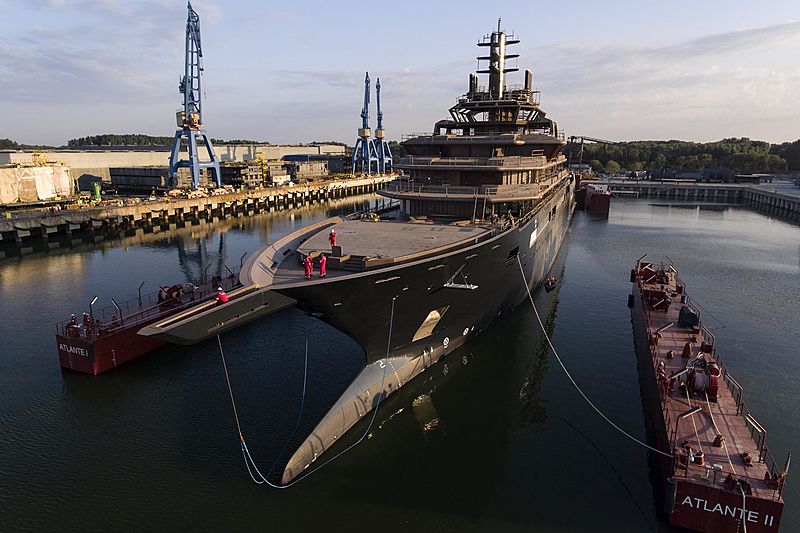 Photo: Bogdan VasilescuGeorge Gill, Project Director and Owners Representative, said: “It is an emotive experience launching REV. To have developed and overseen REV from a blank piece of paper three and half years ago has been a challenging, educational, rewarding experience, the project evolved into something far more complicated and ambitious than I ever assumed and it has been a personal career highlight. Our Build Team, VARD Group and our Partners have worked and are working incredibly hard realising Mr Kjell Inge Røkkes wishes to create this amazing vessel. We still have a long way to go and a lot of hard graft ahead, but I cannot wait to get her to Norway and start the next phase. REV will be a truly inspiring vessel in looks and purpose when we deliver her to REV Ocean”. 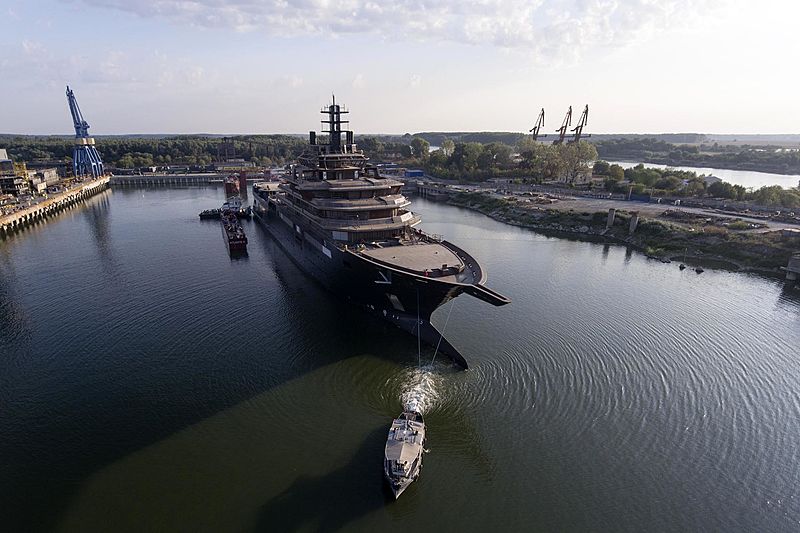 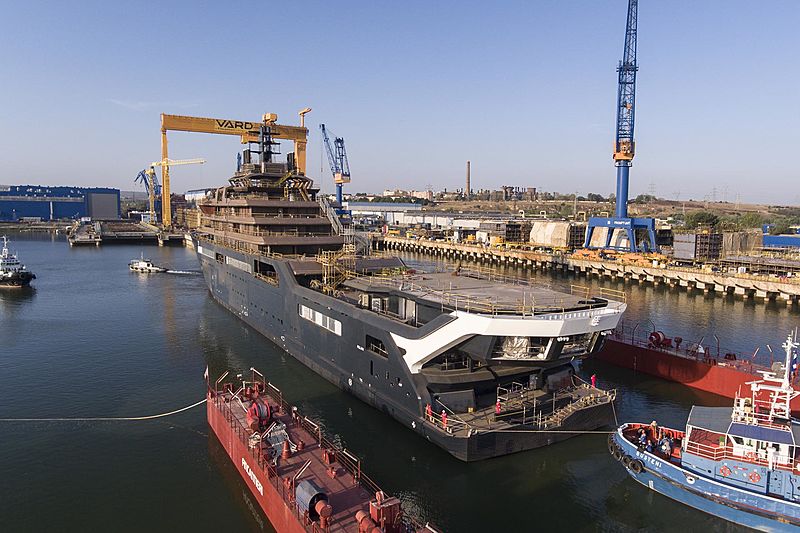 Photo: Bogdan VasilescuPerformance-wise, 4x Wärtsilä 8L26 2.7 MW ea engines will enable REV Ocean to reach a maximum speed of 17.8 knots. Also with a dynamic positioning system, she can reach a range of 21,120 nautical miles when travelling at 11 knots - which is enough to cover the equivalent of 98% of the distance around Earth. 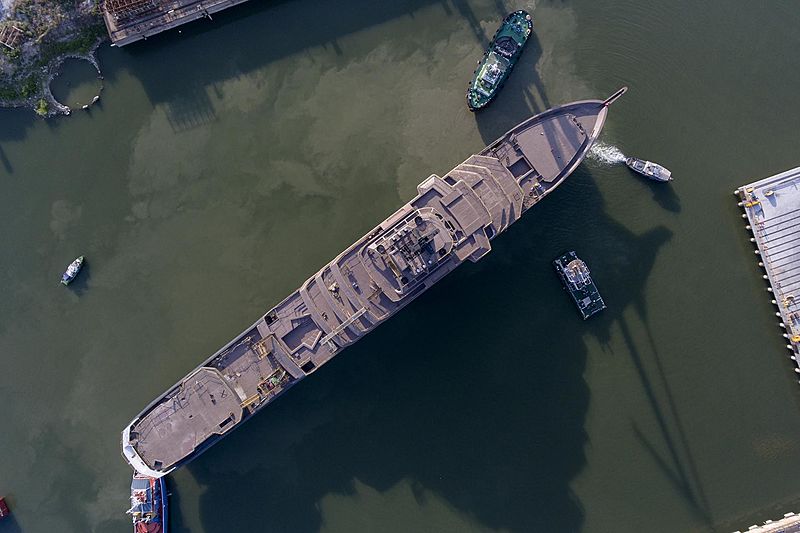 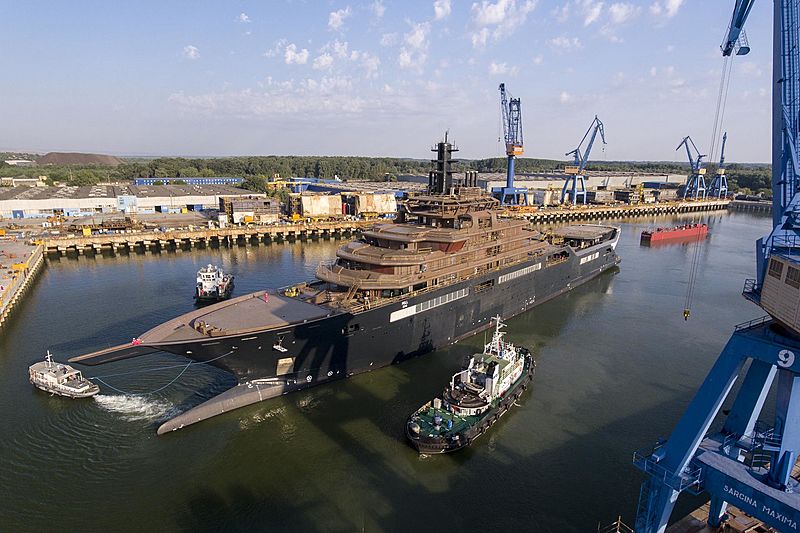 Photo: Bogdan VasilescuWith SuperYacht Times having followed the construction of REV Ocean since the contract was first announced in early 2017, REV Ocean will now be transported to the VARD shipyard in Brattvag, Norway, where she will remain for up to eight months for outfitting. Final completion is scheduled to happen in Germany, where she will be delivered during the first quarter of 2021. 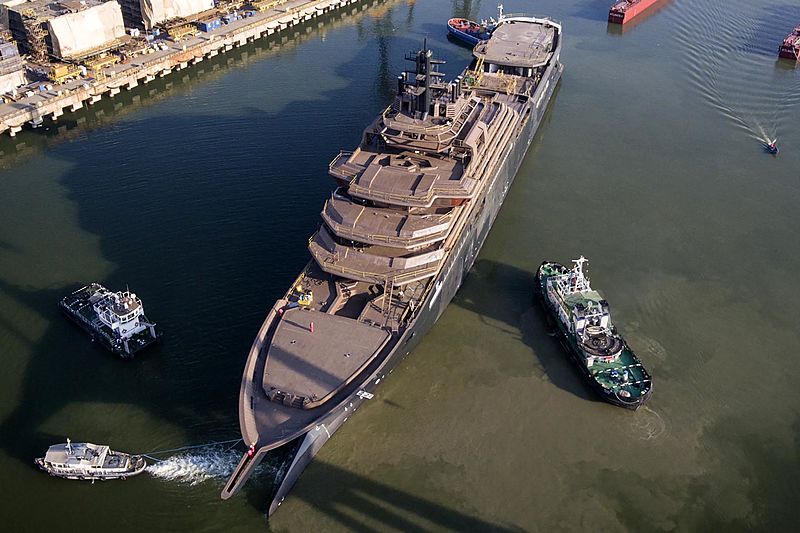