On the 20th of May this year WOSA Yacht Refit Management launched the Pershing 115 Mistral 55, on which they have been working on since December 2010 at the AR.PE.CA. SpA Shipyard in Viareggio. The yacht underwent an extensive interior and exterior refit as well as a conversion from a Private to Commercial vessel. A great deal of modifications and improvements were made to this beautiful yacht and the end result has greatly enhanced her value. 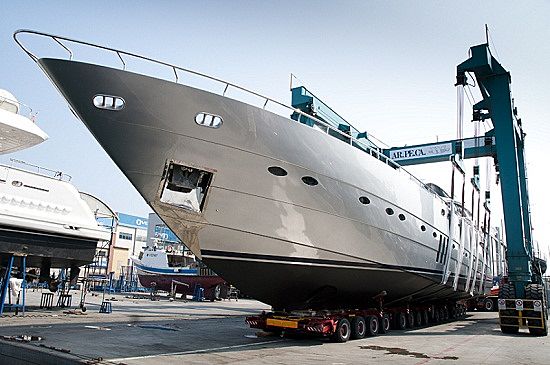 In the original design, her main deck salon and dining room felt somewhat restrictive, mainly caused by the fixed furniture, which made it difficult to move around. During the refit all the parquet flooring was removed, and a system of tracks, on which the lounge furniture and a dining table could move forward and aft, was created. This system allows the crew to completely open up the dining area during meals, greatly enhancing the traffic flow onboard. The salon ceiling was also raised to allow for more space. 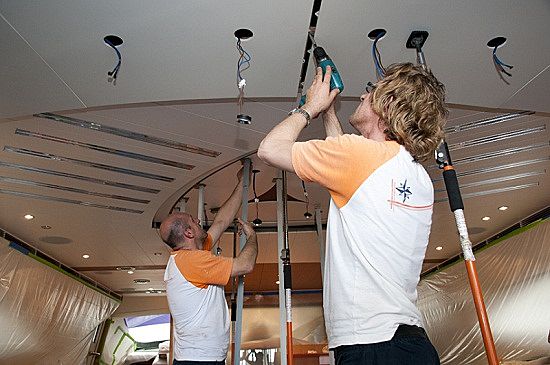 Exterior work included the repainting of the hull and parts of the superstructure, replacing of stainless stell anchor pocket covers, adding exterior stainless railings, created for commercial compliance, as well as storm shutters, life raft positions, and other safety equipment. 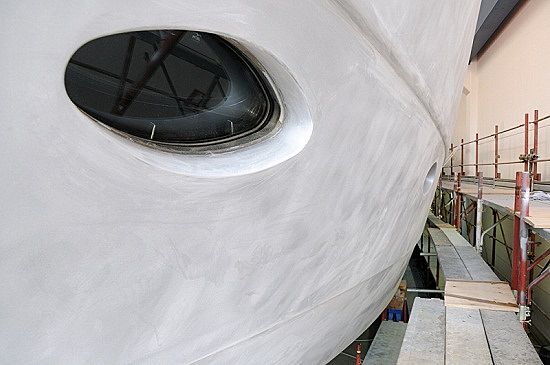 On the technical side, her main machinery such as her Kamewa/Rolls Royce Jets, Vericore TF50 Turbine, and generators were overhauled and serviced. 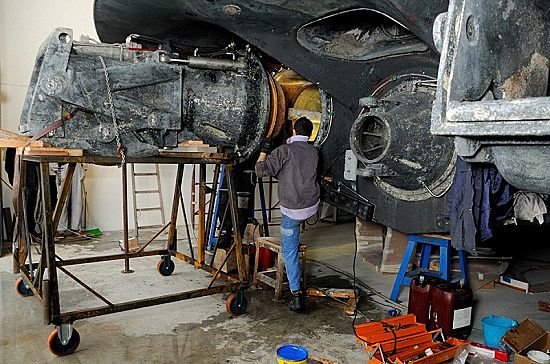 The success of the project was largely due to the collaboration between Captain Nigel Bigwood, the AR.PE.CA. Shipyard of Viareggio, WOSA Yacht Refit Management, and the owners representatives. From the beginning, the Captain and his crew had an enthusiastic "can do" approach to tackling every situation and decision. This attitude allowed for the work to proceed efficiently and effectively.

As a portion of the work was contracted and supervised directly by the Captain, there was a concern as to the coordination and programming of the more than 30 different companies, artisans, technicians and suppliers involved in the refit. In reality, the process was managed very well through strong communication between the Captain, Project Manager and Shipyard on a daily basis.