Cantiere delle Marche has successfully launched the 37.35-metre explorer superyacht Acciaio 123 during a private ceremony at the Ancona-based shipyard. Following on from the Acciaio 105 launched in 2018, the Acciaio 123 is the second unit in the series and features the signature naval architecture and engineering of Sergio Cutolo/Hydro Tec and interiors by Cantiere delle Marche, who worked closely with the owners to create accommodation for up to 12 guests across five cabins. 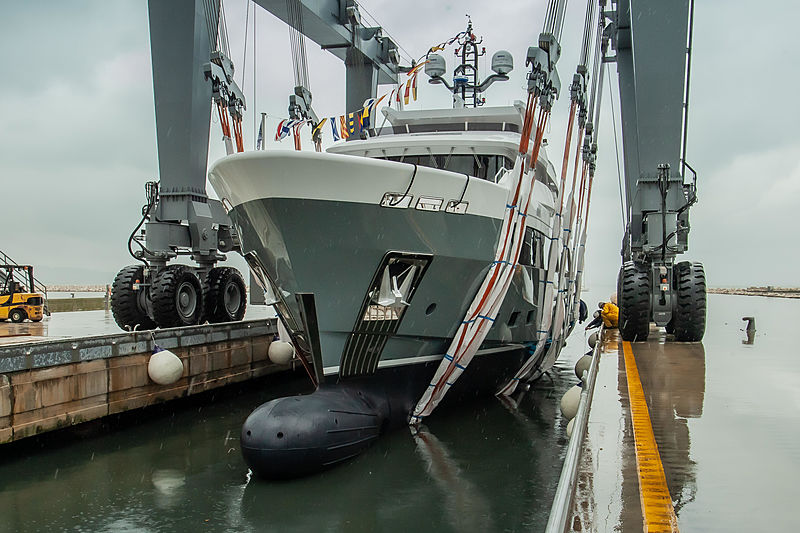 Photo: Cantiere delle MarcheThe Acciaio 123 boasts large interior spaces spread across four decks, including a large sun deck. The main deck layout features the owner's stateroom which occupies the forward section of the deck. Vasco Buonpensiere, co-founder and Sales and Marketing Director of CdM, stated: “I am really looking forward to showing this vessel to the market: her technical areas are just incredible as far as finishing, layout, unrivalled engineering and interiors are really surprising in terms of volume and use of the space.”

“Yesterday, while touring the boat with her owners I thought that this yacht confirms and witnesses  that CdM strongly deserves its role as absolute leader of the explorer market between 90 and 145 feet: it is really hard to beat our level of passion, knowledge, expertise, know-how and ability in designing, engineering and building explorer vessels belonging to this segment,” he added. 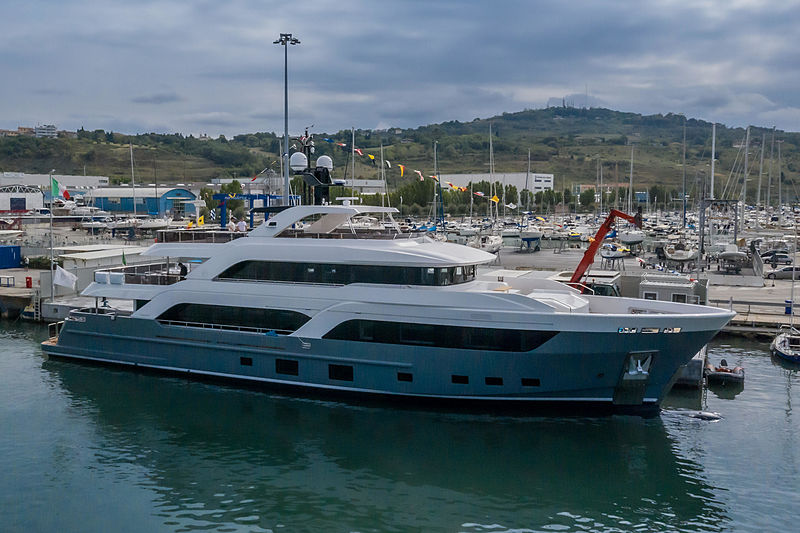 Photo: Cantiere delle MarcheBruno Piantini, General Manager at CdM commented: “I would personally like to thank for his constant support to our team Richard Kaye of Arcon Yachts who acted as the owner’s representative and has always been greatly supportive with everyone at CdM. A special thanks goes also to Michele Santini, Head of Production Department and one of the main pillars of our organisation. Michele can constantly improve the level of quality and finishing of our vessels, from the bilges to the most noble areas of them. If  someone wants really to understand CdM, he should definitely spend some time working with Michele to understand.” 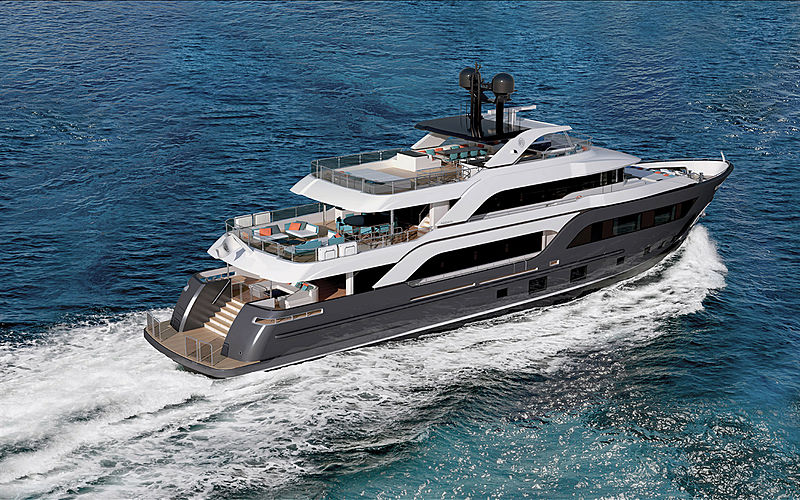 Photo: Arcon YachtsThe eco-friendly power behind the Acciaio 123 is in the form of twin 533kW Caterpillar engines providing a top speed of 13 knots and a range, at 10 knots, of 5,500 nautical miles, all of which works in collaboration with Hydro Tec's full-displacement hull design. 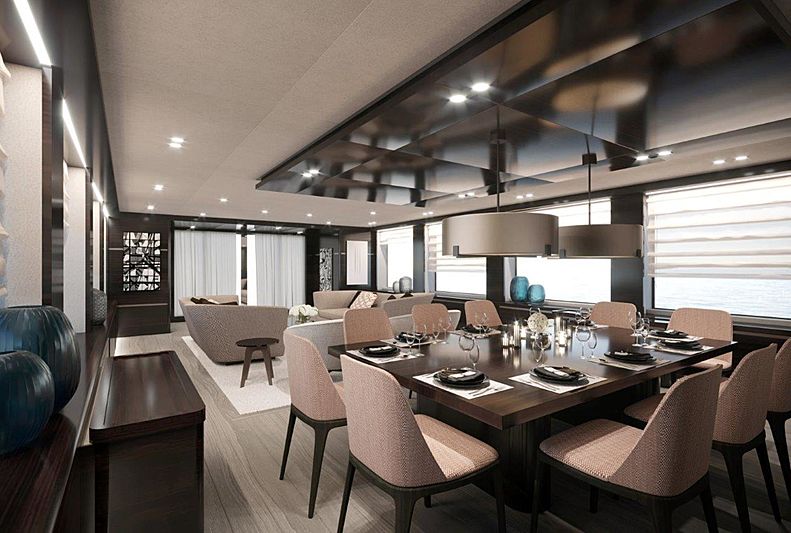 Photo: Arcon Yachts“To create the feeling of a yacht that can explorer the oceans in comfort we designed the Acciaio 123 with a high and dominating bow that was then beautifully fared to soften this feeling,” says Sergio Cutolo. 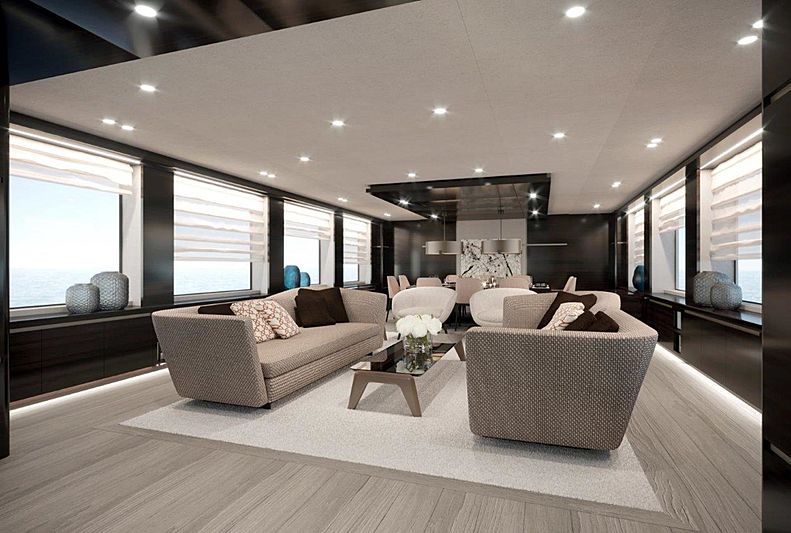 Photo: Arcon Yachts"The sheer line of the bow smoothly flows down creating the classic sophisticated yachting style. This flowing feature was then replicated in the design by incorporating the fashion plates that effortlessly glide to both the main deck and upper deck from above. To emphasise the fashion plates we created continuous black glass on the superstructure giving the yacht a modern feel. We incorporated a high bulwark either side of the wheelhouse creating the effect of strength, power and security. We had to work on easing this strength by smoothly incorporating the wing stations with a gentle curve to the bow which was replicated on the superstructure above,” he added.