Aptly named for a vessel which looks like it has just landed from outer space is the 42.5-metre power trimaran Adastra, (‘Ad astra’ being a Latin phrase which translates as ‘to the stars.’) Taking off from the drawing boards of British designer John Shuttleworth and landing at McConaghy Boats, Adastra came together in Zhuhai, China and was completed back in 2012.

Her owner, shipping magnate Antony Marden - who goes by ‘Anto’ - commissioned the boat from his friend John Shuttleworth and has been world-cruising on her ever since. His experience abroad Adastra has been out of this world, but he’s now made the decision to put her on the market: SuperYacht Times finds out why. 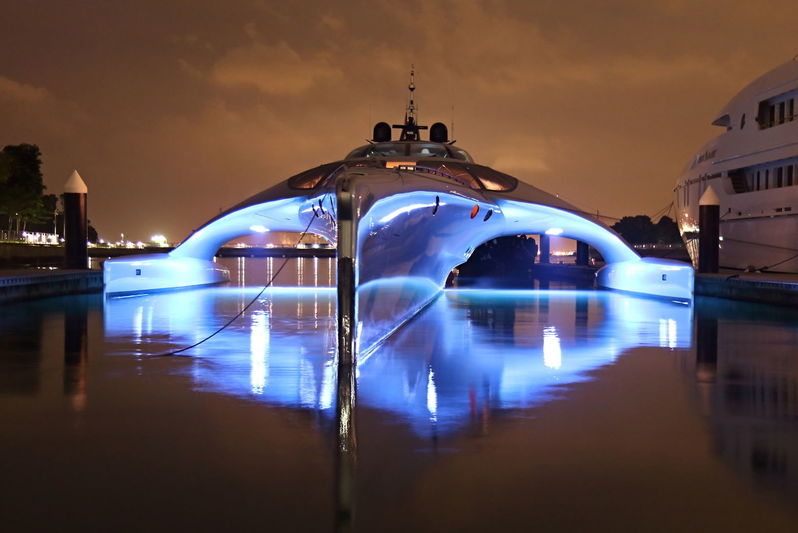 What was it that initially inspired you to build Adastra?

My first major yacht, Mazinga is designed by John Shuttleworth in the early 80s. She was a 45-foot trimaran cruiser-racer and I had her built out of wood/epoxy in the Philippines by a couple of itinerant boat builders. I stayed friendly with John ever since and sailed together. John has that combination of technical knowledge - he’s a computer whizz kid - married to artistic accomplishment.

When the shipping market went up all of a sudden, I finally had a bit of money to spend wisely and so I talked to John and we cooked up Adastra. It took about three or four years to fiddle around with it and three or four years to build, which cost far more than I thought it would. But they’re very good at building hulls at McConaghy and the interior also went well. 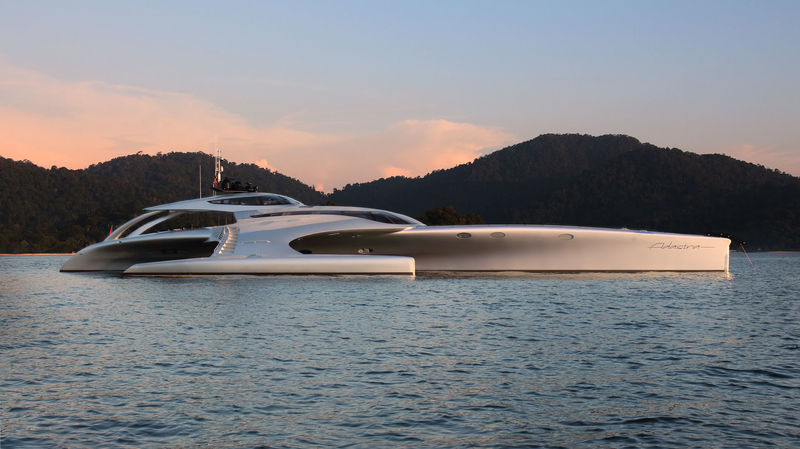 What have been some of your cruising highlights on board Adastra?

The Fijian Islands were good and going all the way through Indonesia, Raja Ampat, and the Anambas Islands are lovely - that’s north of Singapore. Quite honestly the Greek Islands offer really, really good cruising because they’re close together. The weather isn’t too rough and each island is a lovely destination. You can always go to the taverna and there’s something happening there, it’s very pleasant actually. Greece is the best place to go to the Mediterranean. 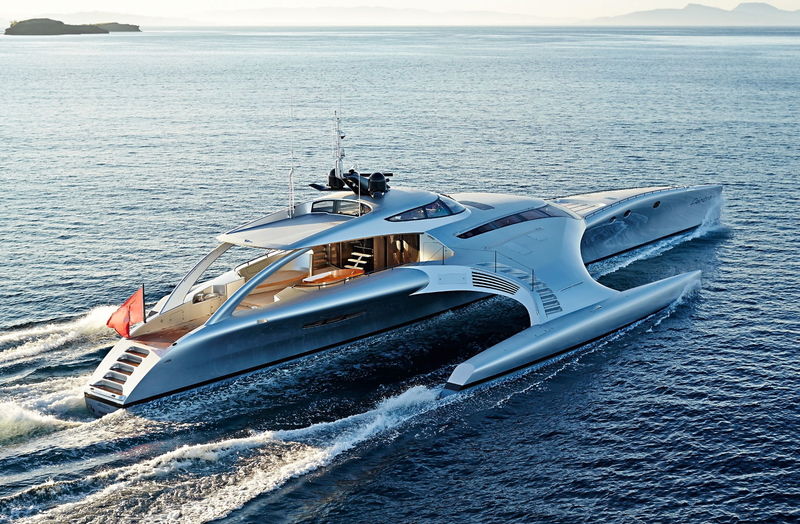 What are your favourite things about Adastra as an owner?

Firstly, there’s her seaworthiness: we can go to sea in almost any condition. We’ve left marinas in the middle of the night into a howling gale and people are aghast! The big white yacht people would never dream of going out in these conditions, but Adastra is pretty bloody good. She can muscle her way through pretty much anything.

The next thing is fuel economy: we can go across the Atlantic twice without refuelling, which is always good. You go into the Mediterranean, you fill up with 30,000 litres of diesel in Gibraltar, and that’s pretty much done for the season. Naturally, she is also a super-head-turner. Everybody, literally everybody takes a photograph. It’s like living in a fishbowl. In Italy, they’re a bit insistent, but you can always disappear down below. 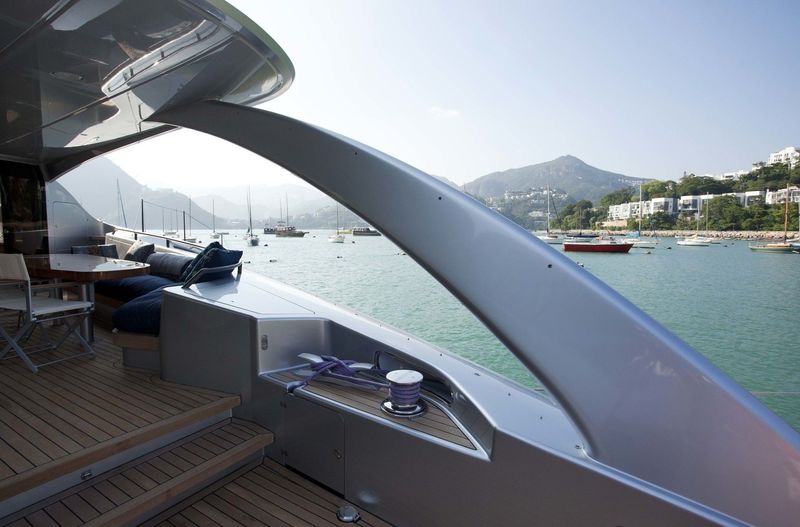 Why have you decided to put her up for sale?

Quite honestly, I’ve finished with world cruising and haven’t totally retired yet, so I’ve not been able to spend as much time as I’d like to on board. It’s a bit of a waste to have her sitting there not doing anything just waiting for me to turn up, so I’m pulling my horns in.

I’ve got another yacht called the Hung Twa which is also 120 foot, she’s steel patrol type boat made in China designed by Nigel Irens, another famous multihull yacht designer. I’m going to use her for cruising around Southeast Asia. 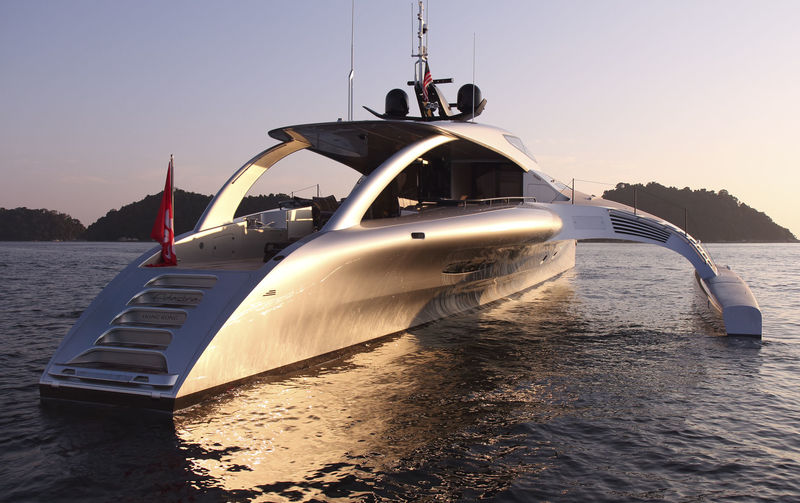 Do you have a specific buyer in mind?

He who pays the money does whatever he or she likes with it. I’m not sure there are too many people like me who want to sail around and explore different parts of the world. Like a retired hedgefund guy from America who has always been a sailor and wants to go world cruising, that would be one, but I think it’s much more likely that it’ll be the boy racer type, one of the oligarchs, 40 years old who wants to park her in Formentera and impress the babes.

Because she’s actually quite small, there are only three cabins so she is very different from a superyacht: it’s more like a family sailboat operation. It’ll probably be quite a long campaign. I wouldn’t expect her to be sold quickly, because there are only a certain number of people who want to buy, out of that number, half of them aren’t ready and half of them don’t have the money: there are too many variables to expect her to be sold quickly. 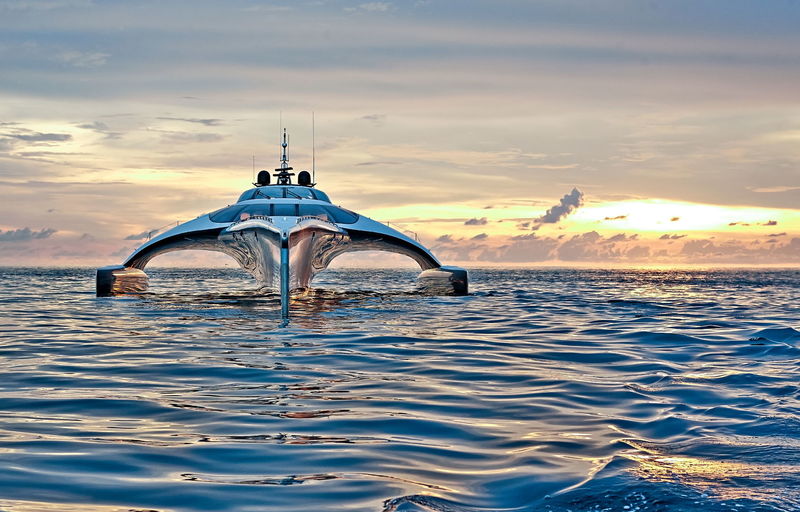 Are you looking to expand your fleet going forward?

I’ve got my islands in Indonesia, including Pangkil and Pulau Joyo. I’ve got my patrol boat and she’s a big boat, she needs some stabilisers putting on and a bit of refurb work doing to her but I think she’ll do fine. I’ve got quite enough yachts so it’s time to cut back! 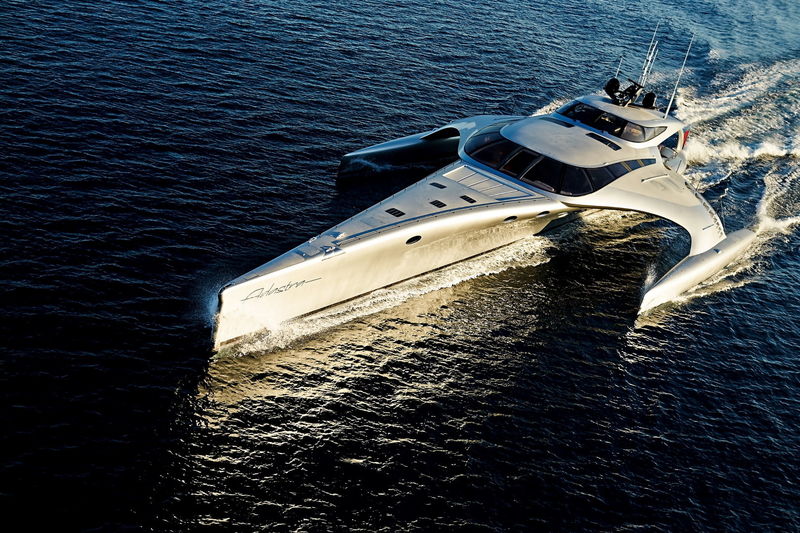