26 North Yachts has confirmed the sale of the 33.53-metre yacht Alexandra Jane after 180 days on the market. The owners of the 1995 Broward yacht were represented by 26 North Yachts broker Bill Powers and concluded the deal with a last known asking price of $1,695,000. Once completed, the refit project updated the yacht's carpeting, kitchen appliances, washers and dryers, headliners, and furniture. Plus, the exterior rear teak decks and outdoor furniture was replaced and a new hot tub was installed. Mechanically, Alexandra Jane benefitted from an overhaul of her engines and generators, full running gear service including new props, and a complete refit of the AC system. 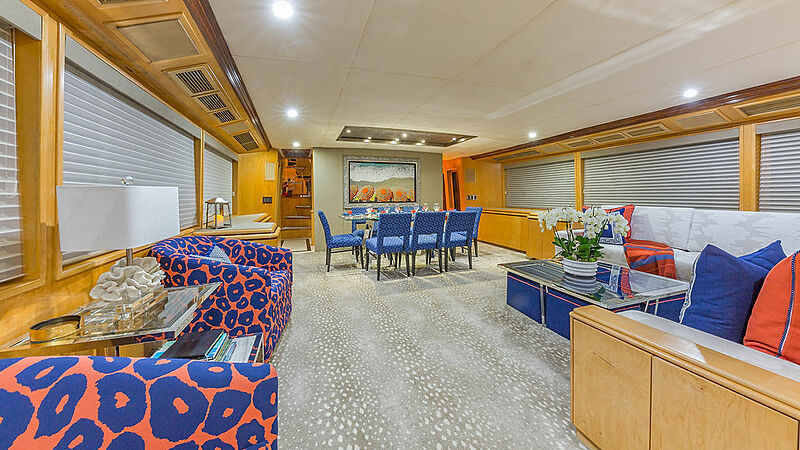 In a previous interview with SuperYacht Times, the previous owners of Alexandra Jane said that the yacht's five staterooms, open flybridge and ability to hold almost 7000 gallons of fuel for extended cruising were some of the key features for them. With additional dining areas, sunpads and an intimate seating area on the foredeck, Alexandra Jane had many social spaces. Also inside, there is a large saloon and dining area, country kitchen style galley, and full-beam master which is one of five staterooms. As a successful charter yacht, Alexandra Jane was sold with over $100,000 worth of toys, including a 32' Intrepid tender, Jetskis, Seabobs, dive compressor and gear and a slide.

Interview: Fair Lady's owner on the joys of chartering his classic Scottish yacht