The 60-metre yacht Amels 200-02 has been launched at Damen Yachting in the Netherlands, following her sale. This is the shipyards second RoFlo launch of the year. Damon Smallwood of Superyacht Sales and Charter managed her sale on behalf of the owners. 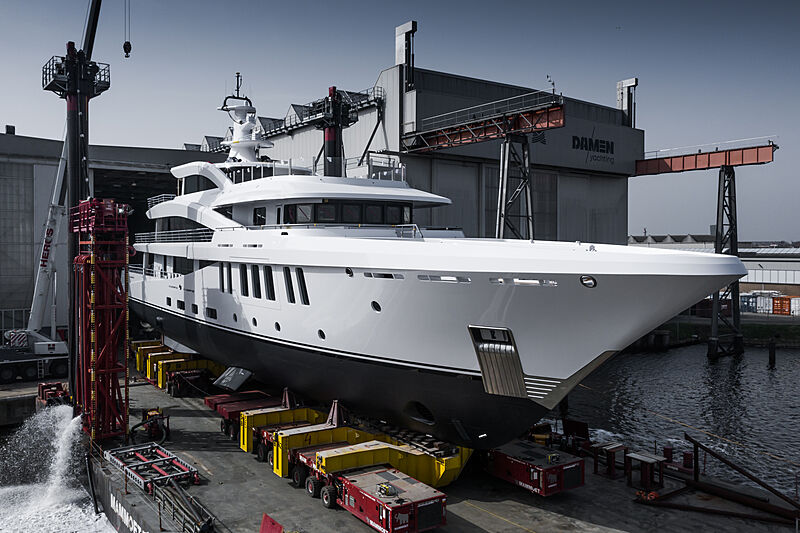 Like her sistership the Amels 200-01, which was launched in February of this year, the limited edition Amels design features exterior design by Tim Heywood, and will now undergo the final stages of outfitting at Damen Yachting, ahead of her delivery this summer. 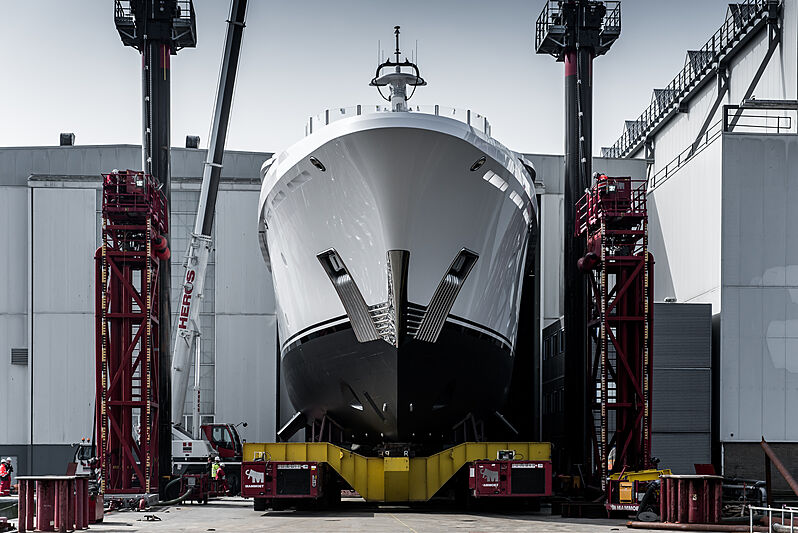 The Amels 200 design shares many of the features of its predecessor, the Amels 188, including the same naval architecture with high volume and hybrid electrical power technology, as well as a climate controlled gym on the sun deck. However, the new elongated model features larger aft decks and a swim platform, as well as full-height windows in the owner’s suite to illuminate her elegant interiors. 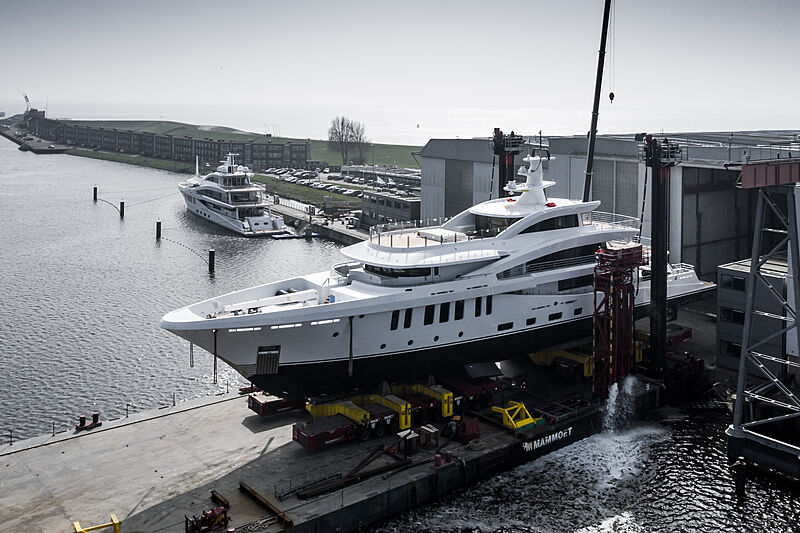 Of these aforementioned improvements, Tim Heywood described them as “only increasing her sophisticated appearance, as well as elevating the functionality of her interior”. He adds that “the many winding surfaces allow sunlight and reflections to add to her magic, only made possible by the sculptural forms and high gloss finish achieved by her builders, who have invested so much time and effort into achieving perfection. The flowing lines of her multifaceted exterior are exactly as I imagined and the difficulties of her complex forms have been crafted with enormous care and talent”.

Her custom interior design has been penned by the Ancona-based design studio Luxury Projects, who were commissioned for the four-year long project by Amels 200. The Amels 200-02 holds six luxury staterooms, for up-to twelve guests, accessed from its four decks by an internal elevator.

Thirteen crew members are accommodated in seven cabins, and she has a cruising speed of 13 knots, with a top speed of 15.5 knots.