The 26.4-metre motor yacht Aroha has been sold with Y.CO representing the seller in the deal. Designed and built by Nordhavn Yachts as an Nordhavn 86 expedition yacht in 2010, the vessel has been used only privately since delivery. Photo: Y.CO YachtsDesigned with adventure in mind, Aroha comes equipped with an extended swim platform with ice maker ideal for fishing trips, as well as a generous sundeck complete with removable screens for al-fresco dining in all weather conditions. Perfect for those looking to make the most of life on the water, Aroha is also equipped with a 5.2-metre AB tender, Wave Runner and ample space for toys, fishing and diving equipment. 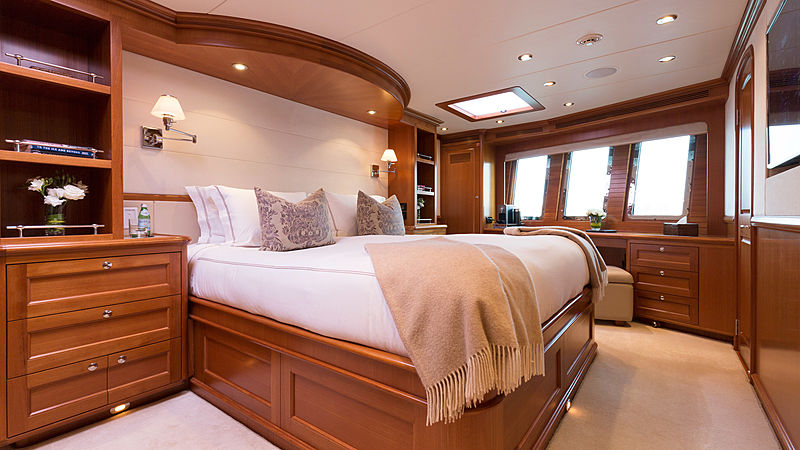 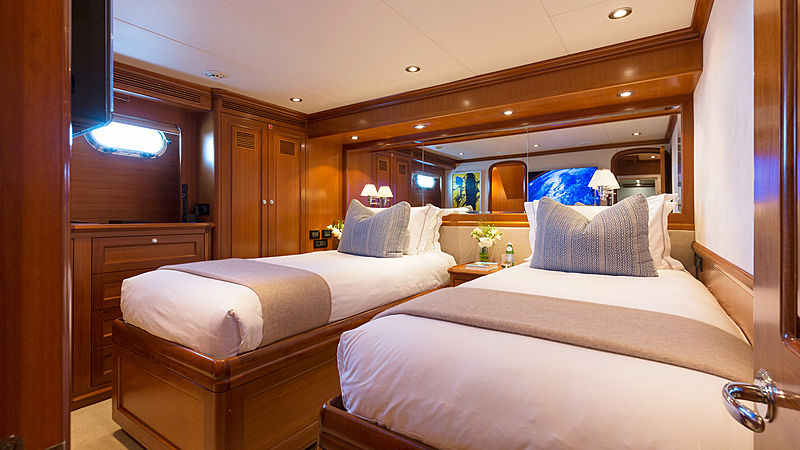 Photo: Y.CO YachtsOn board, motor yacht Aroha provides accommodation for up to eight overnight guests across a bridge-deck owner's suite - which opens to its own private deck area via floor-to-ceiling glass doors - as well as three additional suites comprising of a main deck VIP and two lower deck doubles (one of which converts to a twin room). A crew of four is also housed on board. 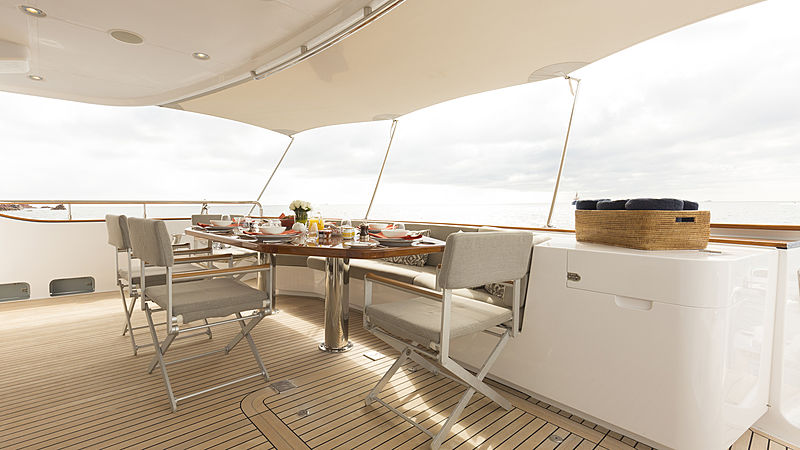 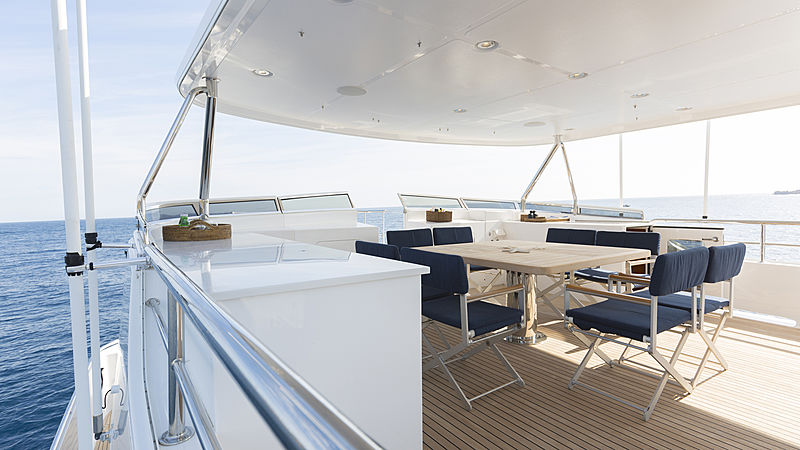 Photo: Y.CO YachtsPerformance-wise, Aroha is powered by twin MTU 60 Series engines, enabling her to reach a top speed of 12.5 knots and cruise at 10 knots, with a range of 4,000 nautical miles at cruising speed. 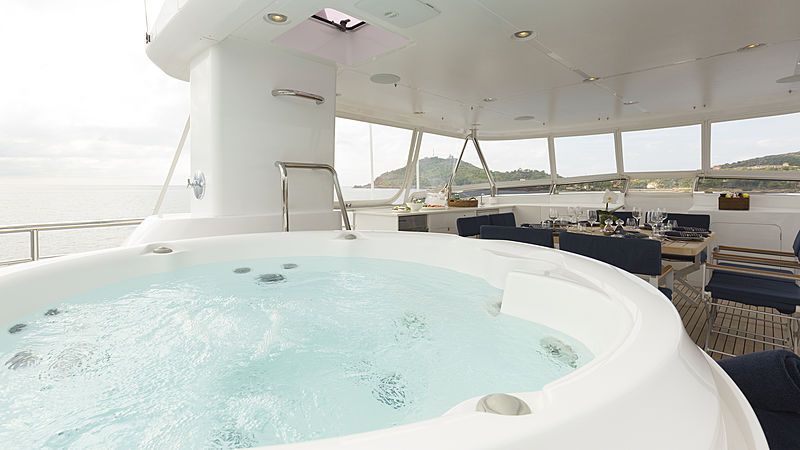 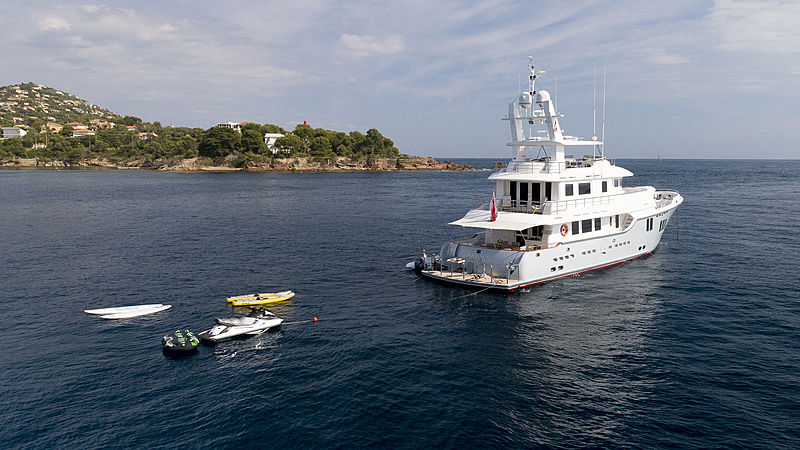 Photo: Y.CO YachtsBen Ritchie from the Y.CO sales team commented: “Aroha is the finest example of the tried and tested Nordhavn 86’ series and we are thrilled she has found a new owner. With a 4,000nm range, this yacht is capable of and has reached some of the most remote destinations on the planet with ease. Aroha underwent extensive winter works earlier this year and her new owner will be able to enjoy her straight away." 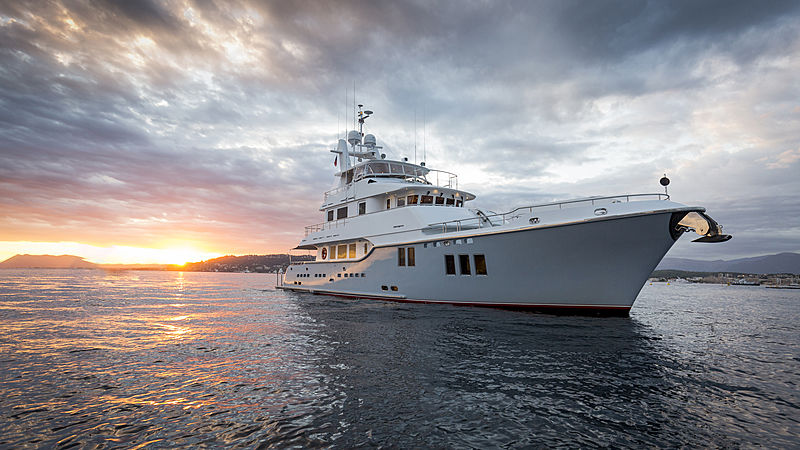 Photo: Y.CO YachtsAt the time of being listed as a yacht for sale, Aroha's last known asking price was €3,950,000.