A CdM Darwin 102, explorer yacht Babbo was recently sold to an experienced Australian owner. With exterior and naval design by Hydro Tec and interior design by Simon Hamui, the Darwin Class explorer yacht has found a new owner thanks to CdM’s Carlo Aquilanti, who was in charge of the sale. 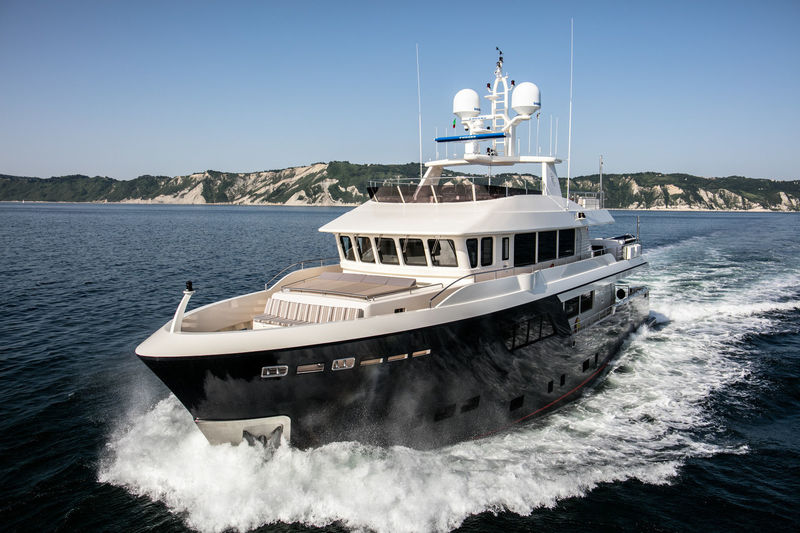 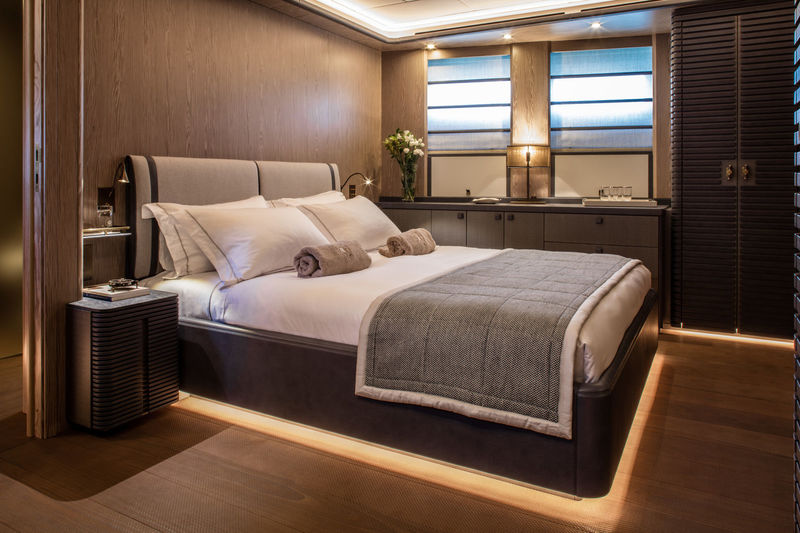 Motor yacht Babbo can host up to 12 guests in her five staterooms and is taken care of by a crew of seven. All guest cabins are located on the lower deck with a large owner stateroom forward, two twins with extra pullman beds amidship and two VIP cabins aft. A mixture of earthy and exposed natural elements used for the interior creates a warm and welcoming atmosphere on board. 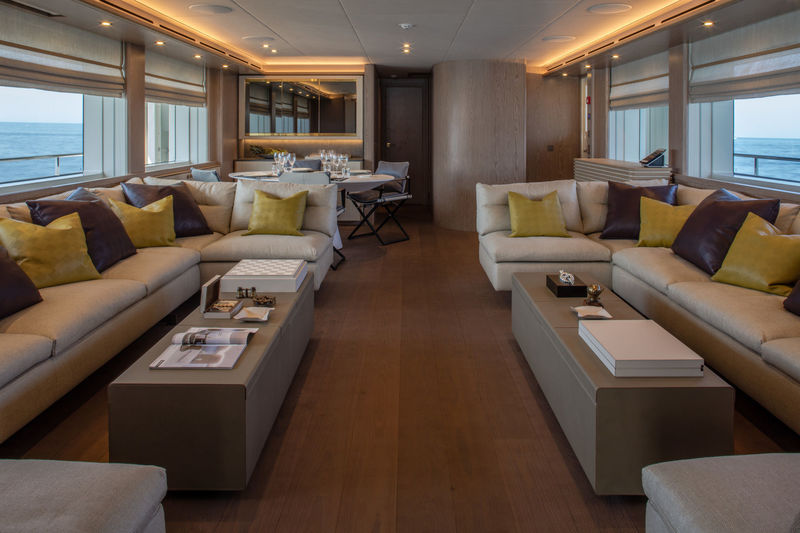 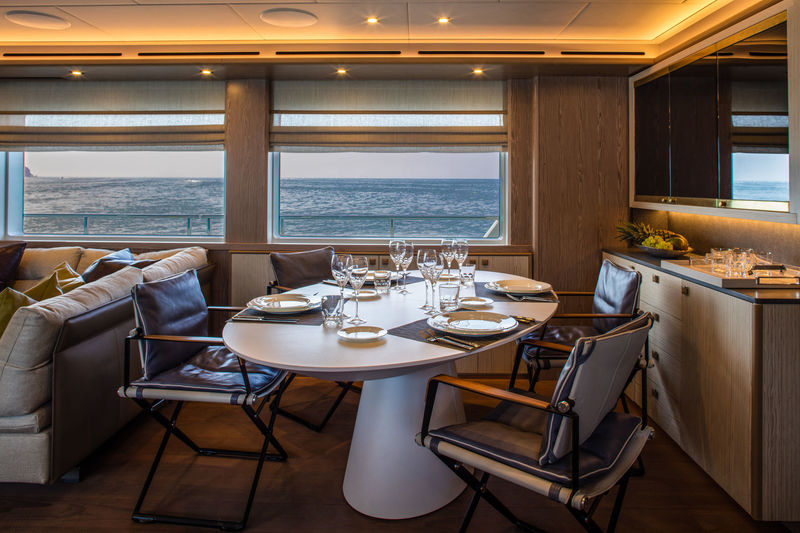 Social spaces are spread over the main and upper deck with a large saloon on the main deck and a sky lounge on the upper deck. The 31-metre yacht also features two spacious sun decks, one of which can be converted into a tender storage for long journeys. Her garage can be used for storing diving equipment and water toys. 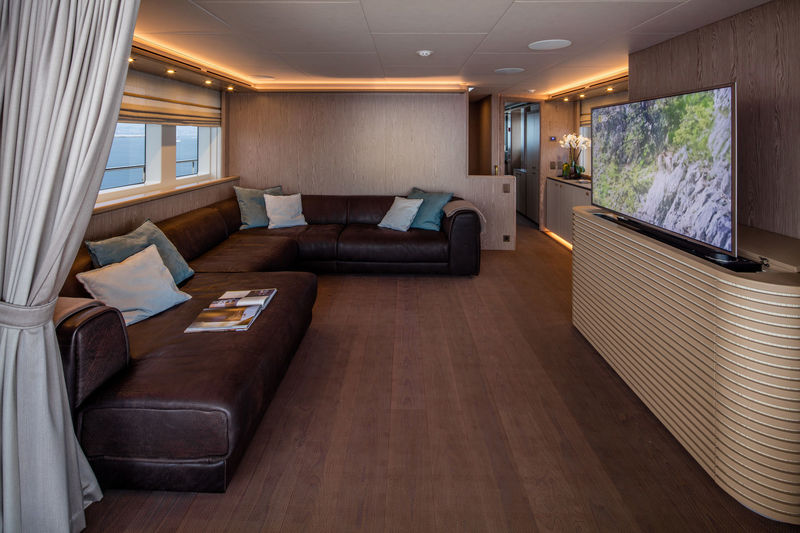 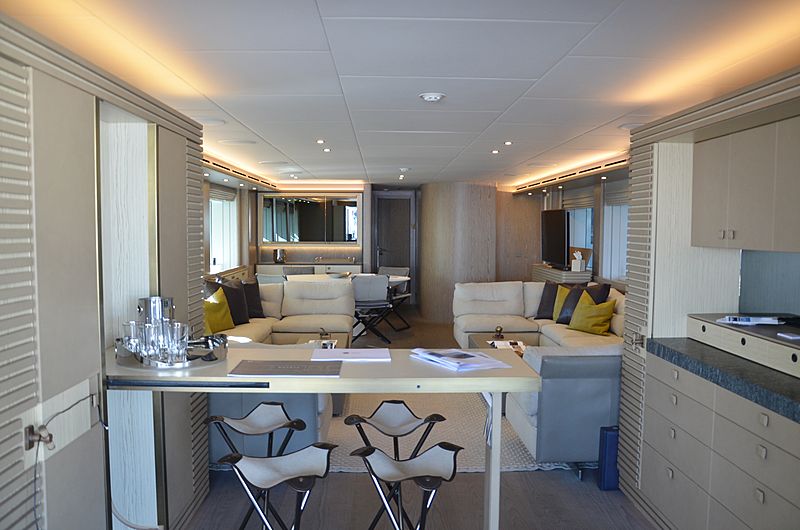 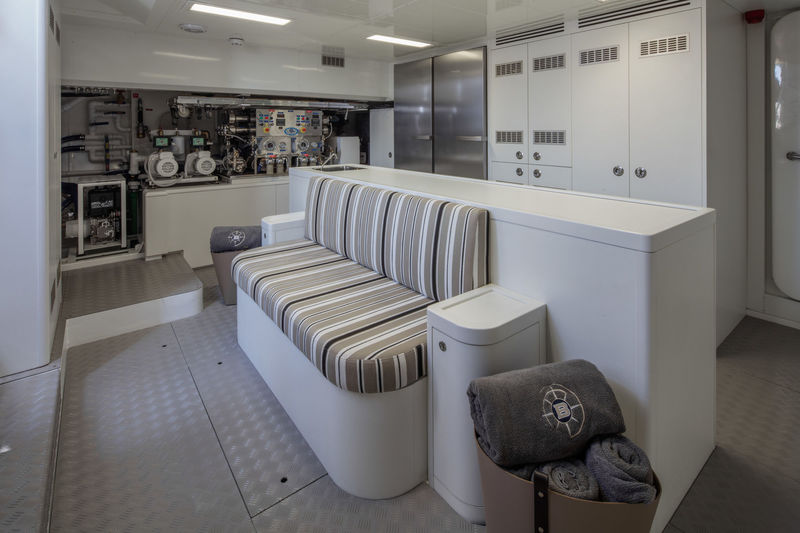 Equipped with luxury highlights such as her 12 seat outside teak table, family-sized grill and jacuzzi, Babbo’s well-appointed aft decks make her the perfect family-friendly explorer yacht. 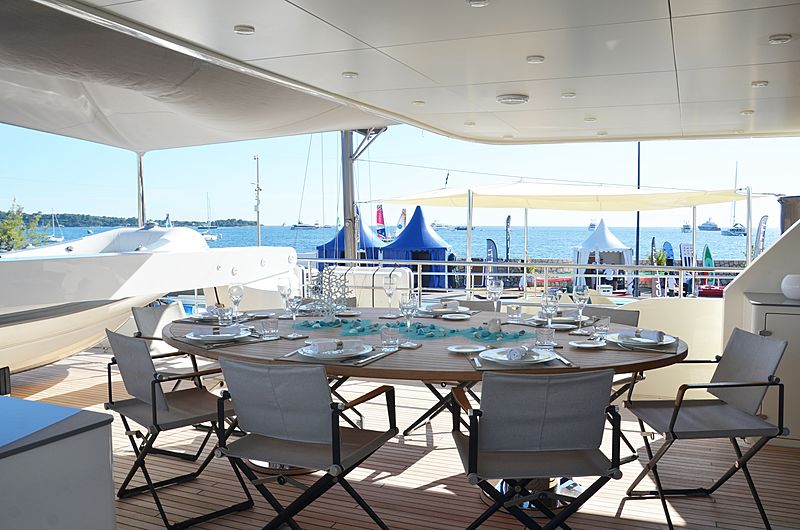 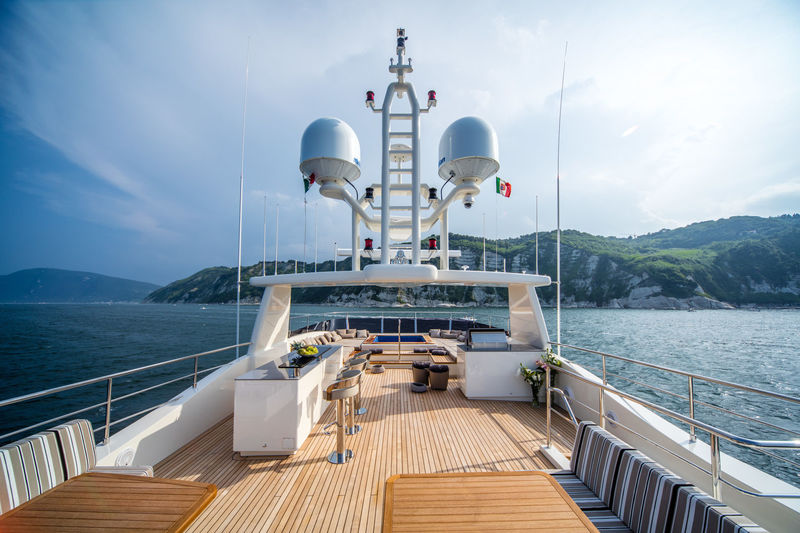 Her displacement hull hosts two Caterpillar engines which provide enough propulsion to drive Babbo to a top speed of 13 knots and a cruising speed of 11 knots. At the time of her sale, Babbo’s last known asking price was € 8,000,000. 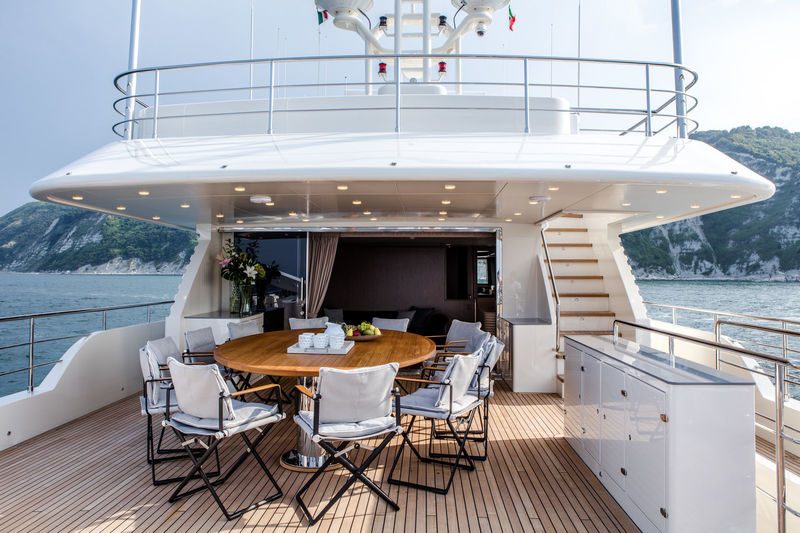