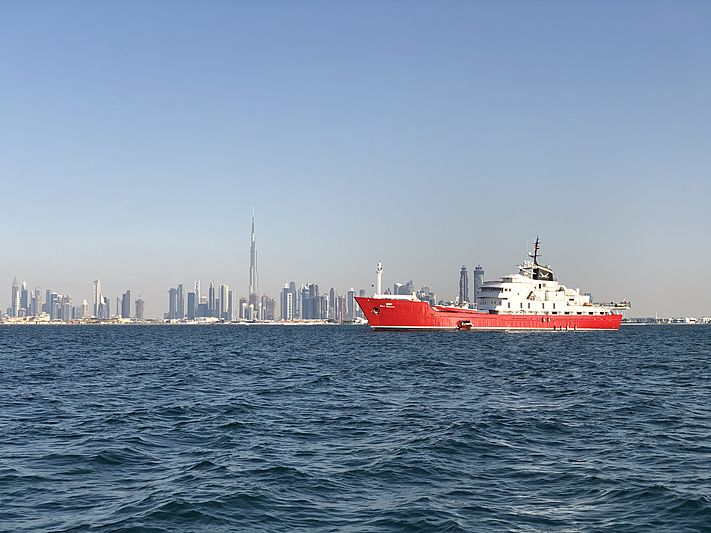 Photo: Maarten JanssenThe 80.77-metre Canadian Vickers yacht Bart Roberts, formerly known as Narwhal, was built in 1963 as an ice-breaker and was used by the Canadian Coast Guard to perform search-and-rescue missions in Canada’s northernmost waters. The yacht as it appears today features naval architecture and exterior designs by Lennart Edstrom and interior design by Tradepower International, Inc. The 1960 GT yacht was converted into an explorer-style yacht during a 2001 refit after it was bought by a private owner in a bidding, making her one of 138 converted yachts within the global fleet of 5,074.