You might recognise The Island from Nauta Design’s 78.4-metre concept Slipstream, which in 2019 is the most recent vessel to feature the newly-patented beach club concept. 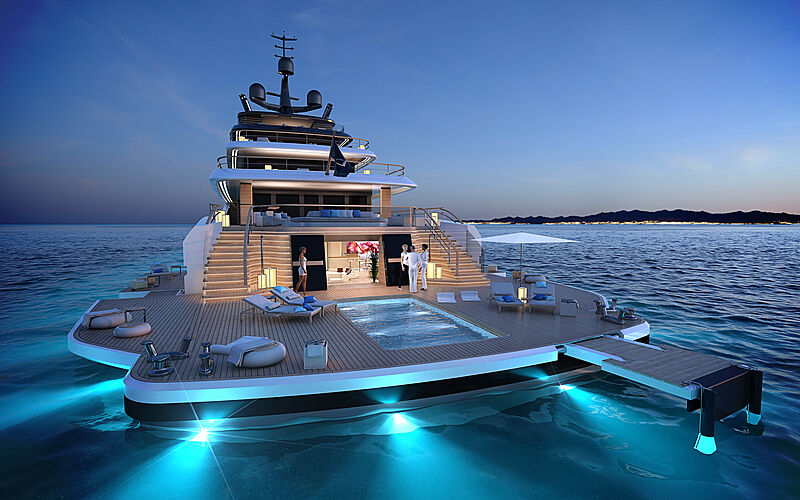 Photo: Nauta DesignThe Island is now a signature feature of a number of designs developed by Nauta from 54 to 96 metres in length. Nauta Design’s 75-metre concept Dune was the first to feature the newly-patented beach club concept in 2017. The designer’s latest superyacht designs benefit from the concept: the 78-metre Slipstream will have 66 square metres of supplementary area provided by the opened beach club, the 85-metre Wave will have 46 additional square metres and the 96-metre Air yacht concept will have an extra 53 square metres and 95% additional aft deck space. 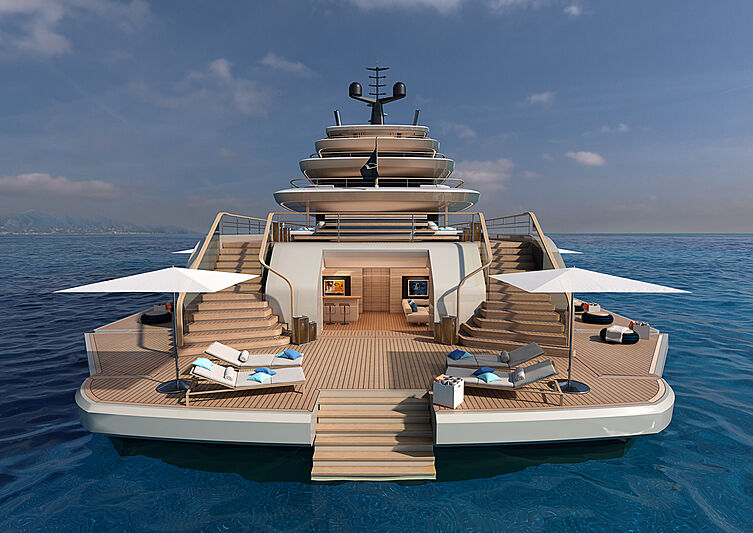 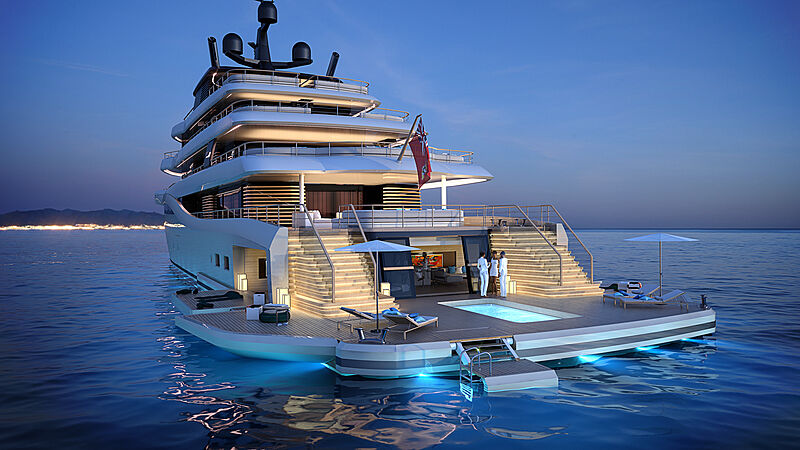 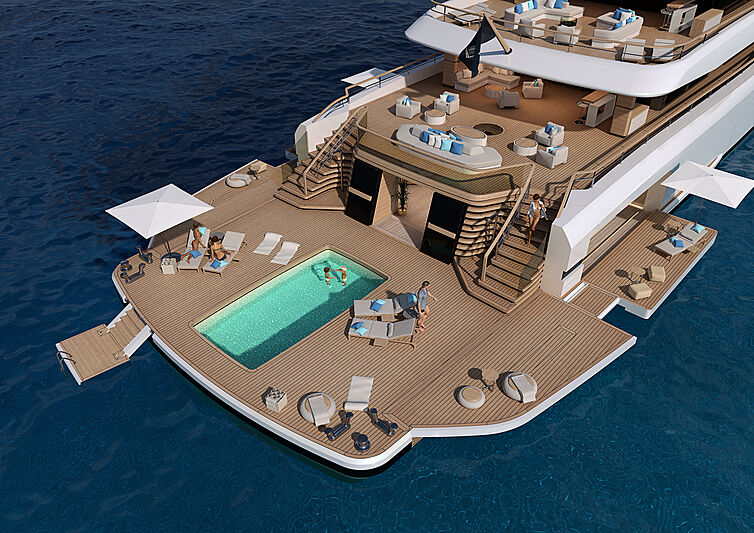 Photo: Nauta Design“The Island concept began with 75-metre Dune that was developed for a specific client who didn't want the pool on the main deck aft and instead asked for a seamless connection between the main deck and sea level,” says Pedol. “Hence our idea of opening the area up on the sides to increase the surface area, improving circulation and providing spectacular contact with the sea. After all, the best reason to invest in a superyacht is to be able to enjoy what is all around you in the most direct way possible.” 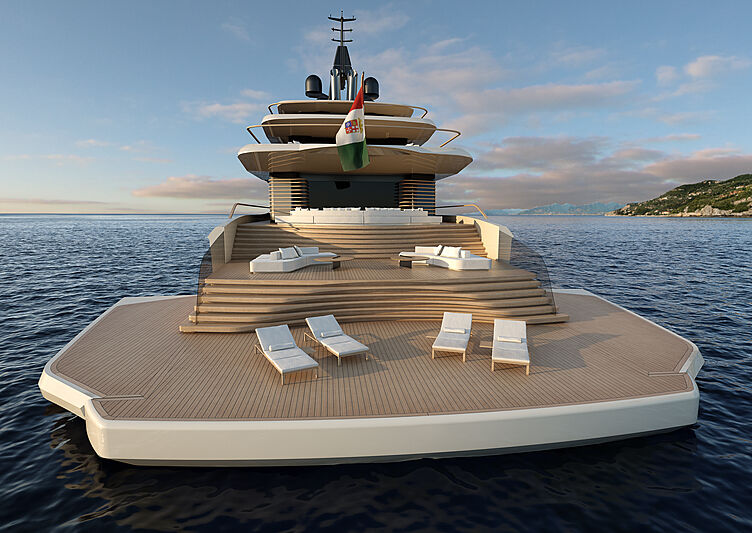 Photo: Nauta DesignWith patents now approved by regional authorities in Italy, Turkey and the EU, The Island is an expandable aft deck or beach club, which enhances a yacht’s contact with water through fold-out bulwark terraces. The designers aim to achieve a streamlining effect from the superyacht itself to her surrounding environment. 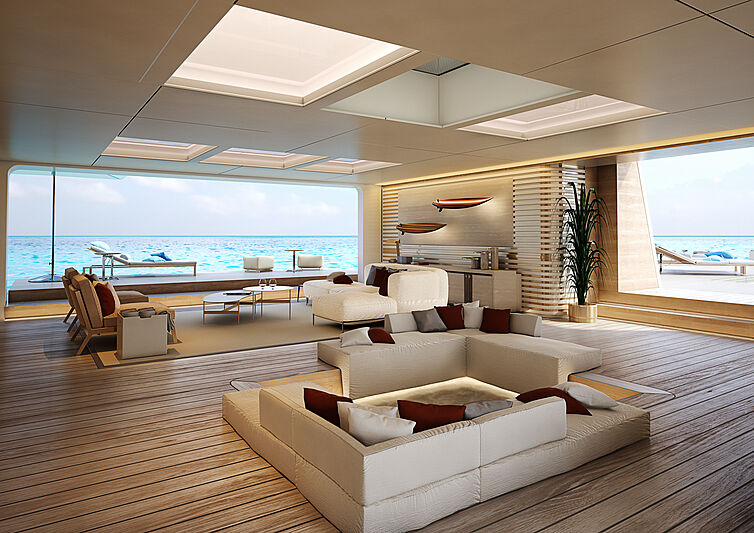 Photo: Nauta DesignWith The Island, designers wanted to create an uninterrupted walkway that embraces three sides of the hull in the stern. To achieve this, they inserted a connecting section between the side terraces that opens out over the sea at beach club level and fold-down bulwarks that extend the stern platform. This creates a single walk around space that allows guests to move freely from one side of the yacht to the other either from inside the beach club or from the open aft deck.