Home > News > Insight: The owner, broker and captain of the 34m yacht for sale Black and White

A superyacht owner’s journey can very much depend on the owner’s supporting team of expert individuals within the industry. These connections can heighten the experience of superyacht ownership, as an owner’s team can share their knowledge and expertise and take the time to become personally acquainted. A fine example of a supportive team and an owner’s fruitful journey through superyacht ownership is the long-standing relationship between the current owner of the 34-metre Sunseeker superyacht Black and White and the 40-metre E-Motion, Captain Sylvain Jacquart and sales broker and founder of Moana Yachting, Foulques de Raigniac. 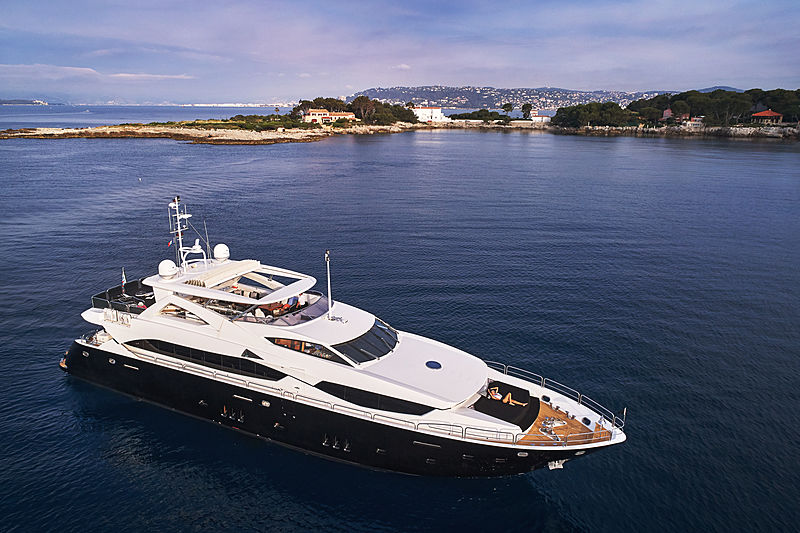 Building on their existing relationship with Black and White’s owner, Foulques and Sylvain have a long-standing history with the French superyacht owner, which began after the purchase of his first Sunseeker, the 28-metre Winning Streak, some 12 years ago. As the broker who saw the deal through, Foulques invested his 17 years of industry experience into being the owner’s right-hand man during the deals of the owner’s subsequent superyachts: Black and White and the owner’s latest and third Sunseeker yacht for sale, the 40-metre E-Motion built in 2016. 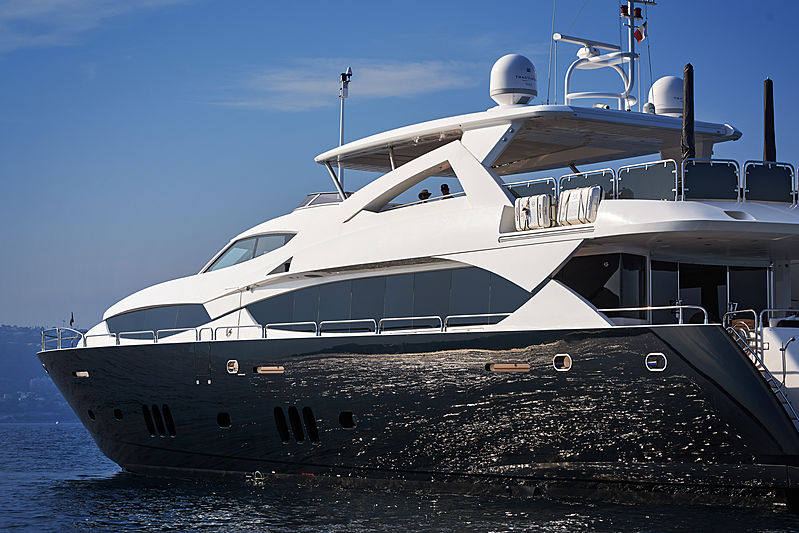 Now representing the 34-metre Black and White as one of the many yachts for sale listed with Moana Yachting, Foulques de Raigniac and Captain Jacquart relay the story of how the owner first became acquainted with his second superyacht. “For several years, there has been a real relationship built on trust between the captain, broker and owner. Foulques found us Black and White in 2014 and sequentially sold our last boat, the 28-meters Winning Streak,” explained Sylvain. 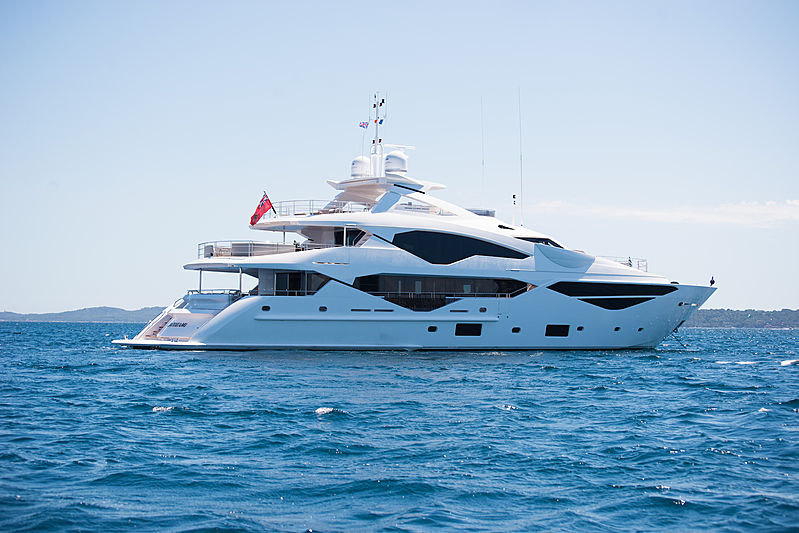 Launched during August 2010, the semi-custom Sunseeker 34M Black and White has spent four years with her current owner and is now for sale as a result of the owner purchasing and upgrading to the larger E-Motion, which is available for charter with Moana Yachting. “We feel like we are reliving our first experiences of superyacht brokerage following the purchase of E-Motion! This is why we give all our confidence to Foulques for the sale of Black and White,” added Jacquart. 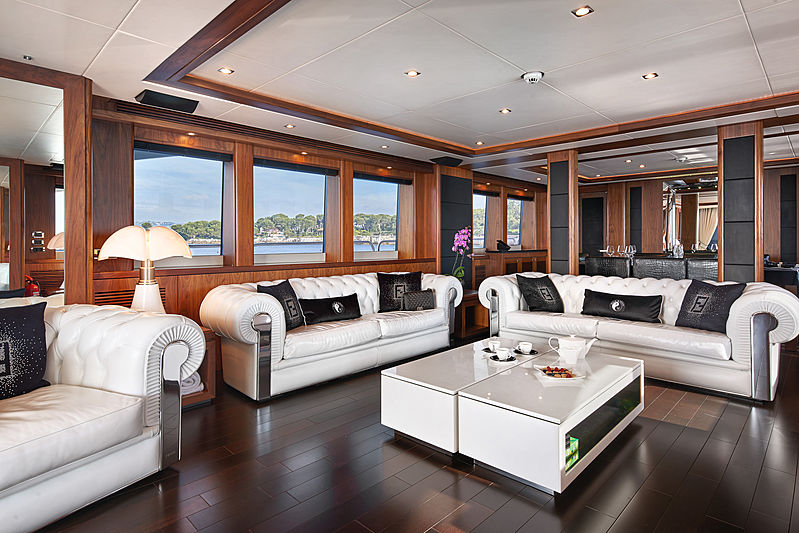 Having been consistently kept in good condition following her 2015 and 2018 refit, which included work to her mechanics, varnish and floor, the interior of Black and White, originally penned by Philippe Starck and luxury Italian fashion house Fendi, is one of the more notable features on board. Boasting Fendi furniture, Frette linen and design accessories, a Bang & Olufsen lifestyle system and an impressive gold mosaic steam shower, the next owner of Black and White will find carefully thought-out details throughout the superyacht. 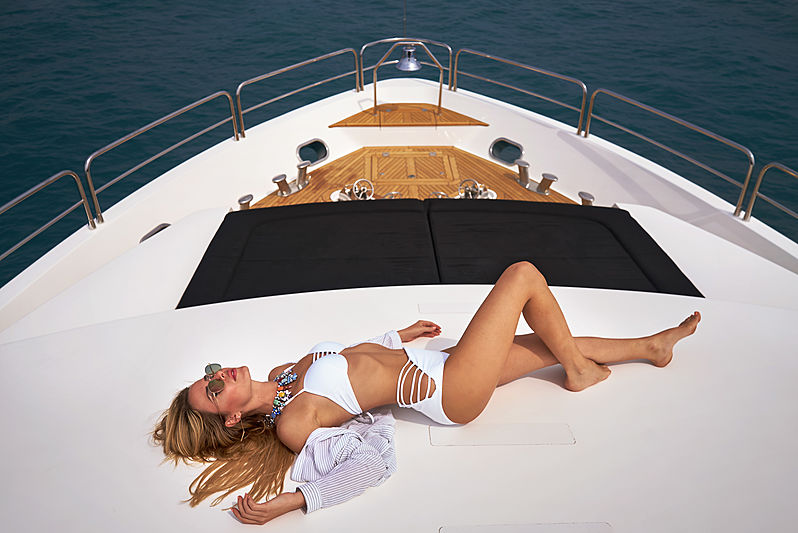 Up to ten guests can be accommodated for across five generous staterooms, including the master suite complete with a brand-new Jacuzzi. Guests can also enjoy the spacious flybridge fitted with an outdoor Jacuzzi and large bar. “The flybridge is one of the largest of this category. The space is very well arranged and features a dining table for up to 14 people, a large sunbathing area and hardtop,” commented Captain Jacquart. “In my eyes, Black and White is the best compromise for a two-deck 34-metre boat. Sunseeker continues to create the best interior volumes and displacements,” he added. 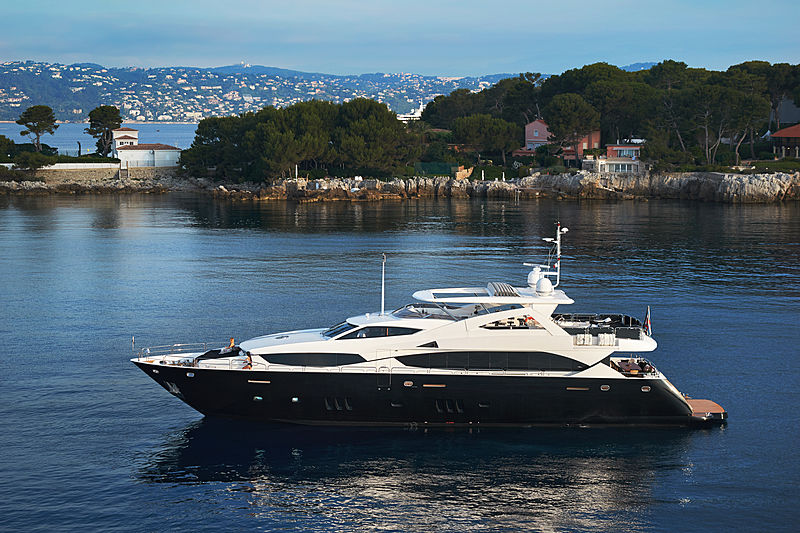 Also under the ownership of her current owner, Black and White has earned herself a reputation as one of the most successful charter yachts in the Western Mediterranean with back to back charters every summer totalling 80 days of charter per year. 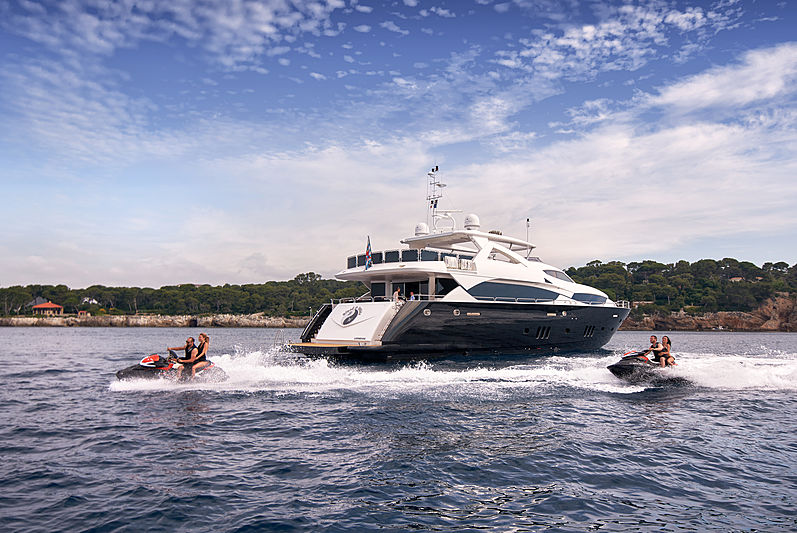 As one of 16 Sunseeker 34M yachts built, Black and White is proving to be a worthy choice for her next owner. Particularly as the story of how her current owner upgraded his fleet with the support of a dedicated broker and captain is relayed, it just goes to show how an owner bringing together a collection of top industry players can help create a superyacht superstar.

To find out more about superyacht Black and White, contact her broker Foulques at Moana Yachting directly using the contact details found below.