Having just reemerged after an intensive 4-year rebuild project, the 72.25-metre Bleu De Nîmes is back in business with a new 16-metre extension and up-to-date interior features. Since leaving Genoa earlier this month, the explorer has joined the market as a yacht for sale. 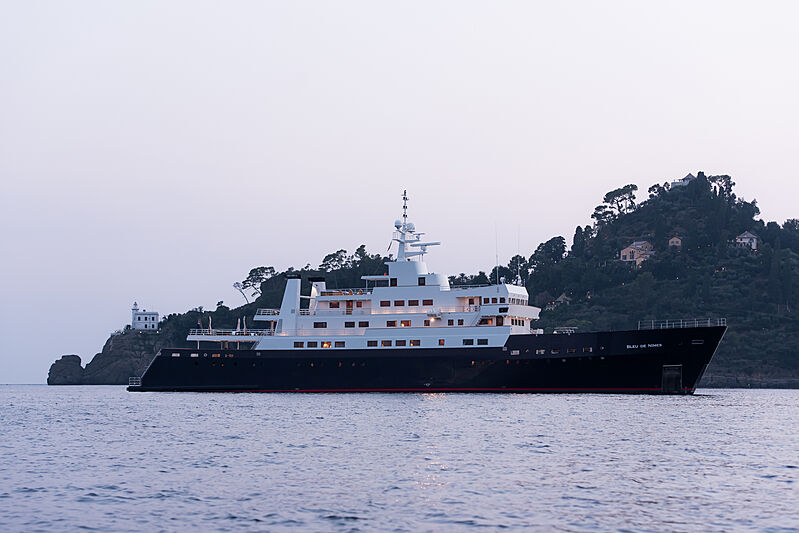 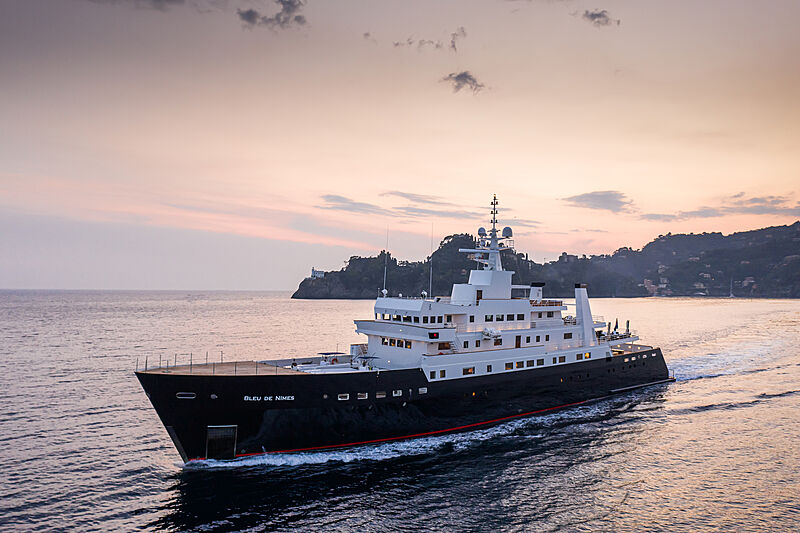 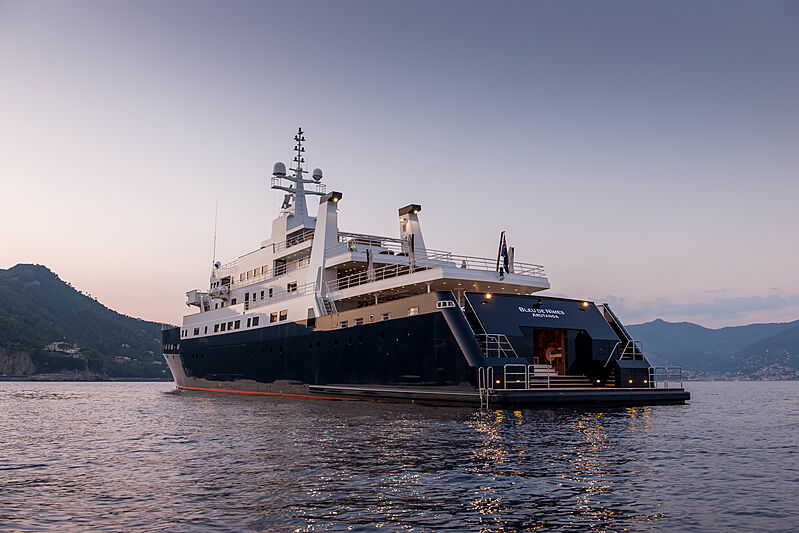 Photo: Tom van Oossanen"Her conversion was so extensive, that Lloyd’s classified her as a new construction," say brokers Edmiston. 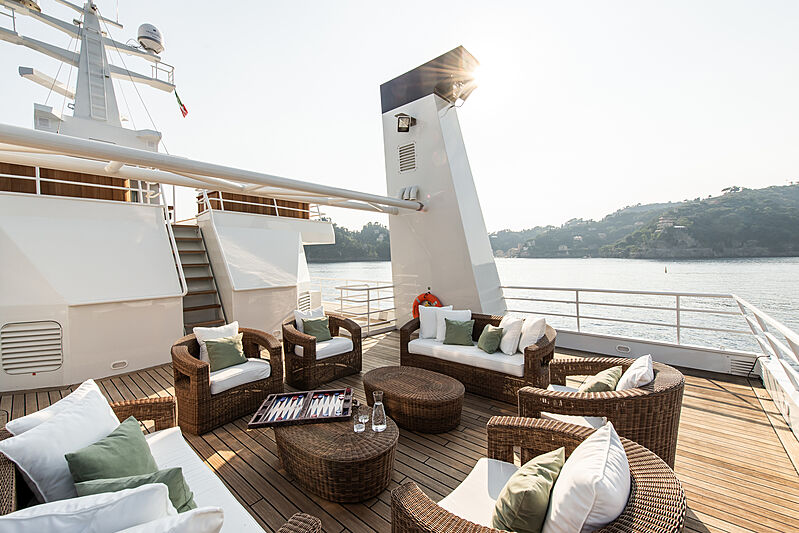 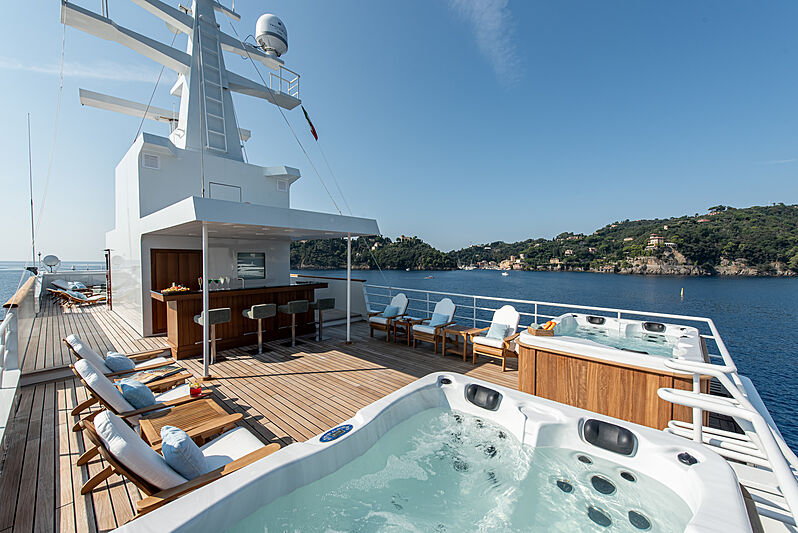 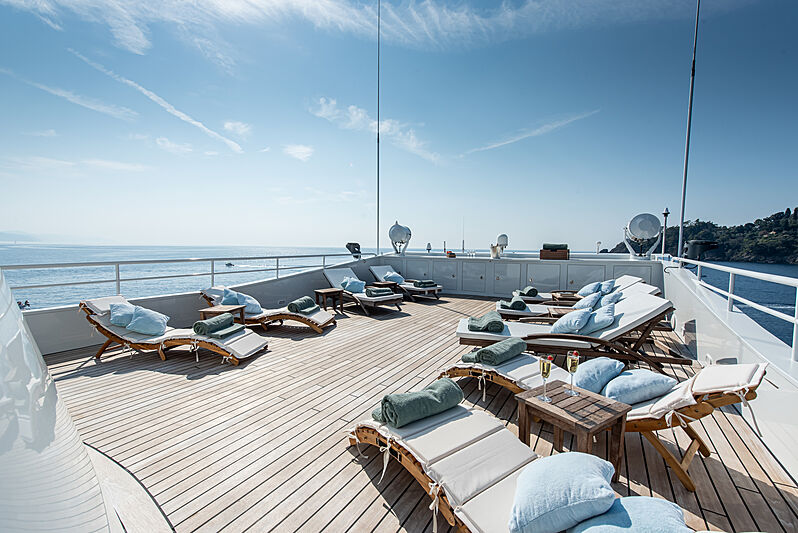 Photo: Tom van OossanenFirst launched in 1980 as a 50-metre degaussing tender at Clelands Shipbuilders, yacht Bleu de Nîmes, for sale, became a private yacht in 1996 and has since continued to travel the world. She features naval architecture by Studio Nattero and an interior design by Pier Vittorio Cerruti. As part of her rebuild project, Pier Vittorio Cerruti was invited back to oversee the interior update, which maintained the yacht's timeless design with an added charter appeal. 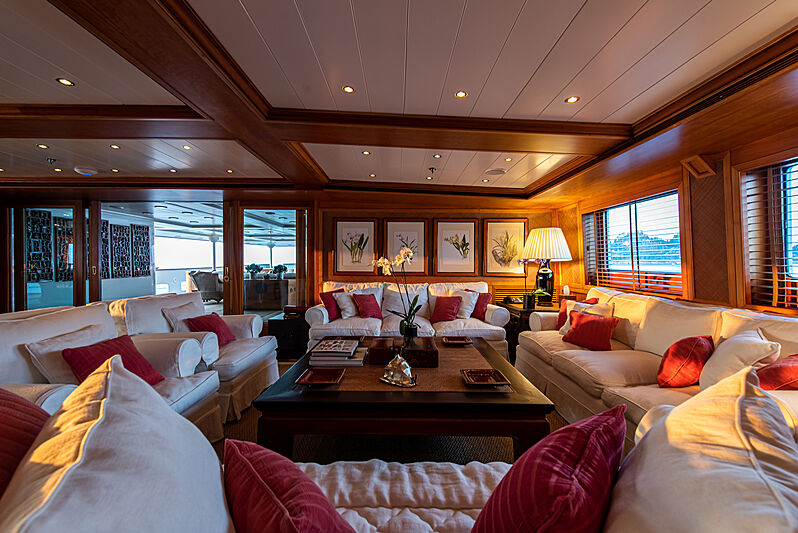 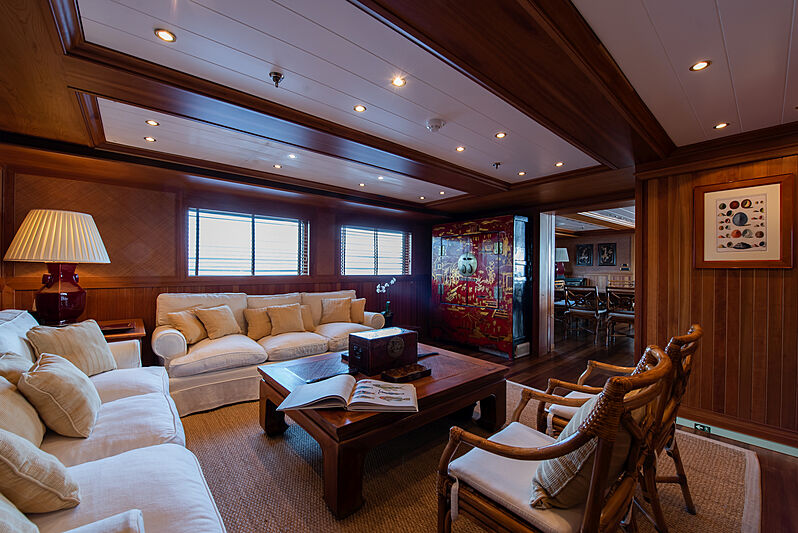 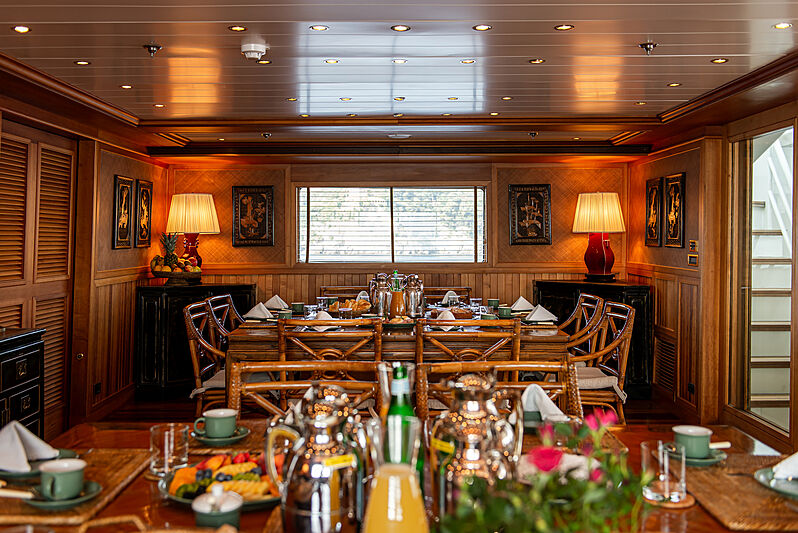 Photo: Tom van OossanenYacht Bleu de Nîmes, for sale as a PYC vessel, can accommodate up to 28 guests across 13 cabins, including a full-beam owner’s suite on the upper deck forward with an emperor-sized bed, his-and-her bathrooms and walk-in wardrobes. The remaining guest accommodation comprises two VIP cabins on the main deck, and six doubles, two triples and two twin suites on the lower deck. There is also room for up to 27 crew and staff on board. 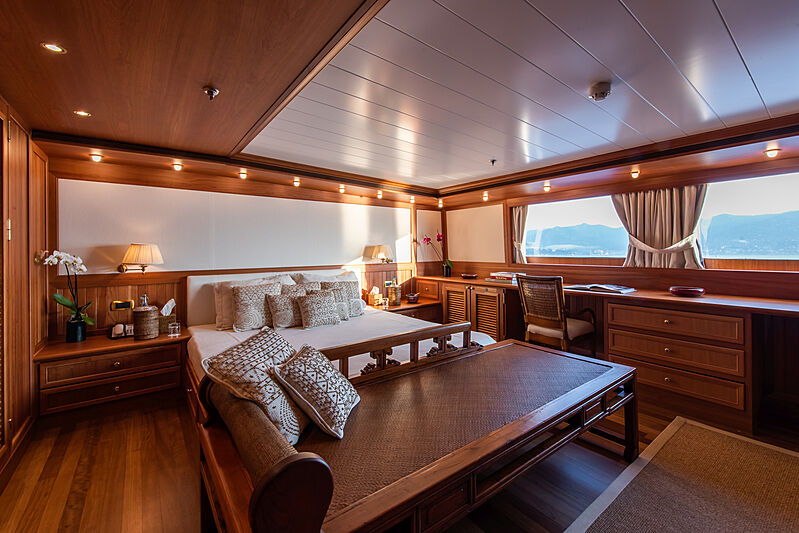 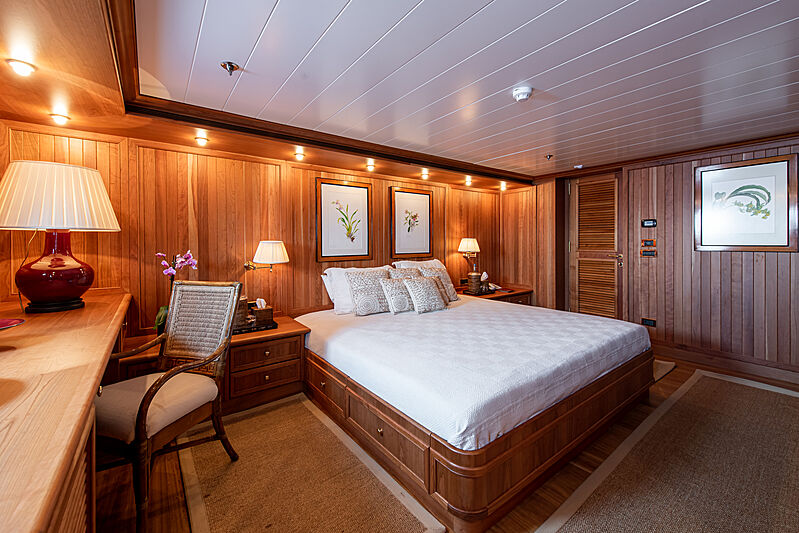 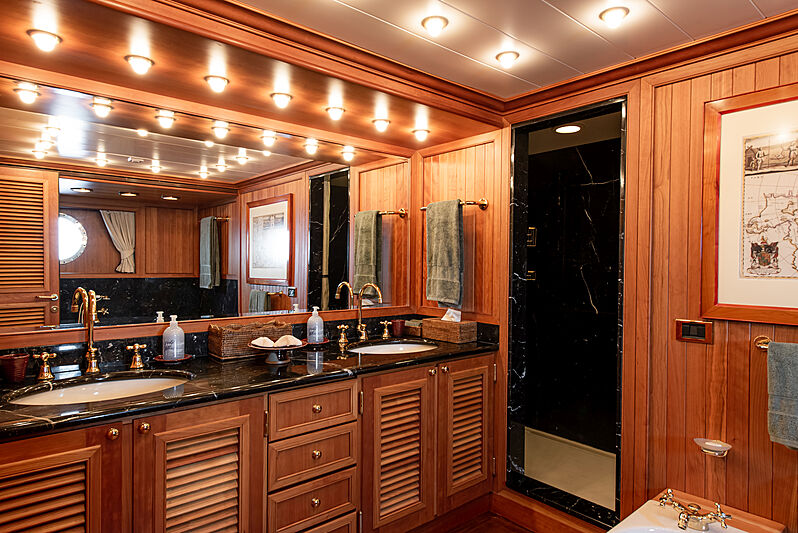 Photo: Tom van OossanenAs one of the most recent explorer yachts for sale, Bleu de Nîmes includes a main-deck cinema room, a sauna, massage room and a gym on the bridge deck, plus a touch-and-go helipad.

Out on the main deck aft, guests can make use of the shaded lounge and dining areas, or move up onto the large sun deck, where two large Jacuzzis sit side-by-side with a bar nearby. 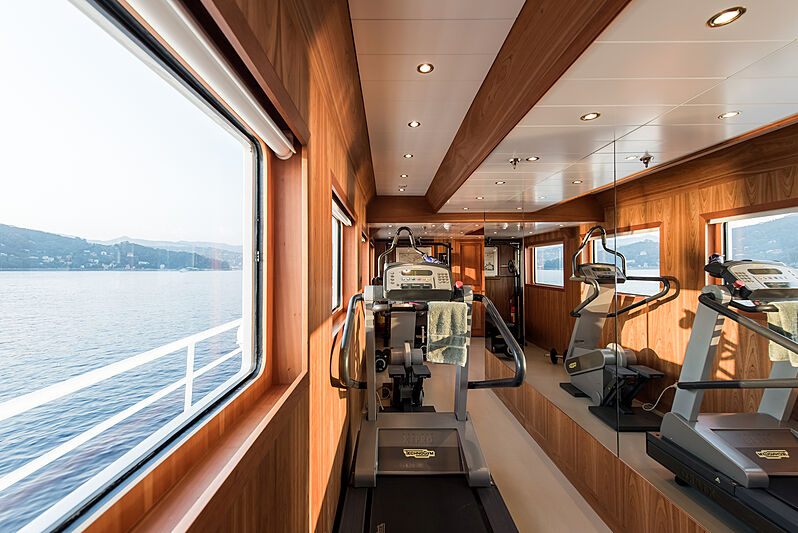 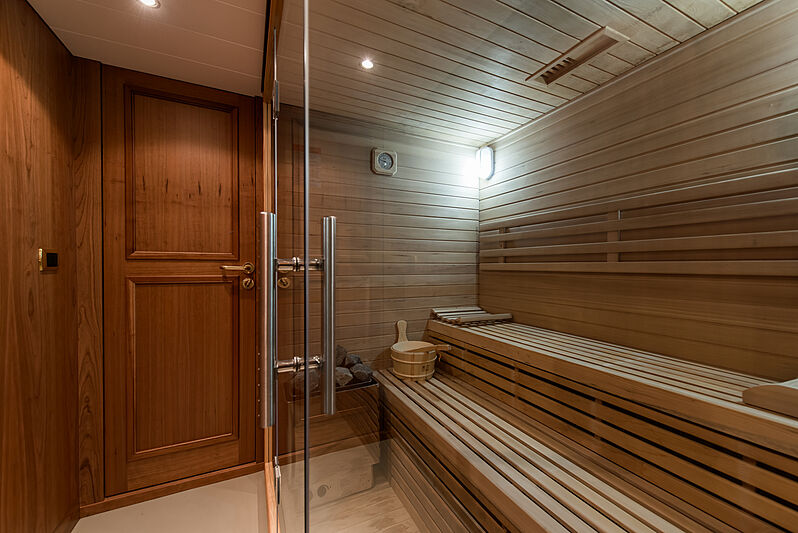 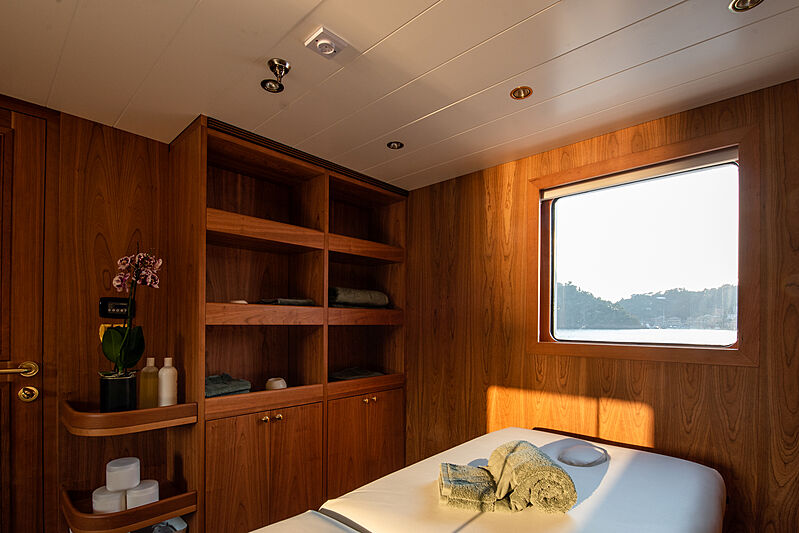 Photo: Tom van OossanenA new garage houses two of the yacht’s tenders which can be also accessed from the fold-down sea terrace on the port side hull. To access the other two tenders, plus the fully-stocked toy store – which includes SeaDoos, canoes, a stand-up paddleboard and diving equipment – guests can move in via the swim platform. Here, there is still enough space for sun loungers for spending quality time beside the water. 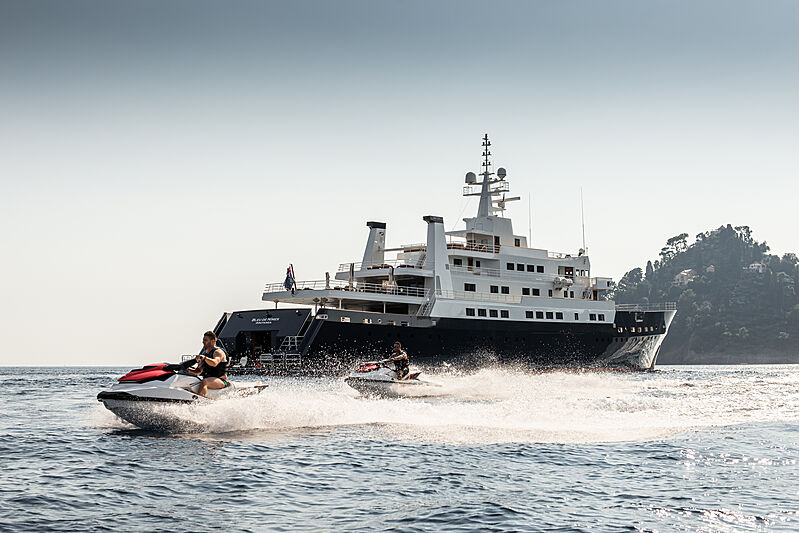 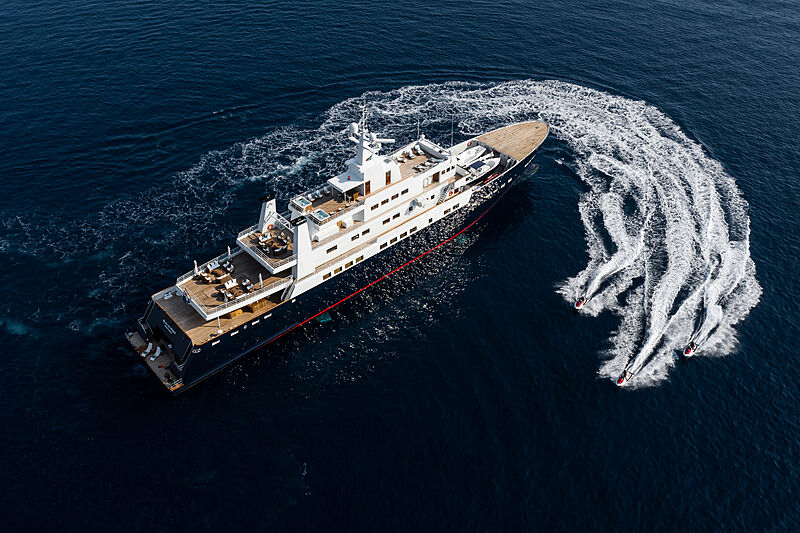 Photo: Tom van OossanenA new forward fin keel not only adds to the yacht’s overall speed and efficiency but has also resulted in a more comfortable ride at sea. Thanks to this new innovation, yacht Bleu de Nîmes, for sale, can reach a range of 20,000nm at 12 knots.