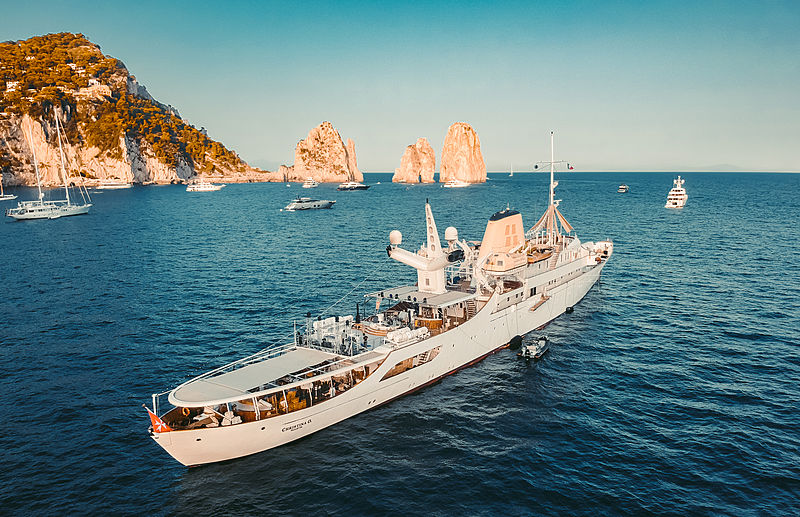 Photo: Henri van RooySpotted anchored off the island of Capri over the weekend is the classic 1943 motor yacht Christina O which is said to have played host to A-list celebrity Heidi Klum’s wedding. The yacht’s history is filled with visits from famous and influential personalities over the years such Eva Péron, Frank Sinatra, Marilyn Monroe and Winston Churchill. Most famously, the yacht played host to several weddings in the past when, off his private island of Skorpios, former owner Aristotle Onassis was wed to Jacqueline Kennedy, the former first lady of the United States and in 1956 when Princess Grace of Monaco and Prince Rainier hosted their wedding reception on board.

Originally built for the Royal Canadian Navy as a River-class anti-submarine frigate, as part of North-Atlantic convoys during the Second World War, Christina O was first launched as the HMCS Stormont in 1943. It wasn’t until illustrious Greek shipping magnate Aristotle Onassis - Ari to his friends - notedly bought the vessel for her scrap value, though, that she took up the mantle of power we associate with her today.