The Yacht Club Costa Smeralda’s September sporting calendar consolidates the entire spectrum of modern-day yachting as sailing superyachts, competitive maxis and honed racing sport boats congregate in Porto Cervo for four events which attest the Club’s decision to concentrate on two distinct areas of development: superyacht events designed to bring the cream of the nautical world to the YCCS and competitive regattas for leading one-design classes. 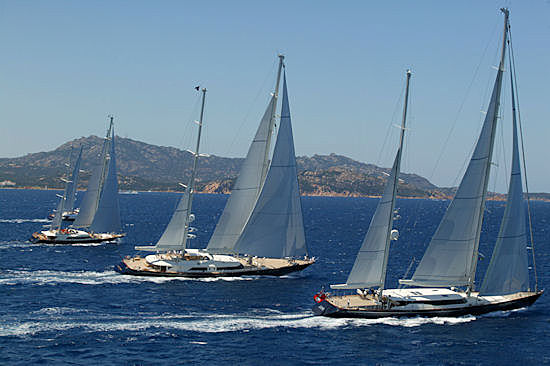 The month kicks off with the Perini Navi Cup from 3rd to 5th September. Organized for the first time by the Yacht Club Costa Smeralda, the third edition of this rendezvous will bring a record fleet of 21 Perini Navi yachts to Porto Cervo for three days of racing through the islands of the La Maddalena archipelago accompanied by a rich social programme for owners and their guests. With 19 of the competing yachts coming in at over 40 metres in length and the inimitable 88 metre Maltese Falcon present to defend her victory in the 2006 edition, spectators will be in for a rare treat.

The 20th edition of the Maxi Yacht Rolex Cup (6th to 12th September) will see Porto Cervo play host to another fleet of sailing giants, this time ranging from technologically advanced racing machines to elegant cruisers. Thirty-eight maxi yachts have enrolled to date and the fleet will be divided into Cruising, Mini Maxi, Racing and Spirit of Tradition categories while competing Wally yachts race in their own division. The Maxi Yacht Rolex Cup is open to sailing yachts over 18 metres and some of the largest participating craft, Albert Buell’s Saudade (MLT) and Hasso Plattner’s Visione (GER), measure over 40 metres in length. Neville Crichton (NZL), who was twice victorious in his division (2003 and 2006) with his second Alfa Romeo, will be competing with the third version of Alfa Romeo, a 21 metre mini-maxi launched in 2008. The mini maxi division is likely to see fierce competition with the STP65s Container (GER) and Luna Rossa (ITA) signed up alongside Niklas Zennstrom’s Judel Vrolijk 72 Ran (GBR). Title sponsor Rolex will provide the traditional array of exclusive social events for owners and crews once back ashore. 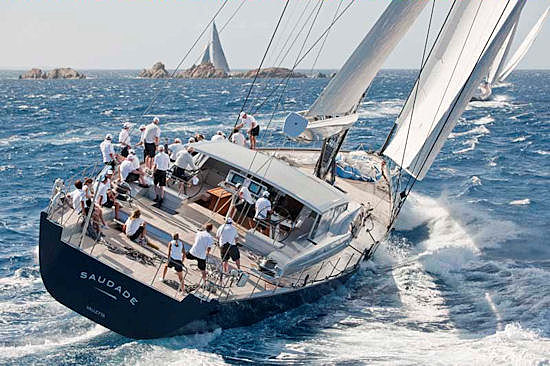 As the maxi yachts depart from the docks of Porto Cervo Marina they will promptly be replaced by a fleet of one-design racing boats which represent the opposite end of the competitive sailing spectrum. The Audi Melges 20 Sailing Series, the fifth and final leg of the class’ European racing circuit, will take place from 18th to 20th September. The Reichel-Pugh designed Melges 20 was launched in 2008 and is designed to be crewed by two to four people. Like other boats in the Melges sailboat family, the 20 footer combines clean, simple lines with top-level engineering and performance. A strong favourite for the event will be Benedetto Giallongo’s Value Team which currently holds a clear lead in the overall classification for the series.

The Yacht Club Costa Smeralda’s 2009 Porto Cervo sailing season will conclude in grand style with the first ever World Championship for the Melges 32 class. The Audi Melges 32 World Championship is scheduled from 21st to 27th September and approximately 30 teams are expected to participate. Twenty-five Melges 32s have recently completed the final leg of the Audi Melges 32 Sailing Series which saw Carlo Alberini’s Calvi Network (ITA) take overall victory. Other Italian teams to watch will include Lorenzo Santini’s Uka Uka Racing and Vincenzo Onorato’s Mascalzone Latino. Among the international competitors Pieter Taselaar’s Bliksem (USA) proved to have a strong team when they won the third leg of the series in Scarlino, Italy.

“As is traditional, September will be a very busy month for us,” said YCCS Sports Director Edoardo Recchi. “It is a pleasure for us to be able to organize all of these events which bring us the most beautiful and most diverse fleets of boats: from the 88 metre Maltese Falcon to the 6 metre Melges 20.”