Yacht Club Costa Smeralda (YCCS) presented its 2008 regatta calendar to press and guests gathered today in Milan’s Leonardo da Vinci Museum of Science and Technology. Following last year’s 40th anniversary celebrations, 2008 marks the beginning of a new phase in the Club’s development in which expansion and internationalization are high on the agenda in addition to a continued commitment to organizing world-class yachting events. 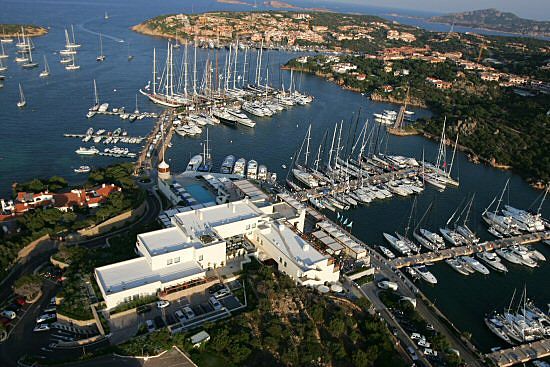 Making his first official appearance as the new Commodore of YCCS was Riccardo Bonadeo who takes over the helm from Past Commodore Gianfranco Alberini. Bonadeo has been a member of the club for over 30 years and is well known in the world of sailing for his Presidency of the first Italian challenge for the America’s Cup with Azzurra in 1983. “The Yacht Club Costa Smeralda has always strived to uphold traditional sporting values while at the same time seeking innovative new challenges,” said Bonadeo. “I am delighted to be able to take the helm of such an impressive association and particularly at such an exciting time in which we are focusing on potential growth areas, in both sporting and geographical terms. Our President, H.H. the Aga Khan, has expressed his desire to see the YCCS operate from a series of international bases and offer a wider range of services to regatta participants and members alike. These objectives are now foremost in the Club’s future development strategy.”

Also present at the conference were members of a rejuvenated YCCS management team: Sporting Director Edoardo Recchi, Secretary General Jan Pachner and Vice President of the Board of Directors Roberto Kerkoc.

YCCS has strengthened its collaborative relationship with Audi, the German car manufacturer, which becomes the “Official Automotive Partner” of the club. It joins longstanding partner Rolex S.A., which is the club’s “Official Timekeeper” and title sponsor of three internationally famous events hosted at YCCS. Audi will be title sponsor of three additional events and will be present in Porto Cervo for the entire season in support of the YCCS social calendar.

To open the 2008 season, Audi Vela & Golf (May 16-18) will see teams of four combining points accumulated on the greens and on-the-water to determine the winner of the event. Then, Porto Cervo will welcome a wide spectrum of fleets that have chosen YCCS to conduct some of the most important racing events of the year. With participation of over 100 boats, the Volvo Melges 24 World Championship (May 28 to June 6) will have two days of pre-worlds racing and six days of competition for the championship title. Next up are the Audi Farr 40 Cup (June 12-14), the second leg of the class’ European circuit, and the Sardinia Rolex Cup (June 15-21), which is also valid as the ISAF Offshore Team World Championship.

Just two weeks later, some of the largest sailing yachts in the world will grace the docks of Porto Cervo Marina for the first-ever Boat International Superyacht Regatta (June 22-26) which is open to yachts of 24 metres and above. The Audi Coppa Europa Smeralda 888 (June 27-29) will see teams of four -- representing yacht clubs in Europe and North America including the Yacht Club de Monaco and the New York Yacht Club which are both twinned with the YCCS -- fleet race aboard the sloop-rigged Smeralda 888s designed specially for YCCS by German Frers.

After Porto Cervo plays host to the international jet set during July and August, the big racing guns return for the Maxi Yacht Rolex Cup (September 1-6). In recent years this event has seen record participation numbers as it attracts some of the most majestic yachts in the world for a contest that passes through the craggy granite outcrops of the La Maddalena archipelago. But no sooner do the maxis depart than a fleet of Nautor’s Swans will assemble for the biennial Rolex Swan Cup (September 14-18), which this year will include the Swan 45 Gold Cup, the world championship of this competitive one-design class.

Finally, competitors in the Transatlantic Maxi Yacht Cup will set sail from Tenerife in the Canary Islands (November 24) bound for St. Maarten in the Caribbean, drawing to a close the 2008 season while also highlighting the club’s intention to bring the spirit and values of YCCS to international destinations.

The YCCS Scuola della Vela sailing school celebrates its 30th year of activity in 2008 and continues its collaboration with the Luna Rossa sailing school initiative which aims to bring the sport of sailing to an ever wider audience.