Dutch design studio Vripack has showcased its latest superyacht design: the 66-metre superyacht concept Futura. A fully fossil-fuel-free concept with sustainability at its core, the inspiration behind its design stems from nature, aiming to mimic wildlife's innate ability to freely propel through the air and water using as little energy as possible. 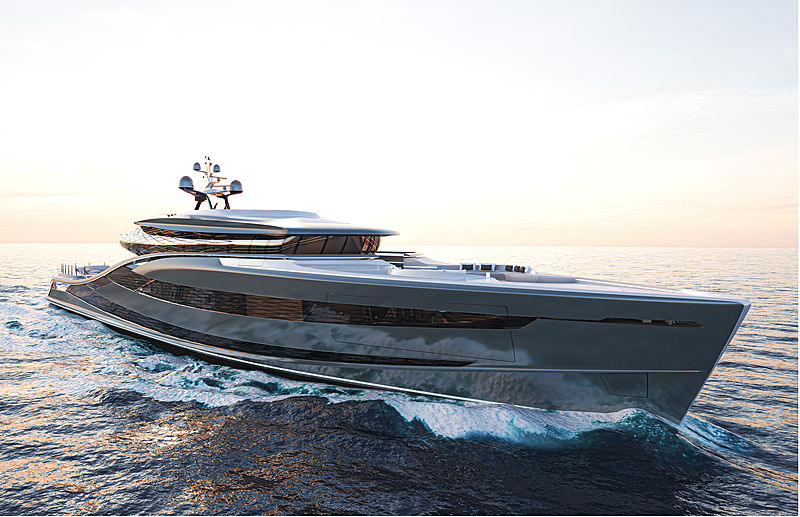 Photo: VripackAt a third of the height of a comparable 66-metre superyacht, Futura is both slender and efficient, with her flowing, curvaceous lines drawing from a variety of shapes found in nature. Viewed from above, the cocoon-like superstructure reveals a streamlined bow and a rounded middle, resembling the silhouette of a whale. Constructed from glass, the superstructure is also exceptionally lightweight and uses rhombus-shaped framing, resulting in a cross-hatched diamond effect reminiscent of fish scales. 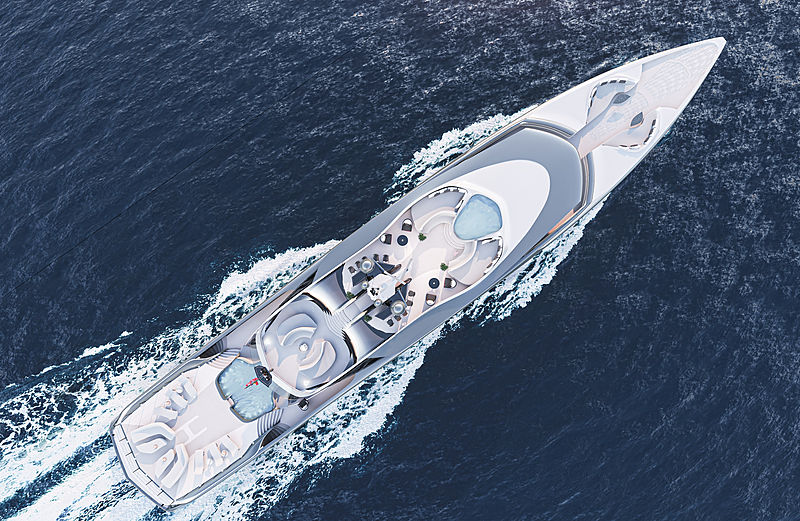 Photo: VripackAs Vripack's co-creative director, Marnix Hoekstra comments, "The superstructure, with its egg shape sliced onto a beautiful slender hull, is a concept that has been maturing in our minds for over a decade. Used with a biometric way of structuring, the result is lighter than traditional shipbuilding methods and something that is aesthetically beautiful, too.” 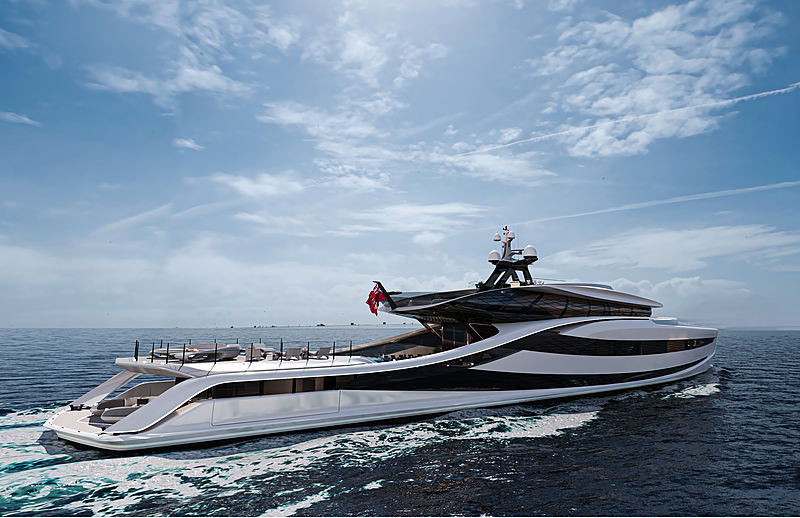 Photo: VripackFurthermore, the head-turning superstructure also serves to create a strong sense of connectedness for her 14 onboard guests. As co-creative director Bart Bouwhuis explains: “The statement piece is a big crystal palace of glass, which is set neatly on top of the hull so you can see everything on the boat. In practice, this means that everybody on Futura can be doing their own thing, but you’ve still got this consciousness of where your family and friends are." 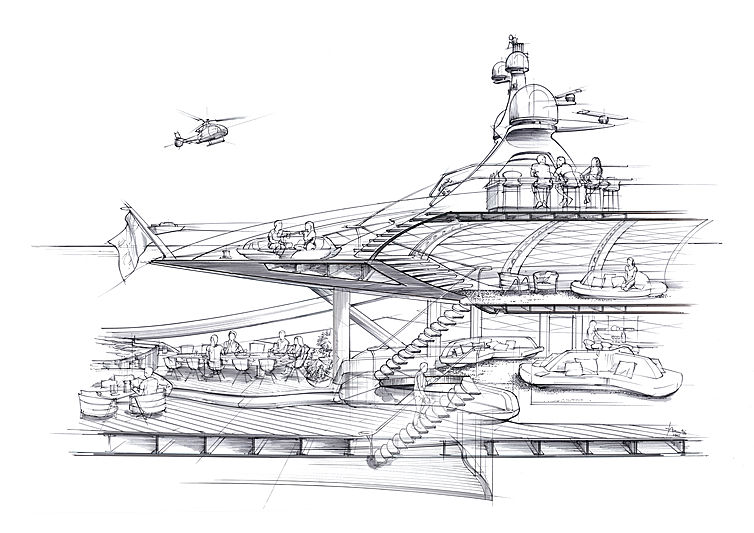 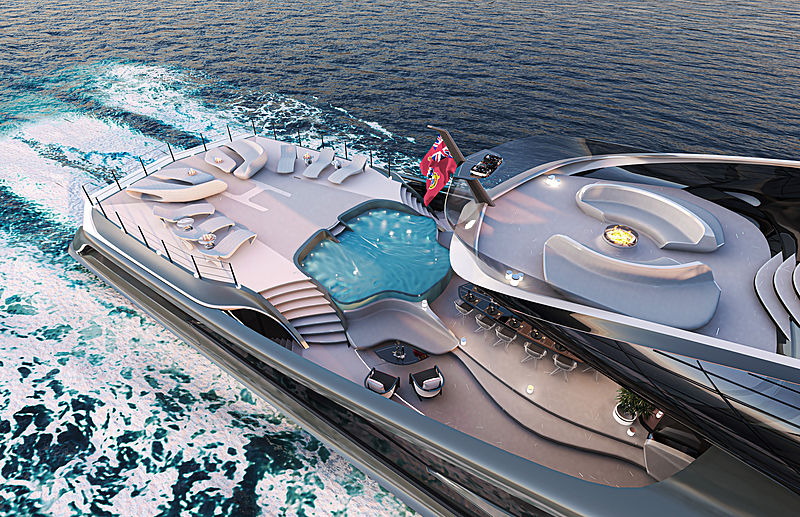 Photo: VripackOrganic shapes continue throughout Futura's interiors. Moving away from a traditional deck setup, she is a 'split and merge' concept with a loft-style split mezzanine configuration which intertwines and interconnects outside and in, upstairs and downstairs, through the use of diagonal sidelines. In addition, Vripack's characteristic 'shadow versus light' aspect of its interior design is reflected in the generous amounts of glass used throughout the new design. 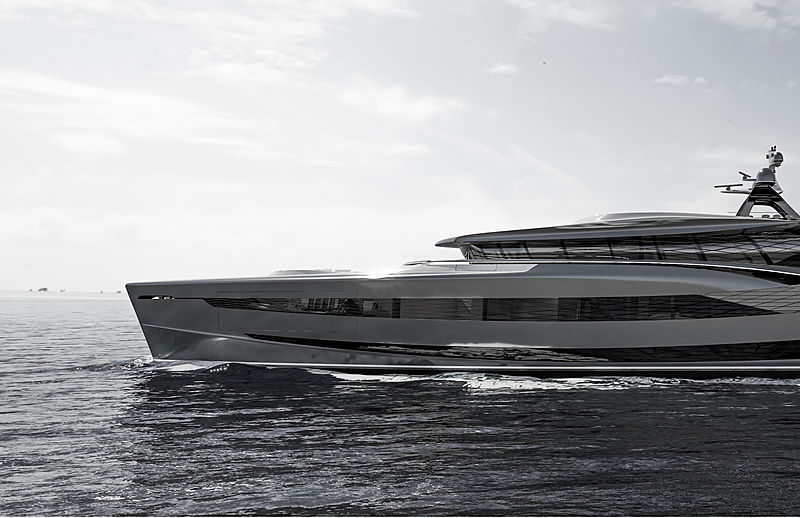 Photo: VripackNotably too, as Hoekstra explains, the process of designing the concept in virtual reality came with its own distinct advantages, enabling Vripack to "combine an interior that is without compromise for the owner blended with an exterior that focuses on sustainability.” 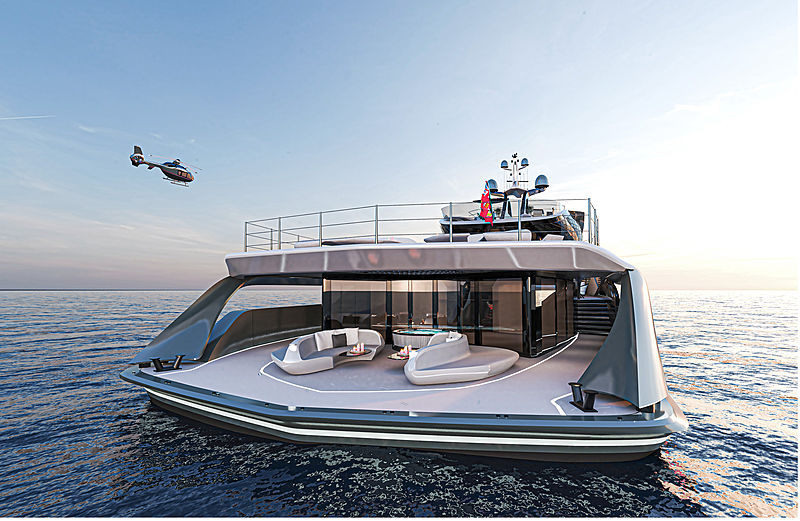 Photo: VripackIndeed, the presence of modular furniture also allows each space on board to be adapted to each owner's particular requirements. Naturally, all this flexibility is not to say there aren't standout features on board, however, including a 20-person dining table perfect for anytime entertaining, a DJ booth set up in the upper deck observation area, a helipad, a large swimming pool and whirlpool located forward - and the list goes on.

Photo: VripackAble to reach a maximum speed of 16 knots and cruising through the waters at a respectable 12 knots, Futura is set up with the latest in electric/diesel hybrid superyacht technology. Capable of holding 100,000 litres of fuel, she can run solely on ‘blue diesel’ if desired (a type of Finnish biofuel made from waste food currently in use throughout the trucking industry) and also possesses bio-based batteries constructed from natural materials such as salt, sand, water and plants. The battery bank is charged by an enormous kite on an electric winch which can be released at the touch of a button and is also fully biodegradable. 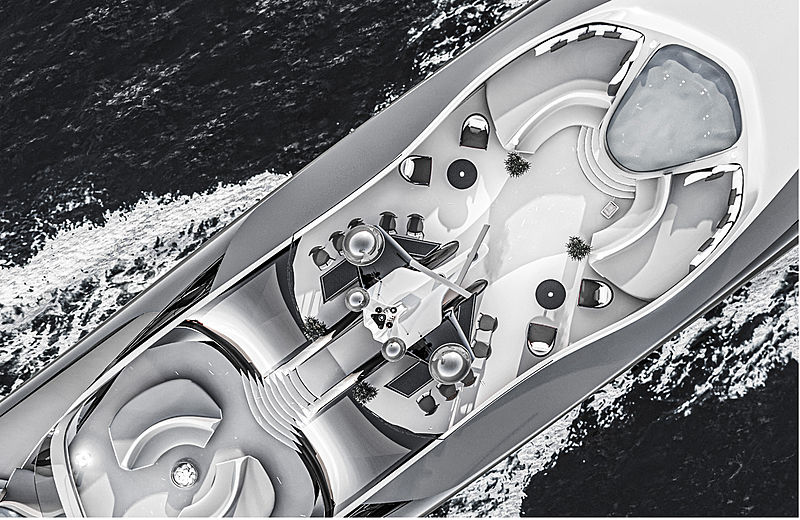 Photo: VripackAs for what Vripack sees Futura representing for the future of superyacht design, Bouwhuis puts it best. “What Futura offers owners is choice,” says Bouwhuis. “By approaching sustainability as a design challenge, we’re not waiting for owners to request this technology, we’re presenting them with a concept based on sustainable solutions that currently exist. The answers are out there, the supply is out there, owners just need to want it.”

The N148 Explorer yacht concept by Nordhavn and Vripack