Another new superyacht hit the water over the weekend - this time at the CRN shipyard in Italy. The 79-metre yacht CRN 135 was launched during a private ceremony, where over a thousand people saw the fully custom steel and aluminium yacht on the water for the first time. 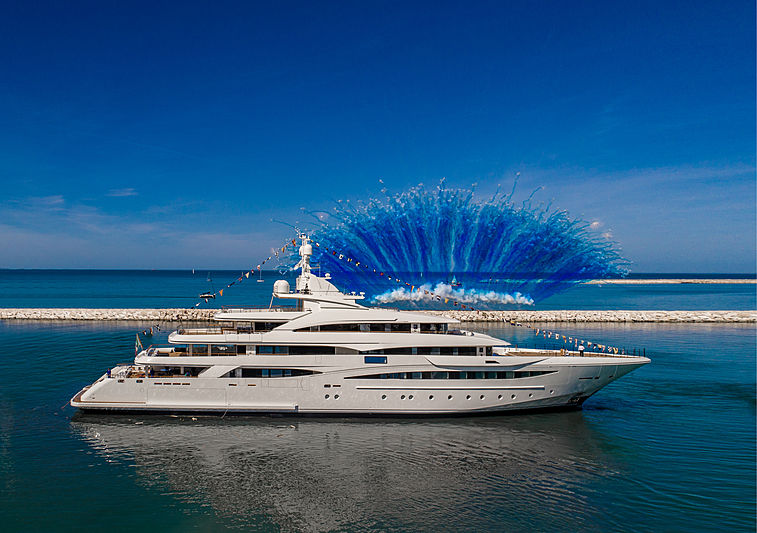 The CRN 135 is the result of another successful collaboration between CRN and Zuccon International Project who took care of the external lines, and Laura Sessa who designed the interiors. The five decks structure can house up to 12 guests in five staterooms in addition to the owner’s suite and up to 39 crew.

Photo: Mega Yacht Solutions“Giò Ponti used to say that the interior décor of a ship spoke volumes about the standards of the civilisation that offered its hospitality on that ship”, said Alberto Galassi, Chairman and CEO of CRN and CEO of  Ferretti Group, who saw nearly 200 professionals contribute to the project.

“Turning to the new 79-metre yacht by CRN, I would say that both the exterior and the interiors – and in general the impeccable design of the whole ship – are a glowing testament to the supreme skill and construction excellence that are the hallmark of our historic yard in Ancona. M/Y 135 is a wandering work of nautical art that will be a worldwide flagship for the dazzling mastery that only Italy at its best can create.” 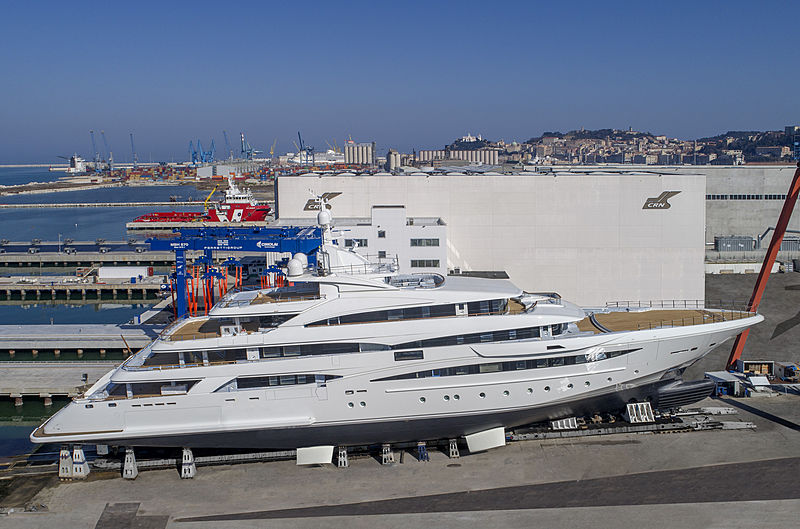 Photo: CRNCRN is currently building four additional projects ranging from 60 to 70 metres in length including the recently-announced 60-metre CRN 141 set to be completed in 2022.