IYC has announced the recent sale of the 27.4-metre Maiora yacht Cudu (ex: IFA Cannes) with Costas Dimopoulos from IYC representing the buyer and Marine Marketing acting on behalf of the seller. The 2007-built Cudu sports exterior designs by the Italian Roberto Del Re with a GRP hull and superstructure, a 6.3-metre beam and a draught of 2.1-metres. 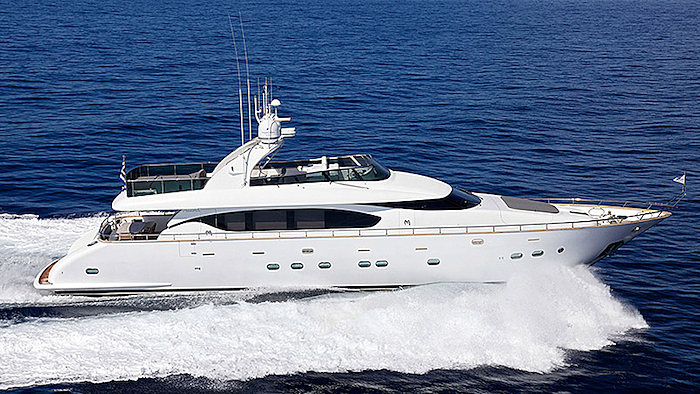 Photo: IYCAcross her 147 GT volume, Cudu sleeps up to eight guests in a master cabin, a double cabin and two twin cabins and features a two-deck exterior layout with a flybridge. A crew of up to four can cater to the needs of her guests. Powered by twin diesel Caterpillar C32 engines with 1825hp each, she cruises at 20 knots and can reach a top speed of 25 knots. At the time of sale, Cudu had a final asking price of €1,650,000.