In a fleet of over 5,000 superyachts, the numbers of yachts that are instantly recognisable are small. Traditional and practical designs reign supreme, but occasionally a yacht will come along that breaks all the boundaries. Take the Maltese Falcon, Yas, S/Y A, M/Y A, Ocean Pearl, Black Pearl, Venus, Nero and Adastra - to name but a few. Love them or hate them, there is no doubt that they play an important role in demonstrating the capabilities of design innovation and, in their own way, have an effect on the overall evolution of superyacht design processes. Whether by directly influencing other designs, pushing design constraints to their limits and forcing innovation or simply sparking the imagination, these designs should be celebrated. 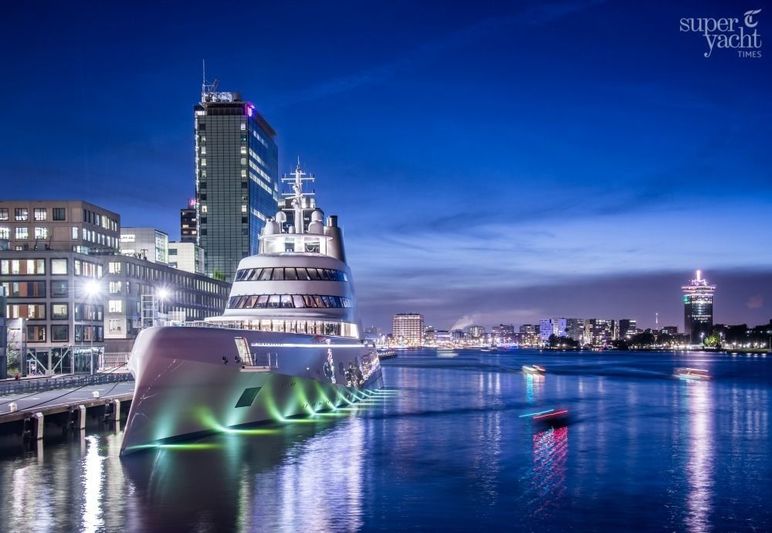 But how possible is it for innovation in superyacht designs to take place? Superyacht design is constantly evolving; with imagination and a willing owner, almost anything is possible within operational and safety constraints. That said, the creation of an innovative build will almost always come down to the owner, how much freedom they give the designer, and their willingness to do things differently. “Good projects come from good and demanding clients, and in the case of ECO, [her owner] Emilio Azcárraga was both,” says designer Martin Francis. With many owners aware that to build something ‘out there’ is a risky process, often impacting resale potential and inviting perhaps controversial opinions, playing it safe is often the more appealing route. “Very few owners are looking for innovation, I assume because of the risks that are inevitably involved,” says Francis.

While building an iconic yacht is not for everyone, these yachts undoubtedly have had an important influence on superyacht design as a whole, with many people growing to love yachts they might initially have considered controversial. “This has been the case with Skat… People who didn’t like her at the time like her today, over time they’ve grown more comfortable with the design and they now like it,” says Espen Oeino. “What was initially considered an ugly duckling yacht has now become iconic, so perhaps iconic yachts do inspire others.”

We take a look some of the most iconic and controversial superyacht designs and some of the thought processes behind their design.

Designed by Philippe Starck, M/Y A and S/Y A turn heads wherever they go and divide opinions with their distinctive looks and futuristic designs. Both very different, albeit cut from the same cloth, M/Y A and S/Y A are bold statement yachts born from their owner’s desire to push the boundary of yacht design and create something unique.

Starck was given total creative free rein when designing M/Y A after owner Andrey Melnichenko changed his mind on a commission from another designer. When Starck presented his designs, Melnichenko quickly agreed to them and the rest is history. 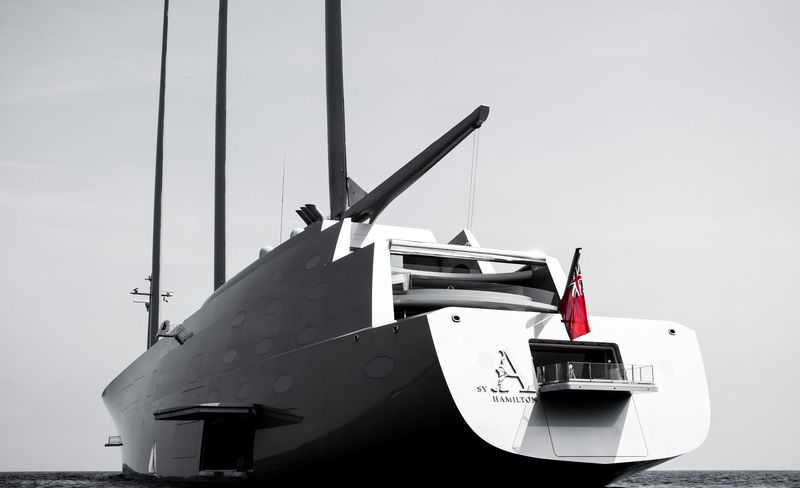 M/Y A features submarine-inspired styling and a smooth upside down hull form that leaves almost no wake even when powering at 25 knots. A favourite feature of Starck’s on board M/Y A is the cavern-like tender garage, that feels akin to a ballroom when you step into its huge spaces. With openings on three sides, this space ensures true on water living.

On her launch, S/Y A demonstrated similar creative styling to her motor yacht sister. This radical yacht is the biggest sail-assisted motor yacht in the world and her sheer scale is colossal with masts towering over 100 metres high. A shard like sloping design, all exterior surfaces are completely flush. Seen under sail for the first time in 2017 she is a yacht like no other and has no less than eight decks!

Designed by Lord Norman Foster and the team at Foster + Partners, Ocean Pearl’s design features an arched superstructure that creates a look that is a departure from traditional design. “For its unique appearance, we drew inspiration from many sources, including nature and the sleek movement of sharks and dolphins through the water – the superstructure is brought forward and the prow of the yacht is raised to evoke a similar effect,” says Angus Campbell, Senior Partner at Foster + Partners. “This is complemented by a smooth shape, which wraps the accommodation under a single skin.” 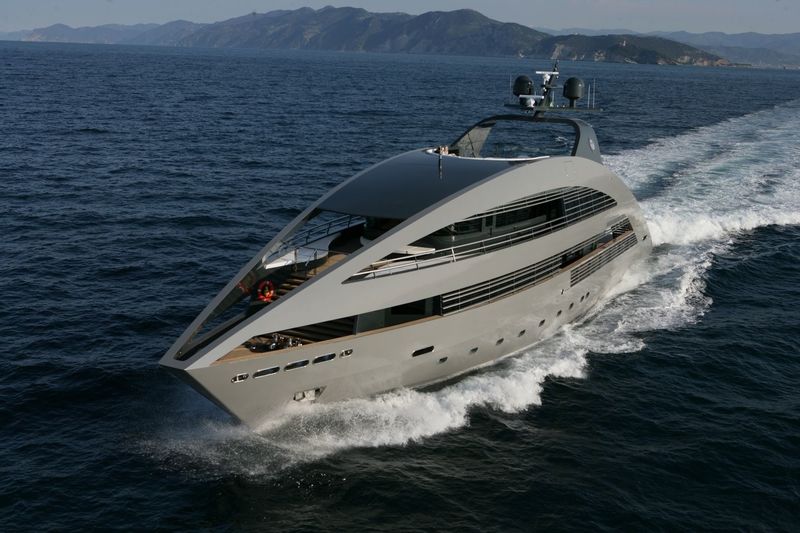 The team took the concept of a traditional yacht layout and reinvented it, placing the owner's’ cabin at the bow of the boat, under the captain’s cabin with a ‘his and hers’ balcony on either side, which allowed the owners to have an unprecedented forward view from within their cabin. “We wanted to create a yacht on which 12 people can comfortably spend 10 days together at sea and Ocean Pearl has seven different external decks in a variety of scales, spaces where all guests can congregate, as well as more intimate, personal terraces,” says Campbell. “These are vital differences, so it is perhaps natural that this boat will also look strikingly different. Ironically, given she was designed to be different, Ocean Pearl is one of two identical sister ships.

On her launch, ECO (now named Zeus) represented a leap in superyacht design innovation with her striking aggressive lines, powerful performance and radically curved windows. Long, sleek and incredibly fast, she is widely hailed as a masterpiece of design. Despite this, “ECO was not recognised as ‘iconic’ for at least 15 years,” says her naval architect and designer, Martin Francis. The development of ECO’s design was a long process, and she almost wasn’t built with her owner nearly buying a secondhand build instead. “He [the owner] had faith in me as a designer but it took two and a half years before we came up with the final solution… there was no magic, just hard work.” 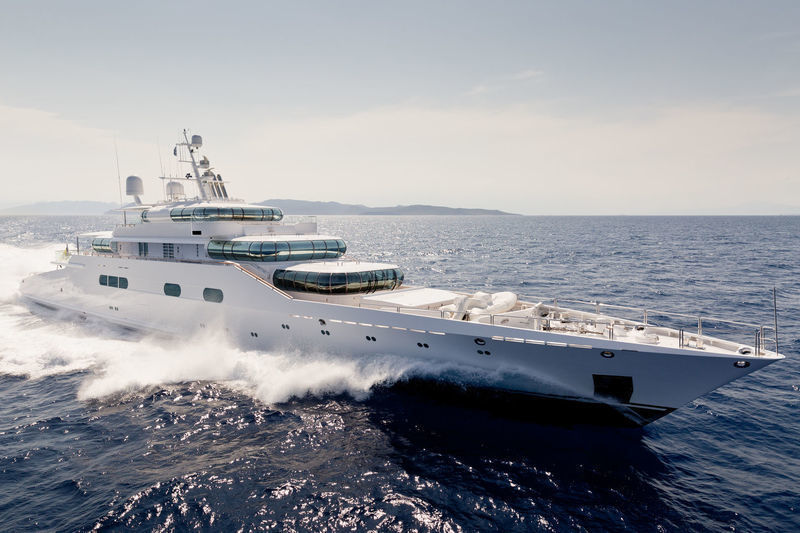 Eco’s huge curved windows, reminiscent of French buses, were a true style statement, and help give the yacht her distinctive look, with Francis describing their development process as “a work of art.” Other controversies around her design include the positioning of the bridge on the main deck, with the owner wanting the views from the space typically occupied by the bridge for himself. Today ECO is as iconic as when she was launched with her speed credentials still as impressive as they were a quarter of a century ago.

15 years ago when Skat launched, she intentionally broke away from the norm. “I had a very specific brief from the owner, who couldn’t relate to traditional yachts, who was looking for an honest design that respected the materials it used,” says Espen Oeino, her designer.  “The challenge the owner gave me was to use the building materials in their existing format and I remember walking away from that first meeting and thinking ‘this is going to be difficult.’” As it turned out, the owner instantly liked Oeino’s first concepts and the yacht we see today is almost identical to those first sketches. 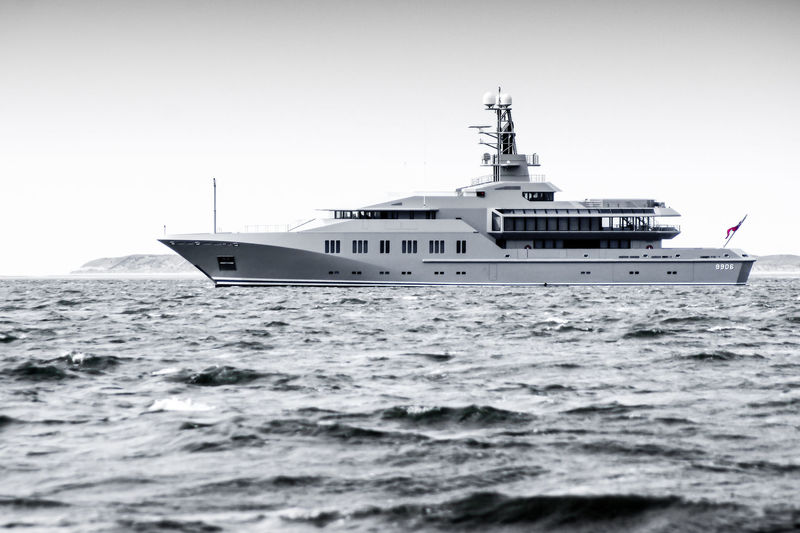 With her flat plates and profiles, grey colouring and slightly menacing appearance, “when Skat first launched there were a lot of people who were uncomfortable with the way she looked, they were generally never indifferent,” says Oeino. “People either loved or hated her and that’s fine. As a designer that is preferable to indifference!”

Skat has undoubtedly had an impact on superyacht design as a whole, with her influences seen on many designs since her launch. “She was one of the very first superyachts to embrace stealth-style design and a linear design language, but today that style of the yacht is quite commonplace, so yes, perhaps she has been an inspiration to others,” says Oeino.

In Pictures: Sailing Yacht A in Monaco

In Pictures: Motor and Sailing Yachts A side by side outside Monaco