Windows below the waterline, hybrid power and customisable hull colours are just some of the standout features in the yacht design concepts we've been sent recently. Read on to see a selection of the latest concepts presented to the industry during November 2020. Photo: Lazzarini Design StudioThis shark-shaped concept formed the next in the series of nature-inspired superyacht concepts from design studio Lazzarini. The design was given two expandable side fins to provide all 44 of the yacht's guests access to 7-metre on-the-sea terraces. Prodigium also comes with its own "port" to the aft, with the capacity to accommodate yachts up to 30 metres in length, plus space for up to eight tenders and three helicopters. 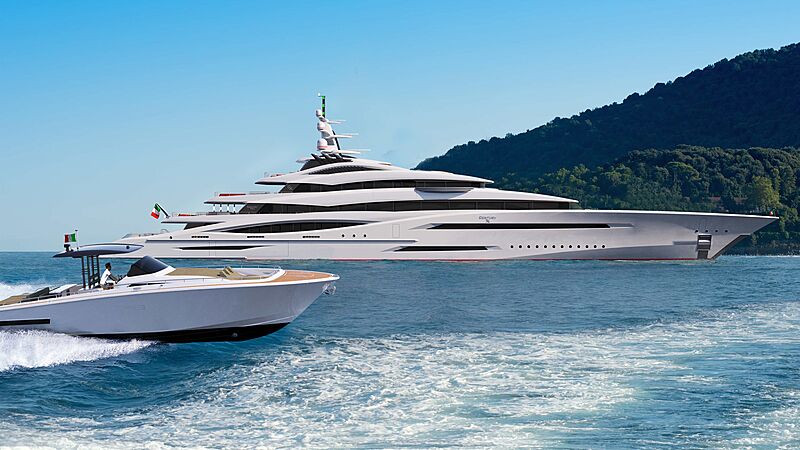 Photo: Ocean IndependenceWith the possibility to be built by Fincantieri Yachts by 2024, the 110-metre superyacht concept Project Century X is thanks to exterior designers, Christopher Seymour and Carl Esch and interior designers Theodoros Fotiadis. Her special features include four freshwater pools, a beach club, tender docking stations, a garage, an elevator and helideck. She also comes with the option for an exclusive owners' deck in addition to seven staterooms for up to 14 overnight guests. 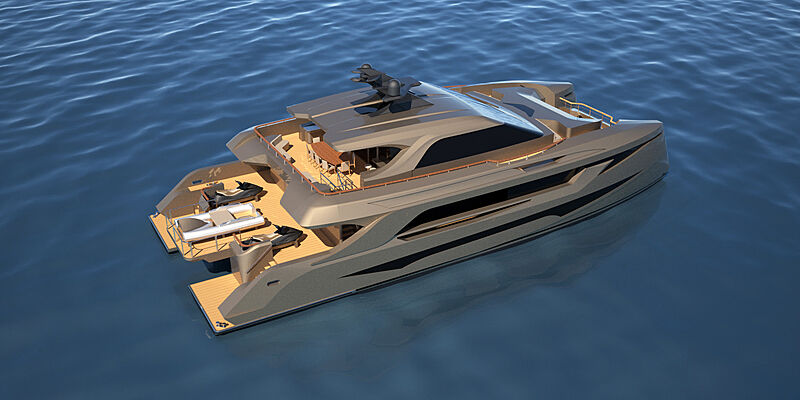 Released during FLIBS 2020, the latest concept from Echo Yachts is the fully customisable 31-metre catamaran SP30. The Australian yard worked together with Misha Merzliakov Yacht Design (MMYD) to create the concept, which features an automotive-style and a reverse bow. SP30’s wide aft deck allows for a range of toys including a pair of Jet Skis, a 6-metre-plus tender and a swim platform.

Inside, there is the option for five staterooms below deck, including a large master suite forward on the main deck, for up to 12 guests. Built in aluminium and under 500 GT, the new catamaran concept can reach a top speed of 20 knots. Read more about the concept here. 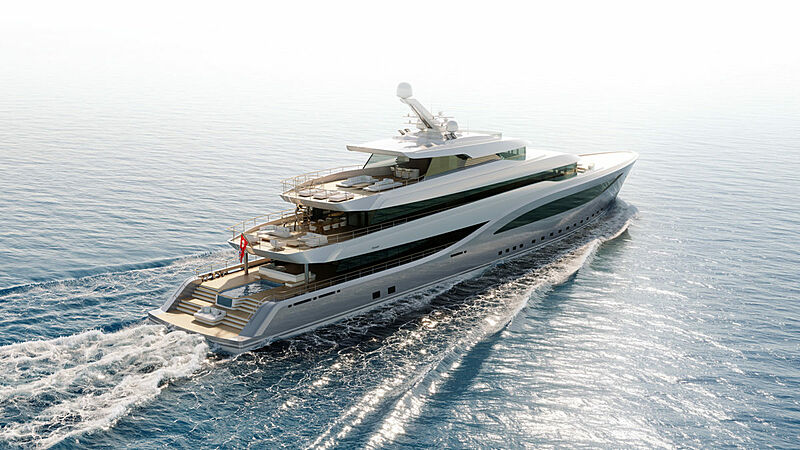 For those who don’t want to be involved in the complex technical and engineering, but rather enjoy creating a Feadship exterior and interior, Freedom is the latest versatile design in the yard’s string of new design concepts. The owner will have the option to choose the hull lines, interior style and even the colour palette for the hull and superstructure. 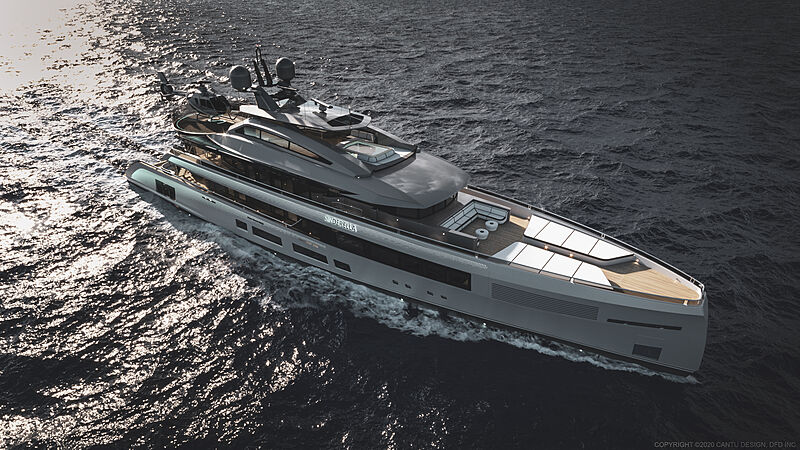 The sub-500 GT fast-displacement Sinderella concept aims to bridge the gap between American and European design. The new design from Cantu Design is offered with an option for a hybrid propulsion package for two hours of electric power and zero emissions.

Other notable features include a ‘Solemare’ room for unique views below the waterline and a sundeck with a touch-and-go helipad, Jacuzzi and a glass overhang that doubles as an adaptable awning for the decks below. The exterior is decorated with reflective glass that helps to create the dynamic pattern across the yacht. See more detailed renders from Cantu Design here. 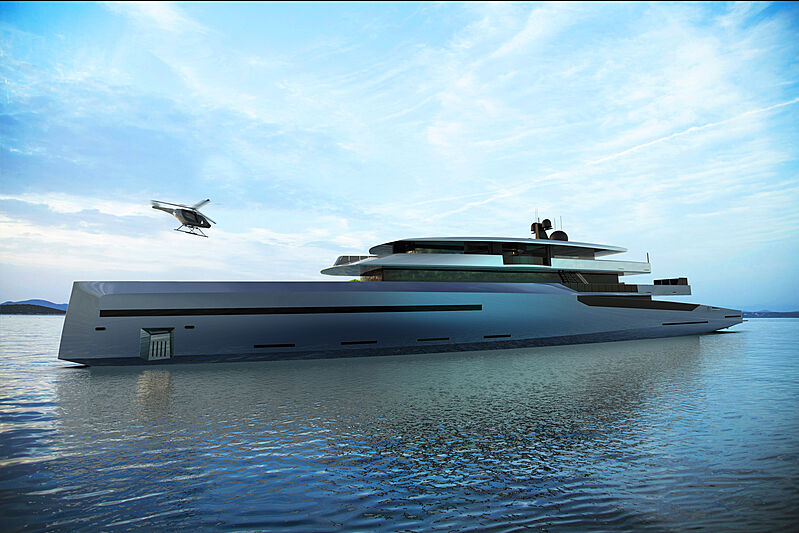 Inspired by sailing yachts, the Bravo 75 superyacht concept is powered by a triple hybrid solution with diesel, hydrogen and electric engines plus azipods. The eco-friendly yacht features a maximised waterline and almost vertical bow with a flybridge which can be either open or closed.

Designers Tià Simó and Louis Quin also included a tender garage, large windows throughout the yacht and six staterooms comprising a master, a VIP cabin, three doubles and a twin cabin 12 guests. Most of the cabins are located on the lower deck along with enough space for up to 21 crew. 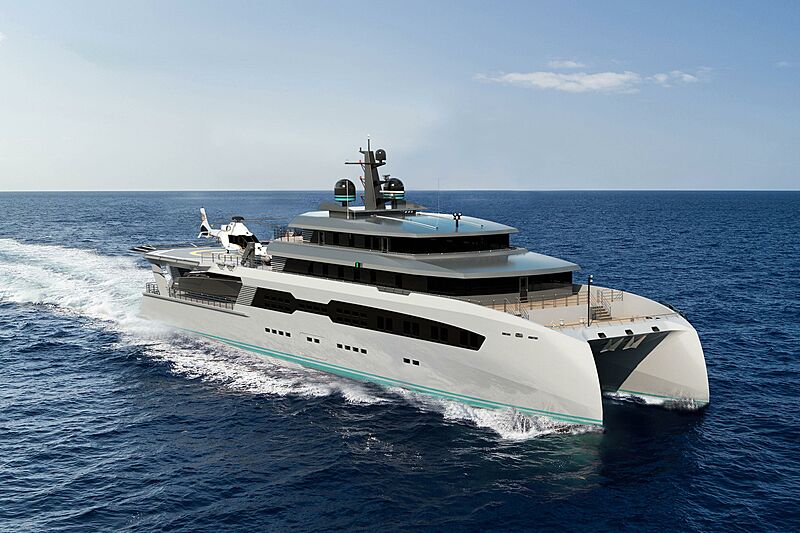 Photo: Incat CrowtherDesigned to act as a  buffer between an owner’s main yacht and the outside world, the support vessel Haven allows those on board to maintain a safe social bubble by acting as a testing facility and quarantine space before allowing guests and crew aboard the mothership. Within her multihull design, Haven features two zones and can carry all the expected facilities of a support vessel such as a diving centre, Jet skis, tenders a submarine and a helicopter landing pad/fueling area. 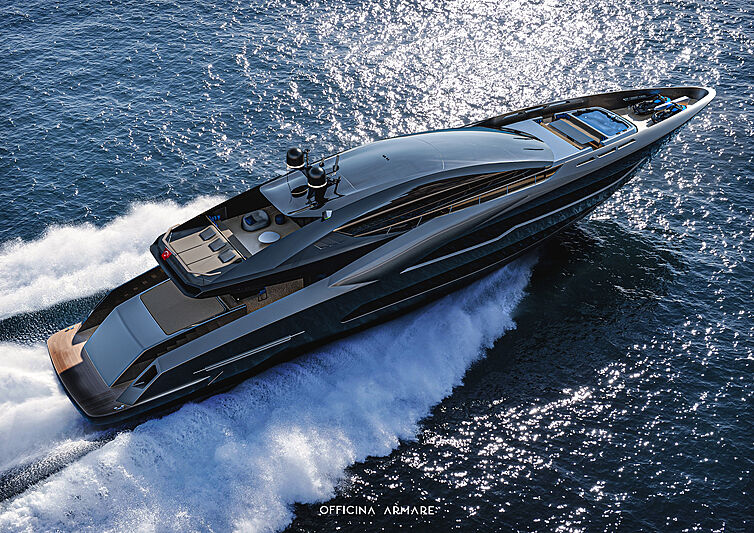 Photo: Officina ArmareThe high-speed concept BadGal from the Italian studio Officina Armare has been given a sleek look, with an all-black design showcasing large black windows with a high sheer line from bow to stern. With a glass dome-shaped upper deck, the interior decor complements the designs with materials such as woods, stones and metals. Her layout includes a swimming pool, a Jacuzzi and five staterooms for up to 10 guests. The designers have also optimised the bow shape to help her reach speeds of over 29 knots.

For more of the latest design news on SuperYacht Times, click here.

Becoming an owner for a week with Marco Casali Design