News has arrived from the Rossinavi shipyard in Viareggio announcing the launch of motor yacht EIV - a custom 48.8-metre project commissioned by an American client in 2018. Formerly known as Project Vector 50, the tri-deck motor yacht EIV is a fusion between Rossinavi’s build expertise, Arrabito Naval Architects’ naval architecture and Team 4 Design’s interior and exterior designs. 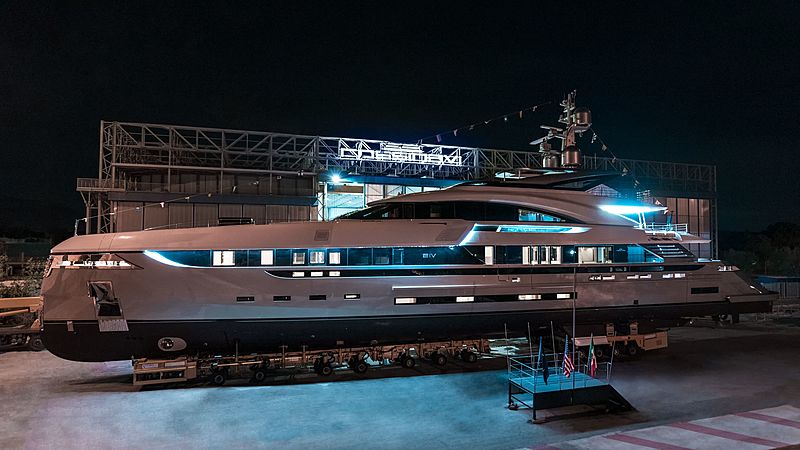 Photo: RossinaviShowcasing dynamic exterior lines and an ergonomic design approach, the fast-displacement EIV features the latest technological advancements in the form of a shallow 2.29-metre draft and excellent stability, allowing her to effortlessly cruise around the Bahamas, the Caribbean and inshore waters surrounding South Florida. Drawing inspiration from the automotive industry, EIV is characterised by sporty air vent grills, a slender silhouette and the liberal use of glass. 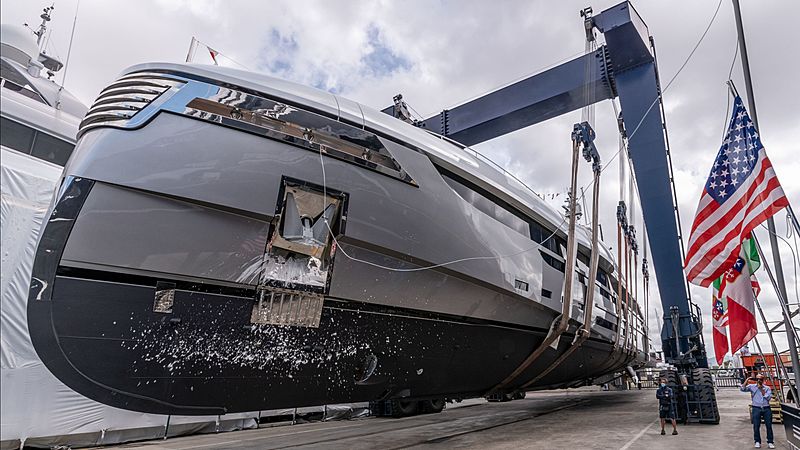 Photo: RossinaviChief Operating Officer at Rossinavi, Federico Rossi, commented, “This boat is a change for Rossinavi. With the increasing and significant interest the shipyard is receiving from the American market, we are constantly working to find ways to collaborate with American suppliers in the production of entirely tailor-made vessels [...] Following on from the success of the first member of the Vector family (a 63-metre launched in 2018) that was also delivered to an American owner, EIV boasts the same sportive appeal and features of her ‘older sister’ such as the shallow draft which is perfect for the Bahamas. Key elements are the swimming pool on the sundeck, the lift and five cabins including the owner’s master suite at the bow.” 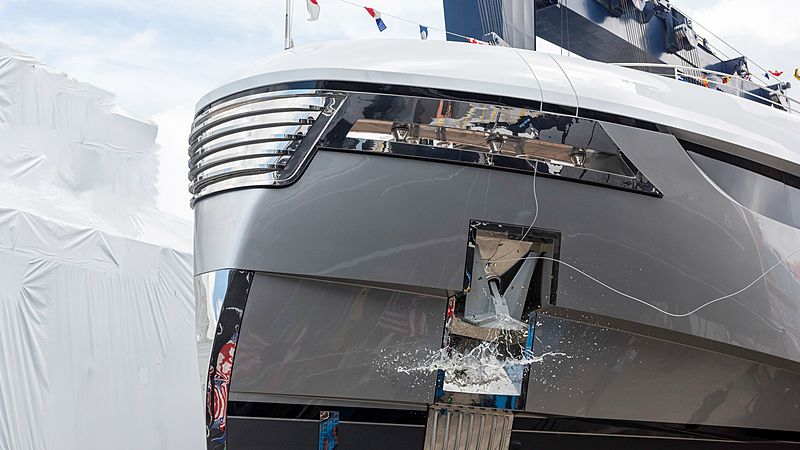 Photo: RossinaviFinding her home waters in the US and Caribbean, key components, mechanical features and electrical systems found on EIV all conform to US standards.

With the owner being introduced to the shipyard by Dean Anthony of Allied Marine Superyacht Division, the American client’s influence is also reflected in her ergonomic functions and custom interiors. At 498 GT, EIV can accommodate a party of eight in four en-suite double cabins located on the lower deck, as well as the owner. Located forward of the main deck, her owner’s full-beam stateroom boasts a private terrace starboard.

EIV’s interior exhibits a nuanced mix of light woods and natural fabrics, which are contrasted by dark onyx details, rich leathers and bronzed brass accents, while floor-to-ceiling windows flood her interiors with natural light. Enrico Gobbi custom designed much of her carpentry detailing, as well as a portion of the furniture, which has been upholstered with high-end brands such as Hermes, Rebelli and Armani Casa to give off an elegant yet welcoming vibe. 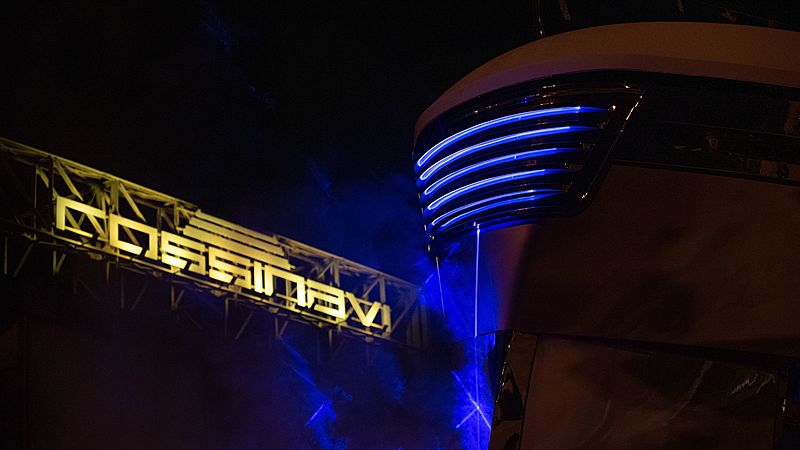 Photo: RossinaviIn terms of power, the all-aluminium motor yacht EIV is equipped with twin MTU 16V 2000 M96L diesel engines with 1,939 kW of power at 2,450 rpm each that allow her to reach a top speed of 19 knots and cruise at 15 knots. At an economical speed of 10 knots, EIV has a transatlantic range of 3,600 nautical miles.