The 80-metre Yachtley motor yacht Elements has recently been delivered to her owners and is currently on display at the Monaco Yacht Show. 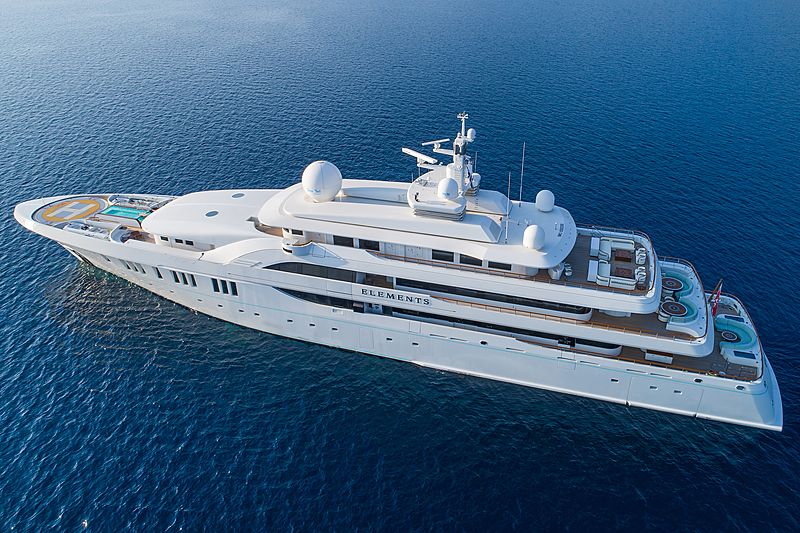 Elements features naval architecture by Alpha Marine Ltd. and boasts interior design by Cristiano Gatto and exterior and interior layout by the Greece-based Alpha Marine Ltd., who was also responsible for building the first SOLAS compliance motor yachts in Greece. 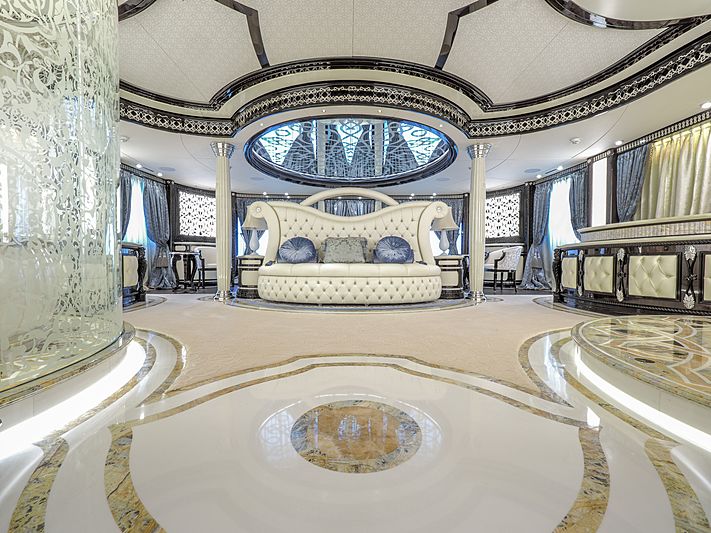 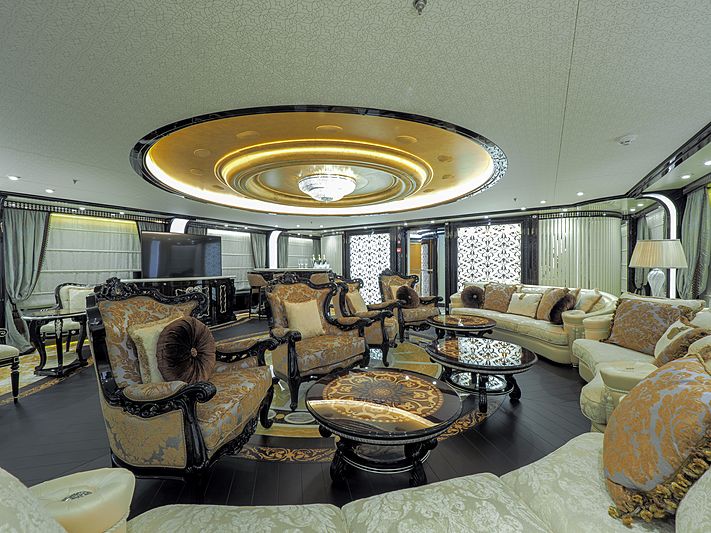 Elements’ interior features precious materials, marbles, etched black surfaces, backlit onyx, gold, silver and mother-of-pearl inlays. Gatto, who was influenced by Islamic/Ottoman architecture says: “A ‘One Thousand and One Nights’ atmosphere lingers everywhere you look. Each environment on board has its distinctive decoration, the red thread being the preciousness of materials and decorative elements.” Gatto goes on to say that “distinguishing motifs of the decoration are ordered repetition, radiating structures and rhythmic patterns but also architectural structures such as columns and niches. These features, taken together, constitute a unique pattern that defines the yacht’s character and atmosphere.” 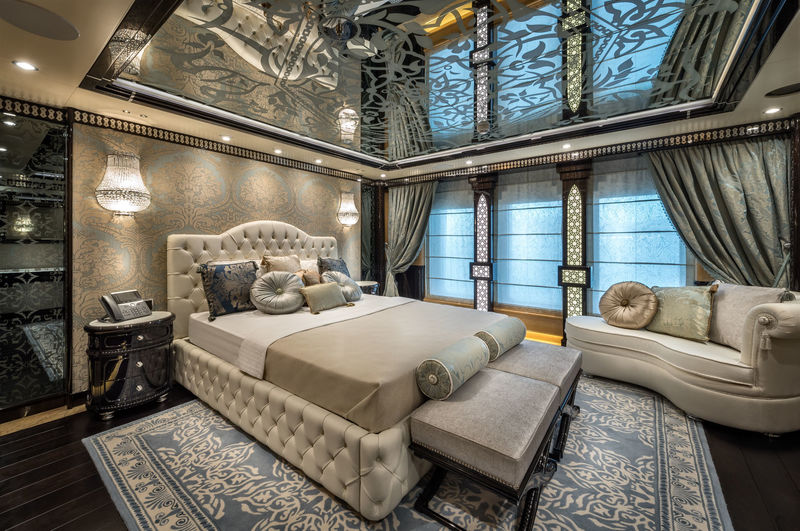 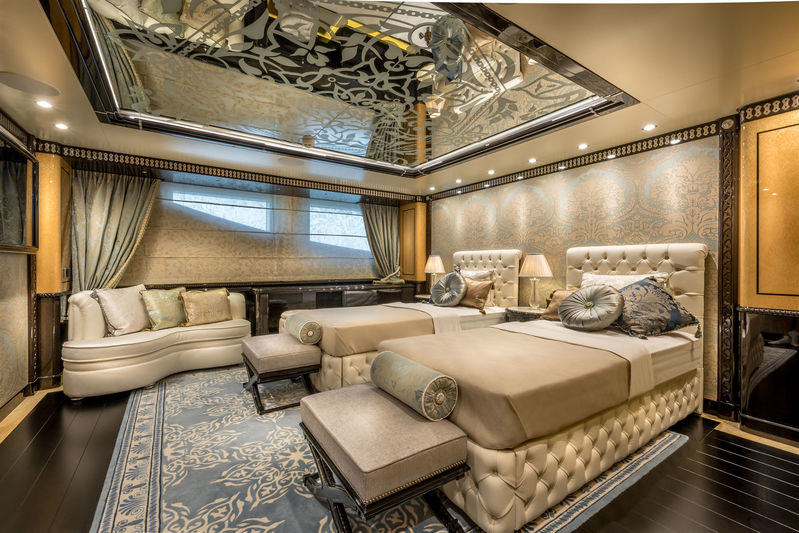 Some of the interior highlights include the main deck saloon, with backlit onyx wall panels and intricate marble flooring, a gym and wellness centre near the beach club, several cinema rooms and a 180-degree panoramic lounge with a bar on the bridge deck. 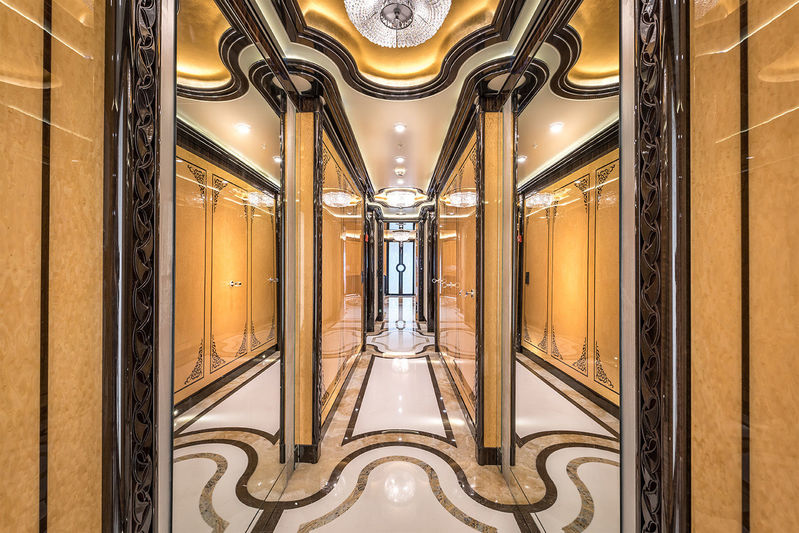 Up to 24 guests can sleep onboard Elements, across 12 staterooms, including two large VIP suites on the owner’s deck, which is laid out as a private apartment. Nine more suites are situated on the main deck and feature timber floors, rich fabrics, hand-tufted carpets and adorned ceilings. The crew quarters, accommodating up to 31 crew, are situated on the lower deck. 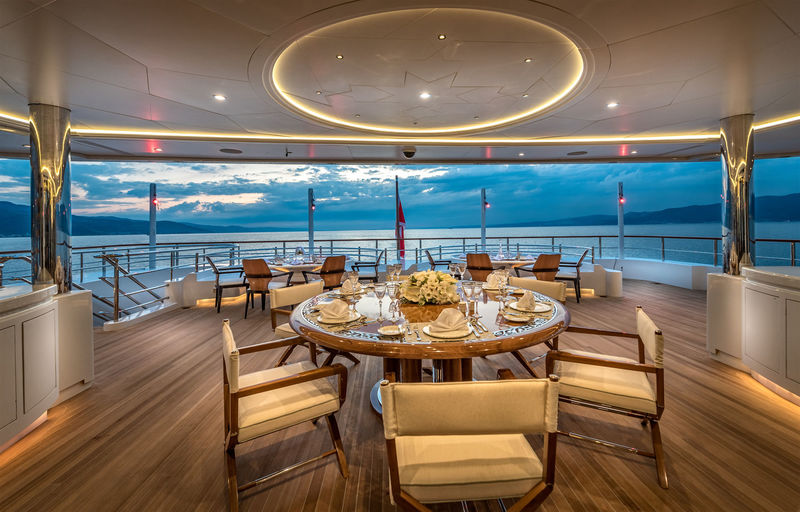 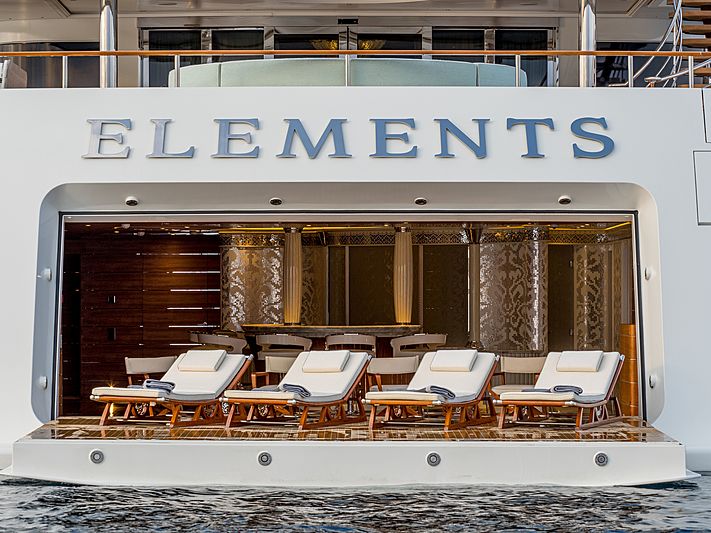 Elements boasts a 140-square-metre beach club and a large folding transom. The foredeck on the owner’s level features a Jacuzzi pool and a helipad for the owner’s private helicopter. 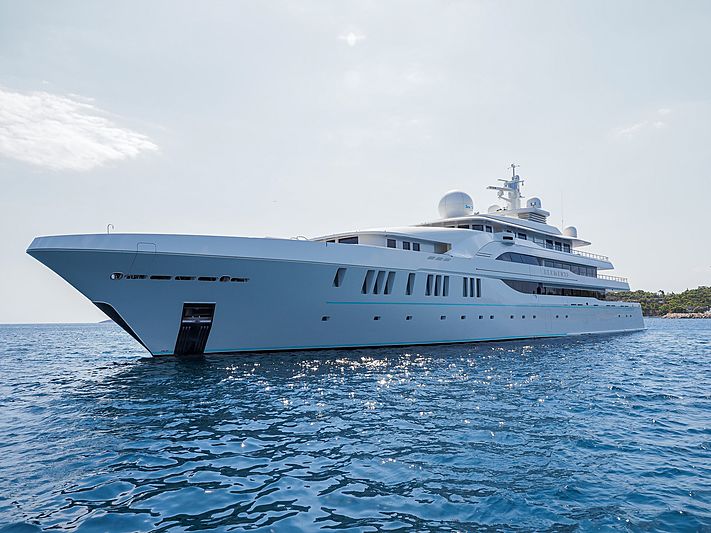 This motor yacht is powered by twin MTU 16V4000M63L engines, giving her a maximum speed of 20 knots and a cruise speed of 17 knots.