Delphine Yachts has sold the 44.2-metre Benetti yacht Dia’s from the Benetti Vision 45 range, with Thrasyvoulos Kanaris from All4yachtcharter introducing the buyer. Built in 2006 with a GRP hull and superstructure to in-house naval architecture, Dia’s was the seventh hull from the Vision 45 range to launch and has now been renamed Grande Amore by her new owner. 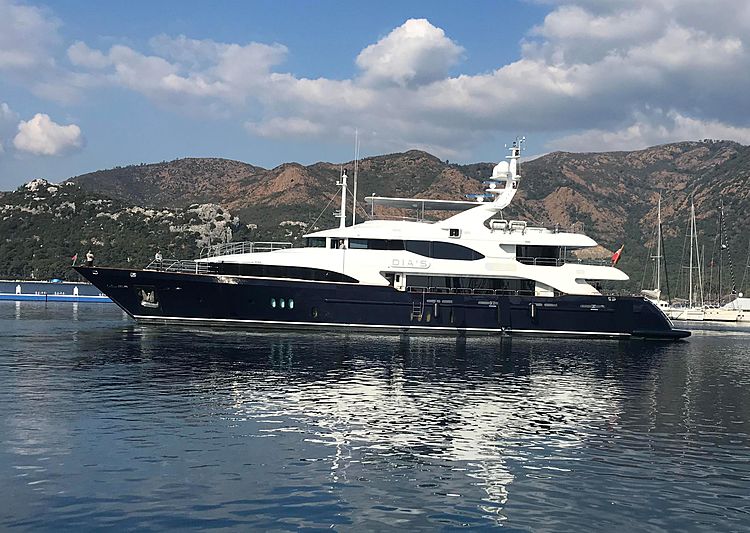 Photo: All4Yacht CharterThe 456 GT yacht sports Stefano Righini Design exterior lines and Zuretti interior designs, and has been built in conformity with ABS class regulations. Grande Amore was extensively refitted in 2013 and is currently undergoing a major interior refit, after which she will showcase a luxurious and modern interior styling, a spacious beach club with a gym and sauna, and a new Crestron system with updated sound and TV systems. 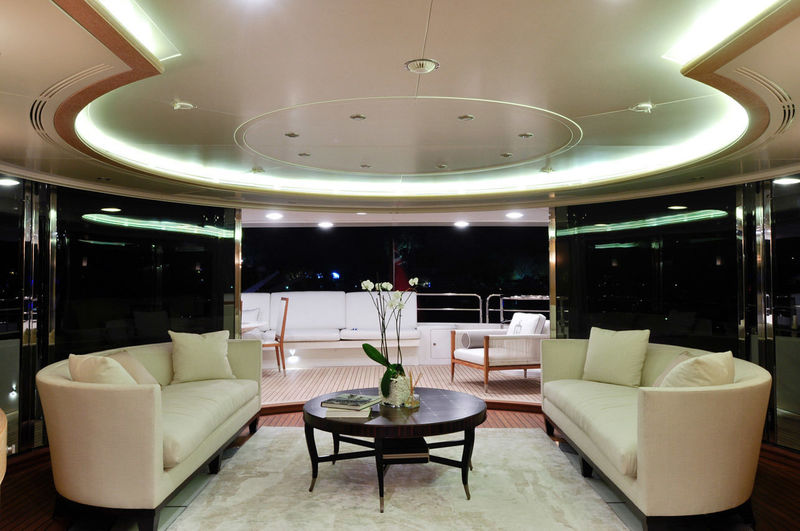 Grande Amore sleeps up to 14 guests in six well-appointed cabins - including two master cabins - as well as a crew of nine. The owner’s cabin provides a 180-degree view of the surroundings, a rotating bed and access to a private deck forward of the suite. The VIP suite faces aft and allows for an abundance of natural light to flood the space. 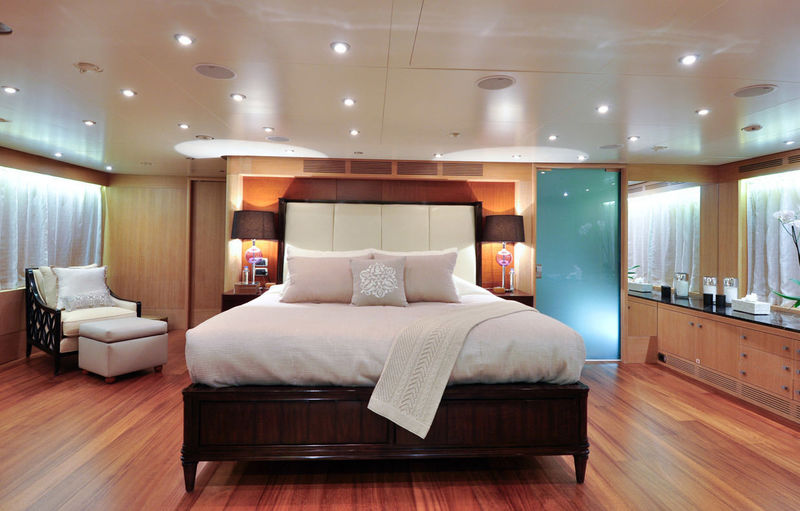 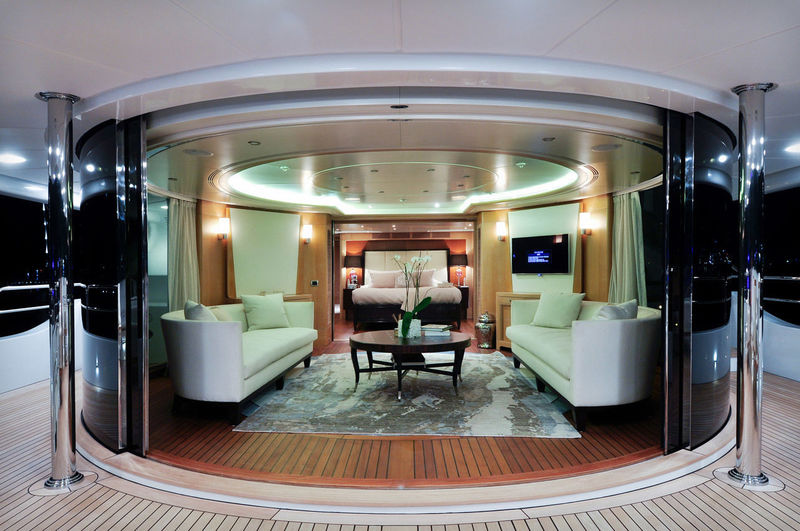 Her Zuretti interior showcases contemporary decor while full-height sliding doors on the main and upper deck create an airy interior atmosphere. An elevator that connects all three levels ensures that Grande Amore is fully wheelchair accessible. 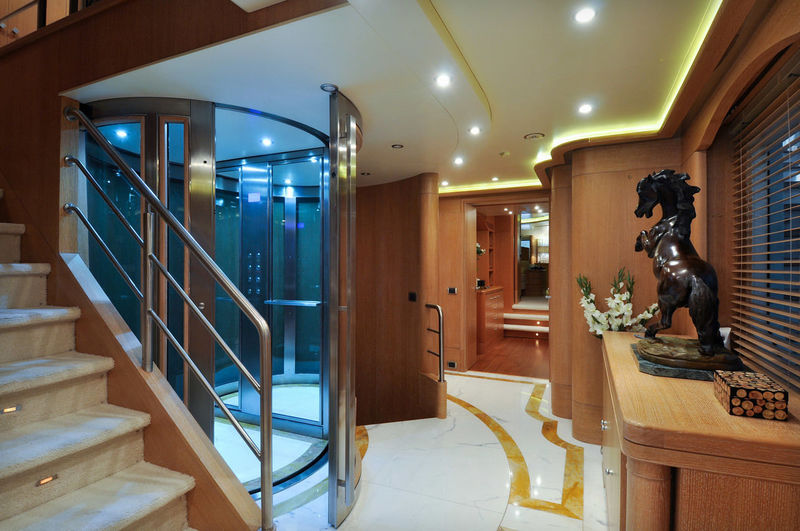 The tri-deck yacht boasts a large sun-deck which is the prime location for outdoor entertainment as guests can unwind at the bar, dip into the Jacuzzi, dine alfresco and lounge on the sunbeds or under the Bimini. 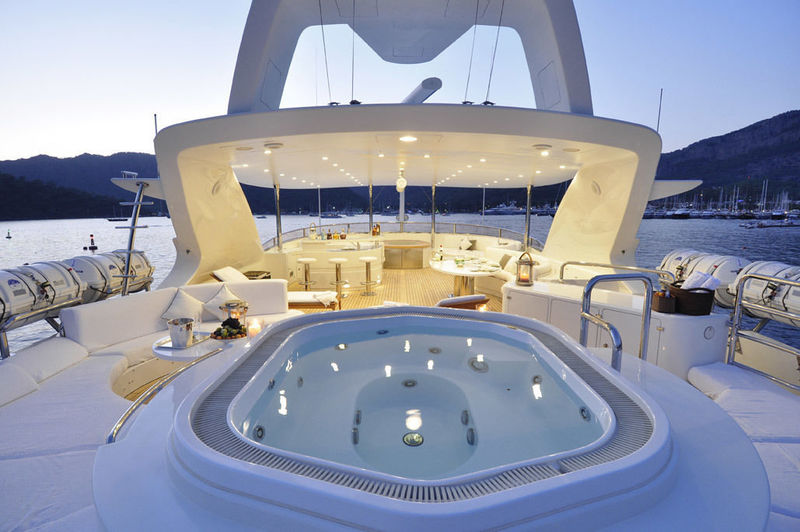 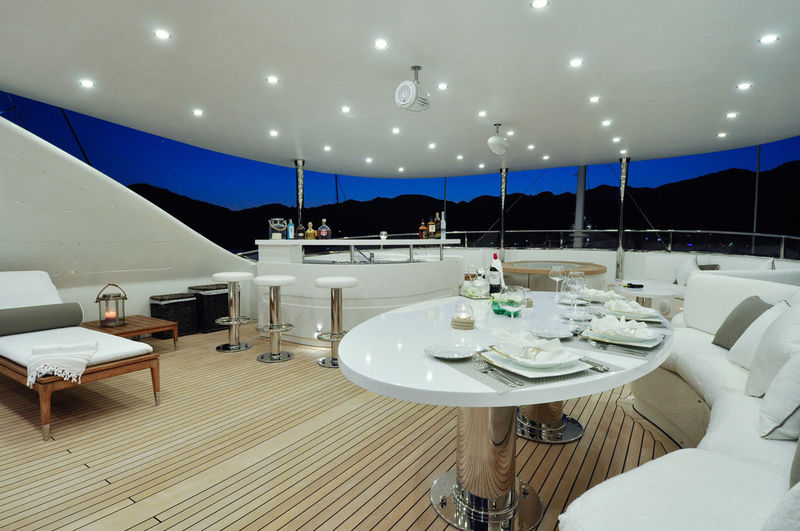 On-water fun is ensured by a host of watersport toys including a Castoldi jet tender J15, Jet Skis and diving and snorkelling equipment which can be housed in the tender garage. 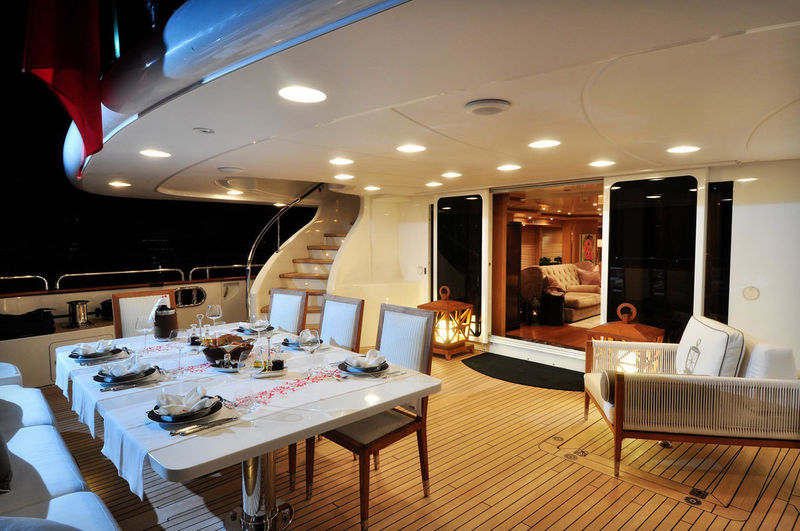 Equipped with twin diesel-fuelled Caterpillar 3408B engines with 1,299 hp each, Grande Amore cruises at 12 knots and reaches a top speed of 15 knots. At an economical cruising speed she has a transatlantic range of 4,000 nautical miles. At the time motor yacht Grande Amore was still listed as a yacht for sale, she had a final asking price of €7,000,000.