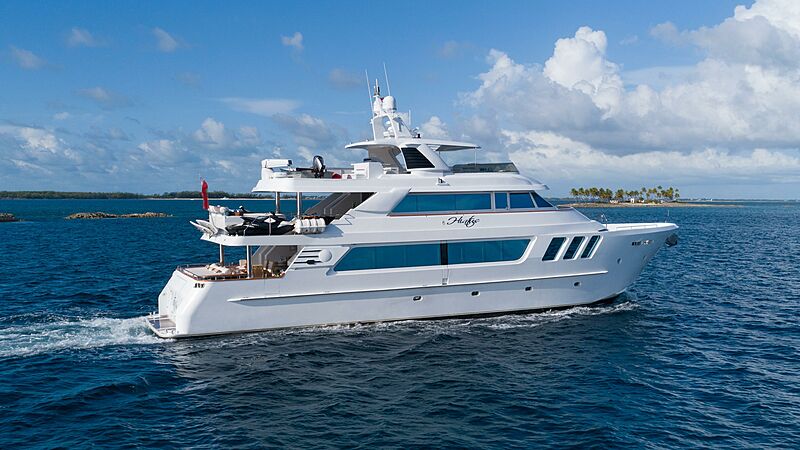 Photo: Denison Yachting / SuperYacht TimesBuilt in 2008 by MCP, the previously named Lady D features both an exterior and interior design by MCP and has recently been updated with new electronics include two Furuno radars, Garmin GPS, Maretron Ship’s monitor system, and Apple/Sonos stereo sound system throughout the vessel. 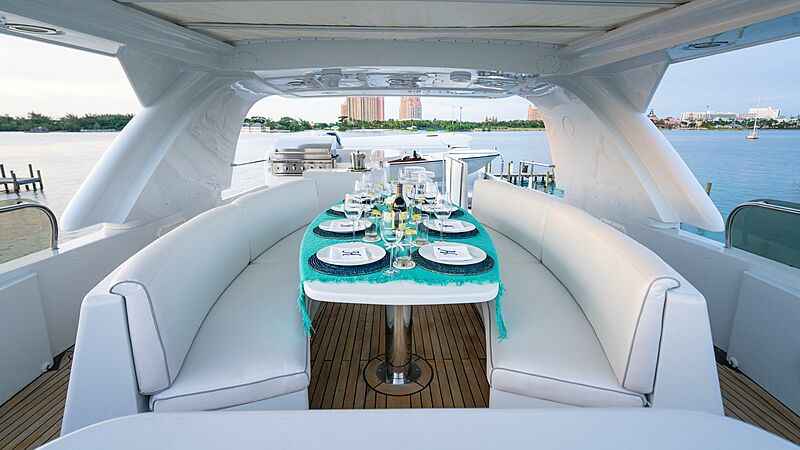 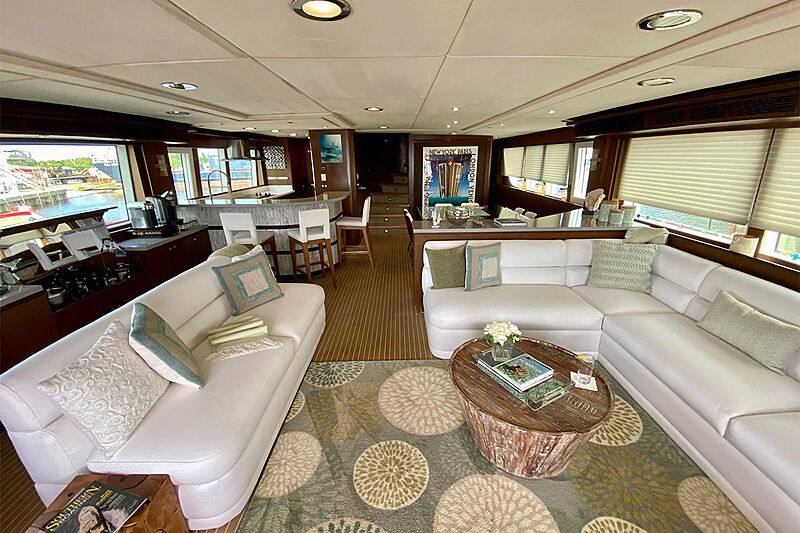 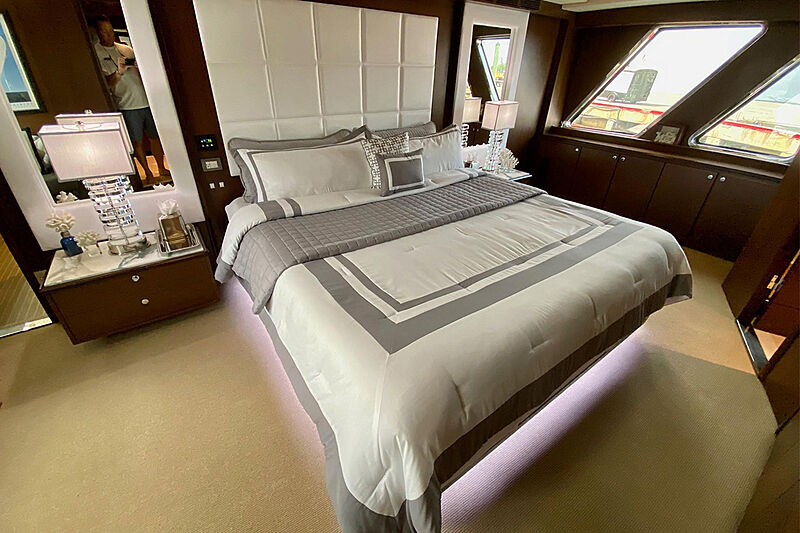 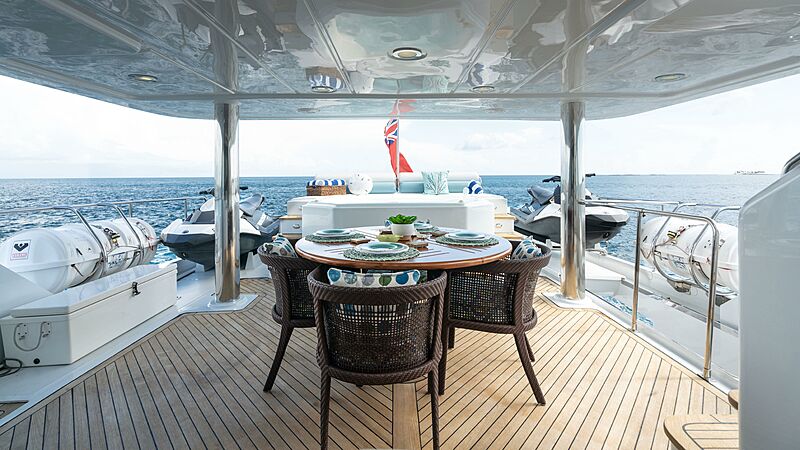 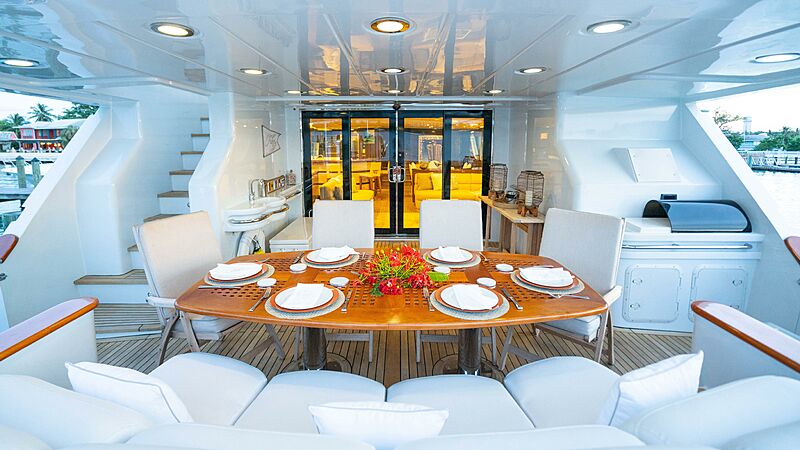 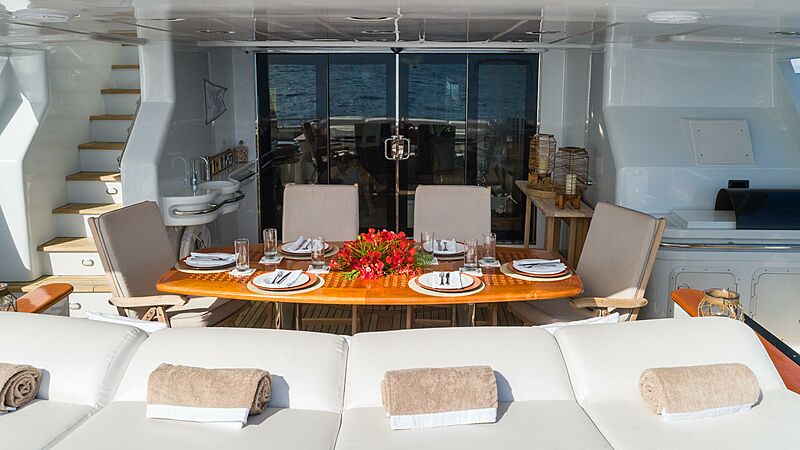 Photo: Denison Yachting / SuperYacht TimesHer flybridge includes a complete control station, a large oval-shaped table with semi­circular seating, and a retractable hardtop. Hiatus’ galley lies to her port side on the main deck, with an additional galley in the lower lazarette area for service when the garage door is down.

Able to sleep up to 12 guests and a crew of five, Hiatus has a five stateroom layout feature, which includes a king master cabin located forward on the main deck. The four guest staterooms on the lower deck include two queen guest cabins and two twin guest cabins, each with an additional Pullman berth. 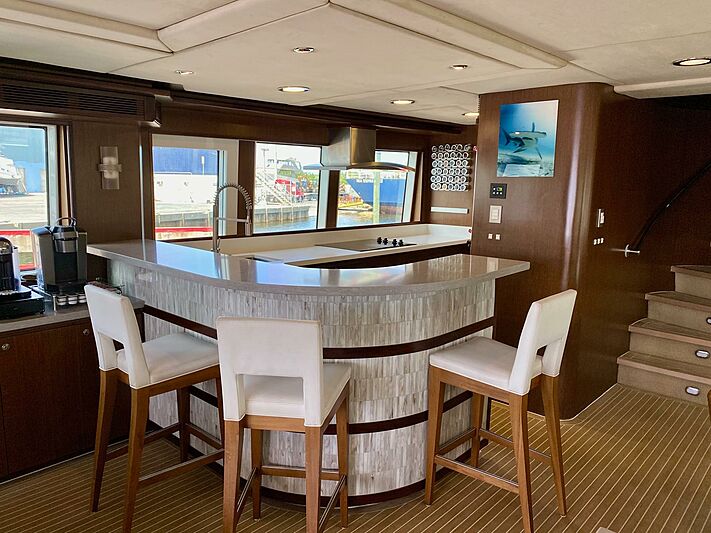