Built by Hargrave in 2007, the 29.26-metre motor yacht Huntress has been sold, thanks to Gregg Silver from Atlantic Yacht & Ship Inc. representing the buyer and Thom Conboy and Chris Collins from Ocean Independence representing the seller. 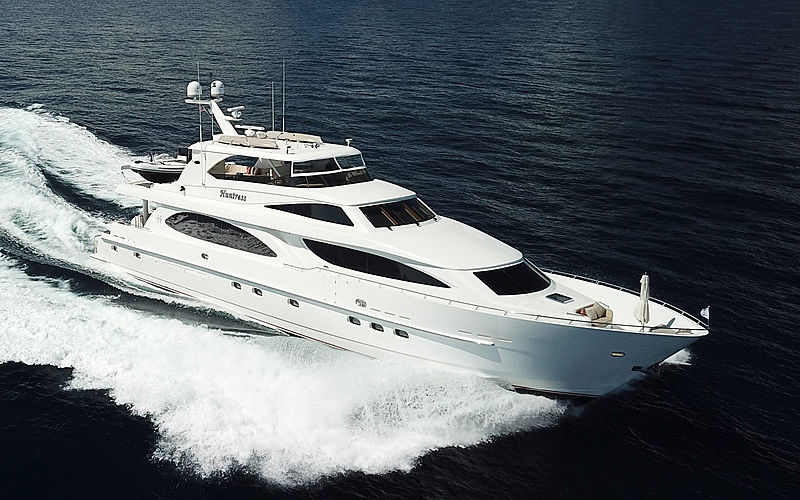 Hargrave was also responsible for the exterior design of Huntress, while the interior is the work of Shelley Yacht Design. She sleeps nine guests across four Caribbean-style staterooms and can accommodate crew across two additional cabins.

With large windows and both a seating and bar area, Huntress' saloon is perfect for entertaining. Guests can also enjoy the aft deck for al fresco dining and shaded areas on the flybridge are ideal for those looking to catch a break from the sun.

Motor yacht Huntress is powered by two Caterpillar C32 Acert diesel engines which give her a cruising speed of 12 knots and a top speed of 24 knots.

Specific statistics courtesy of SuperYacht Times iQ
- Yachts built circa 2007 in Taiwan measuring around 29m sold at an average asking price of €2.9m or €19,490 per GT