The 59.3-metre Benetti motor yacht Iman (ex: I Dynasty) has found a new owner, with Konstantin Kolpakov from Arcon Yachts representing the seller and Nicholas Hidiroglou from Parsifal Yachting representing the buyer in the deal. 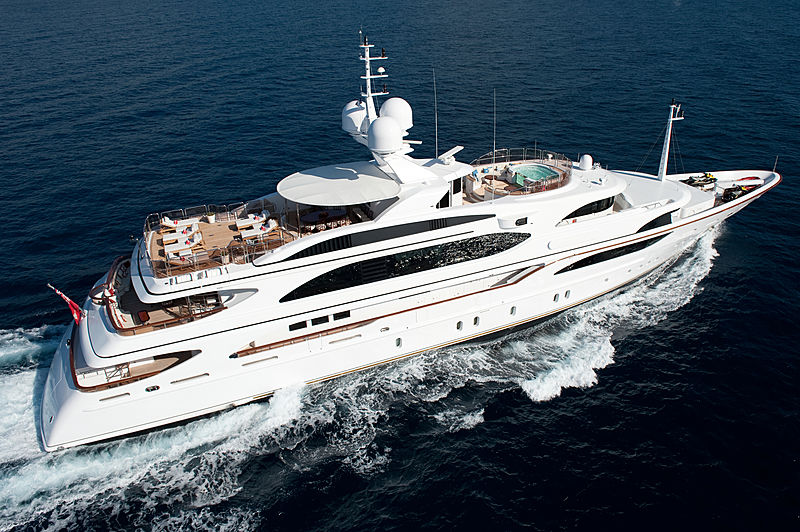 Photo: Arcon YachtsDelivered by Benetti in 2008, Iman features an exterior design by Stefano Natucci and an interior by Massari Design, undergoing refit works between 2017-18. On board, she provides accommodation for up to 14 guests across a main-deck master suite, upper deck VIP and four double staterooms on the lower deck, two of which have additional Pullman bunks. 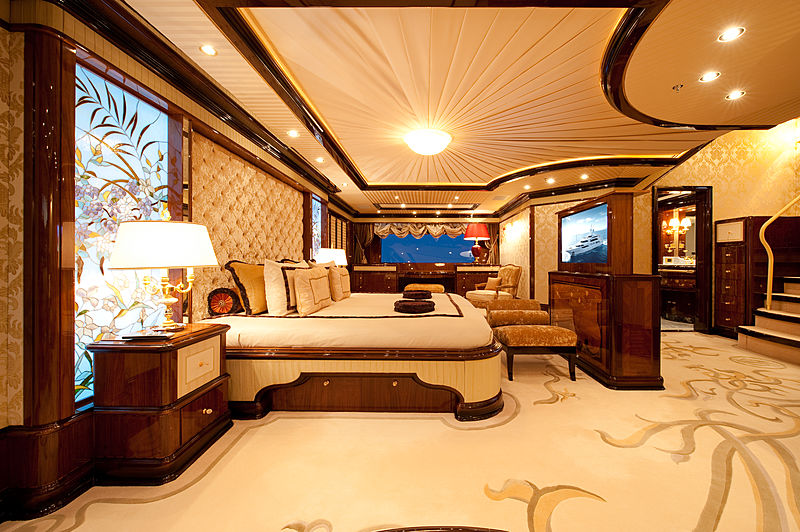 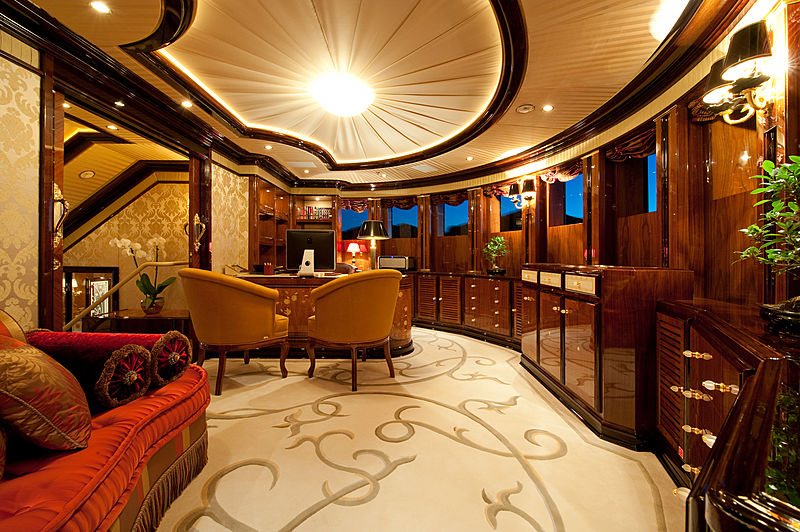 Photo: Arcon YachtsHer split-level master suite includes a full-beam bedroom with two separate bathrooms. In addition, as a standout feature for her owner, a semi-circular observation television lounge and study with 180-degree panoramic views can be reached via steps. 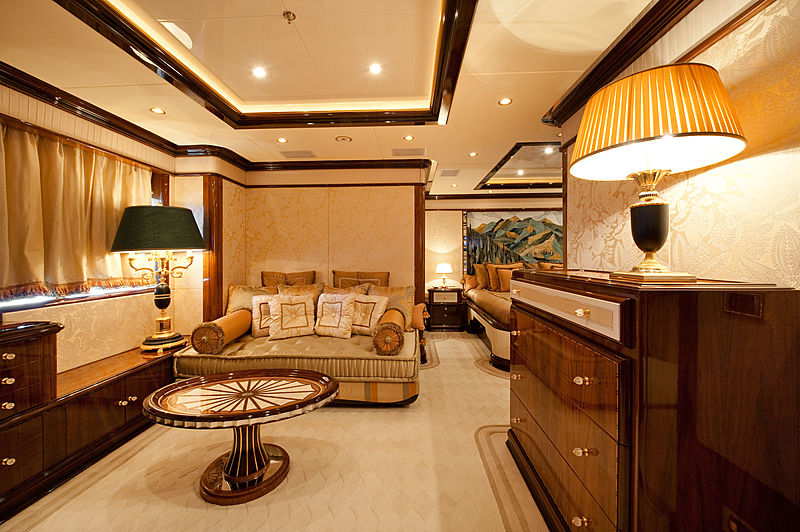 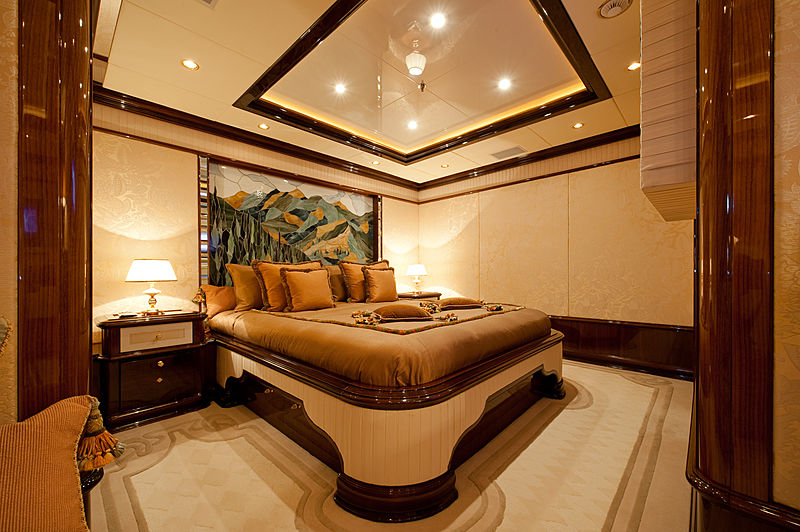 Photo: Arcon YachtsGloss panelling highlighted with Benetti's signature joinery can be found throughout the staterooms, creating an elegant and calm atmosphere on board. 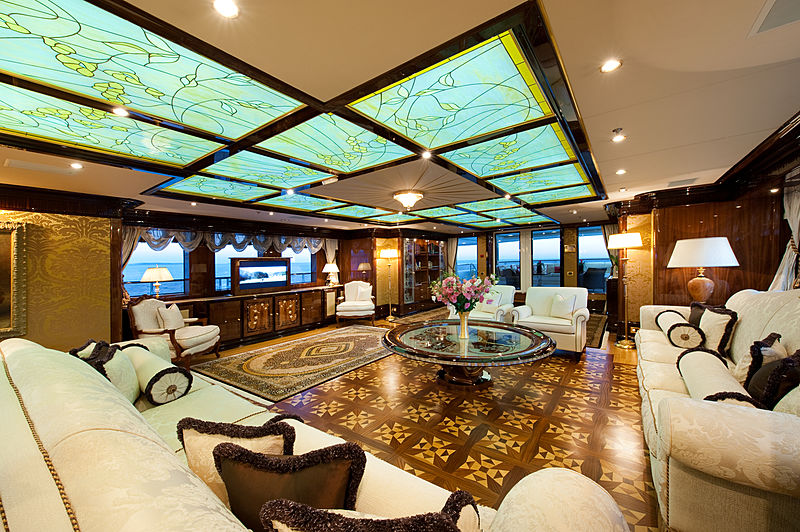 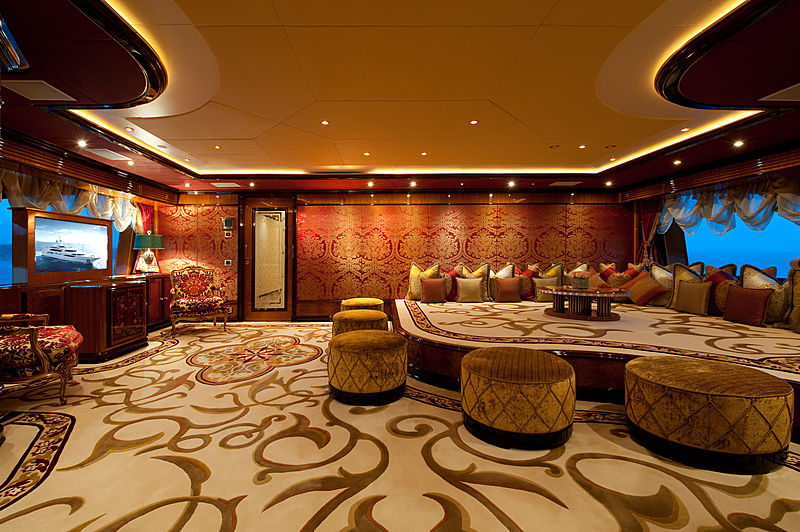 Photo: Arcon YachtsOther standout areas on board motor yacht Iman include her sundeck which spans approximately 200 square metres, with screens surrounding the aft section for privacy. 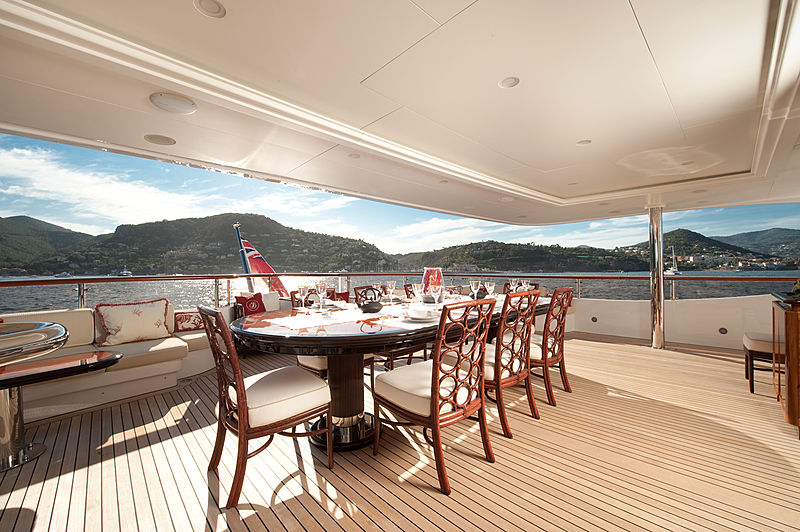 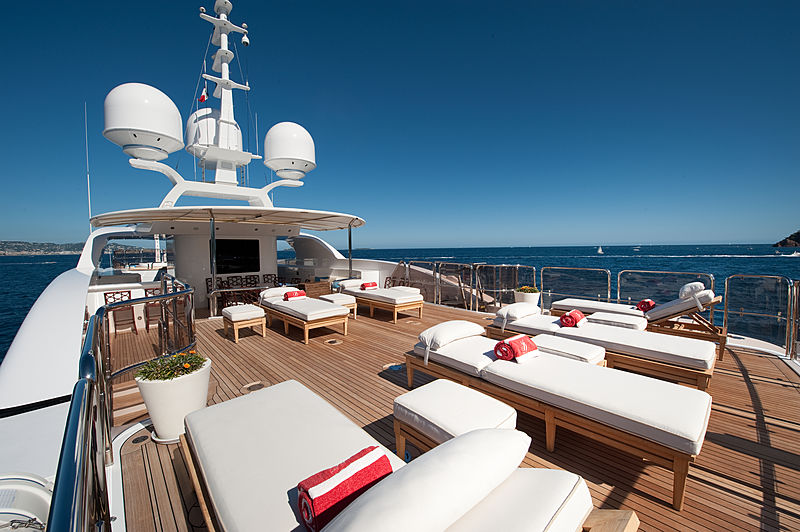 Photo: Arcon YachtsForward, guests can also make the most of her split-level semi-enclosed pool area complete with oval, oversized Jacuzzi. 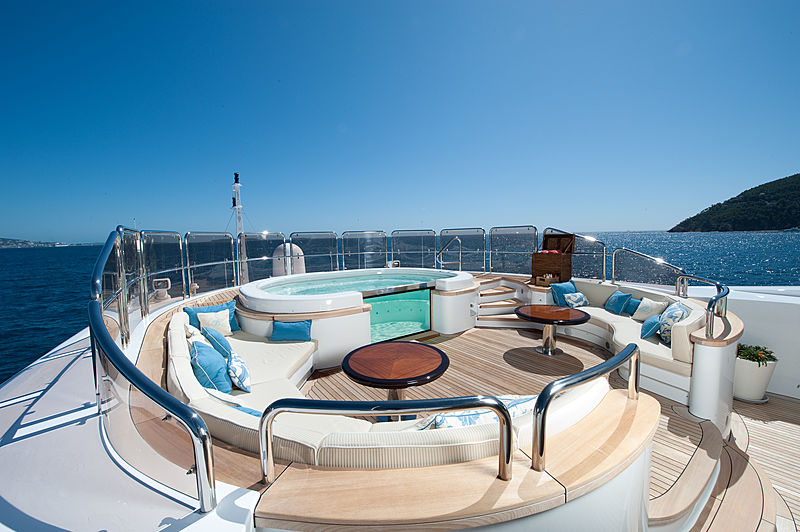 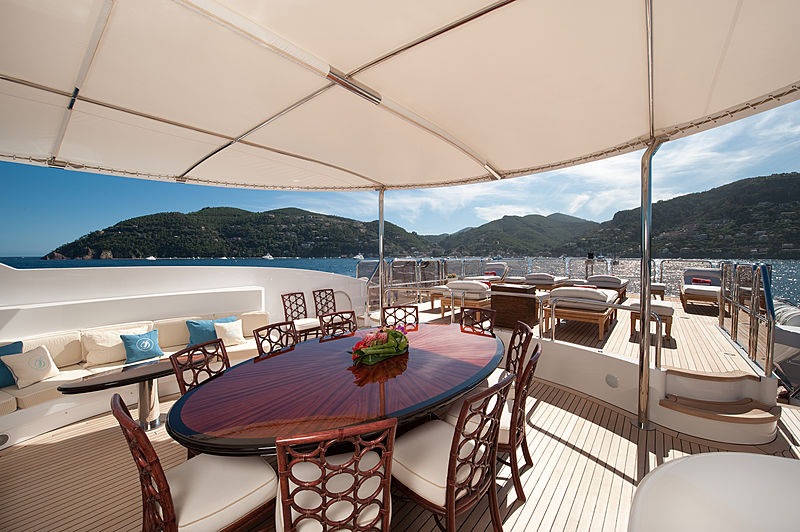 Photo: Arcon YachtsThe main deck is classically styled with art deco features and offers guests a generous saloon, ideal for both entertaining and dining, thanks to the extended aft section found on the 59-metre series from Benetti. 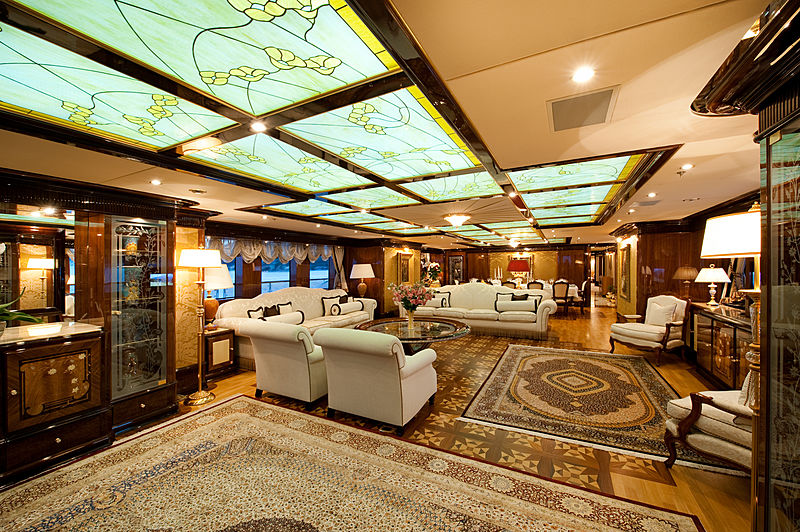 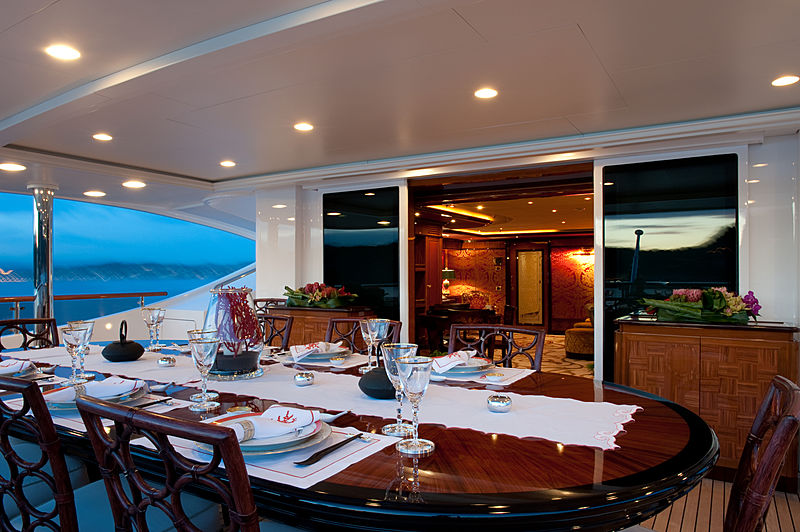 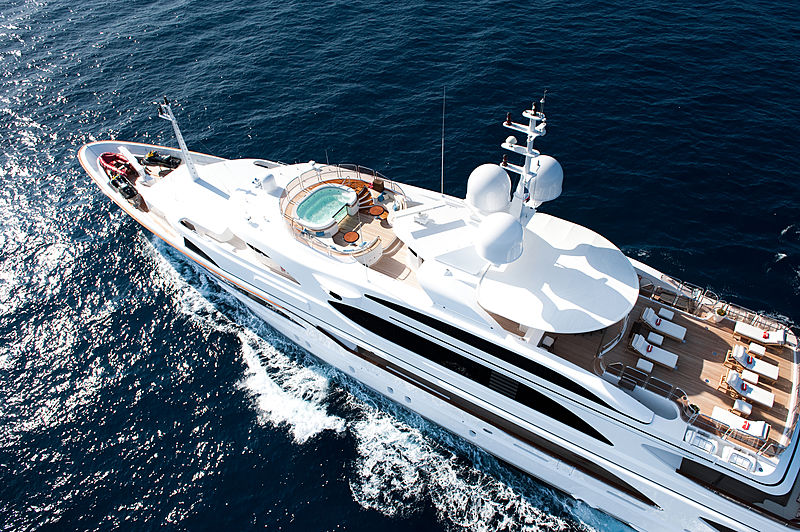 Photo: Arcon YachtsThe vessel's power is provided by twin MTU diesel 1795hp engines which enable her to reach a top speed of 16 knots, with a range of 4,500 nautical miles at 12 knots. 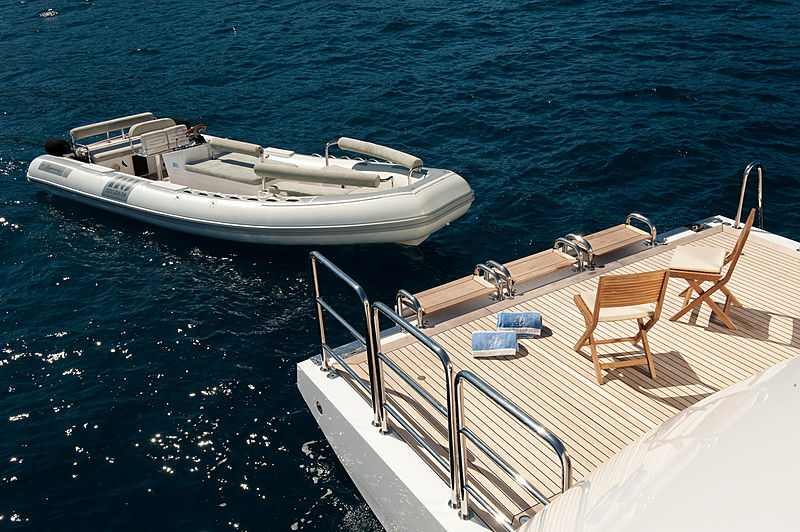