Home > News > Travel to Fiji: A gem in the precious Pacific

Travelling the world can be unpredictable, especially when Mother Nature throws a curveball along the way. “We weren’t sure what we were going to find, or what was actually left,” explained Paul Hutchinson, long-time captain of the 49.07-metre superyacht La Dea II as he recalls navigating through the South Pacific towards Fiji just four months after the region had been struck by Cyclone Winston. 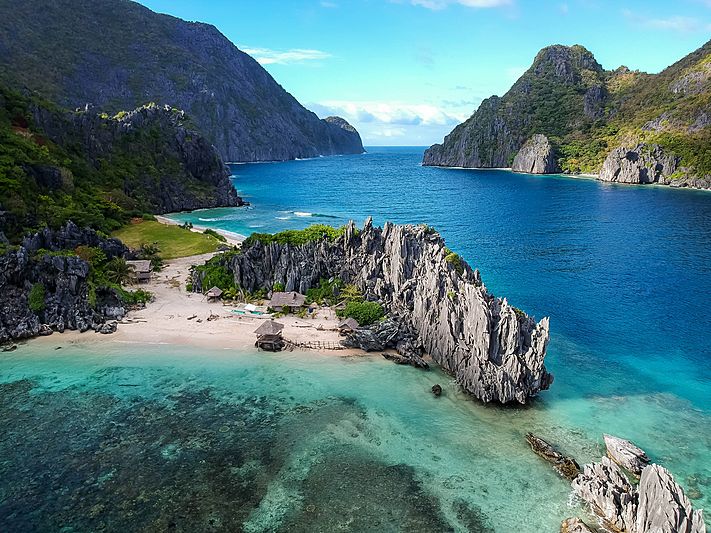 Photo: Cris TagupaAs the most intense tropical cyclone in the Southern Hemisphere on record, Cyclone Winston hit Fiji with winds of up to 185 miles per hour. Usually a pristine paradise, the majority of the Fijian islands were left without power, water and communication following the event. “The itinerary took us past the region and we wanted to stop and enjoy Fiji, but also help,” Hutchinson added, and so, the captain and his crew wasted no time in offering aid and support. “I have experienced a few natural disasters during my time at sea, and when visiting these affected areas you never really know what is accessible or what destruction you will find. The local agent we used was keen to have a boat that was capable of moving around as a lot of the local infrastructure had been washed away. There were a few other catamarans in the area, and they were doing some work and delivering the bare essentials.”

Having been at sea since the age of 13, Hutchinson first met the owner over nine years ago on board the family’s previous yacht, La Dea I, and oversaw the yacht’s winter refit. After the owner upgraded to La Dea II in 2013, Hutchinson was invited back as a full-time captain during 2015. One year later in Fiji, his experience and knowledge of La Dea II were put to the test when he and the crew spent time delivering basic supplies, survival boxes and school books to villages in the area. “It was a case of trying to keep some basic structure to the island life. Already the school was back up and running and most of the villages were being powered by generators. We were able to pump water from the yacht and get it ashore to fill their water tanks. People were so grateful that the boat had come.” 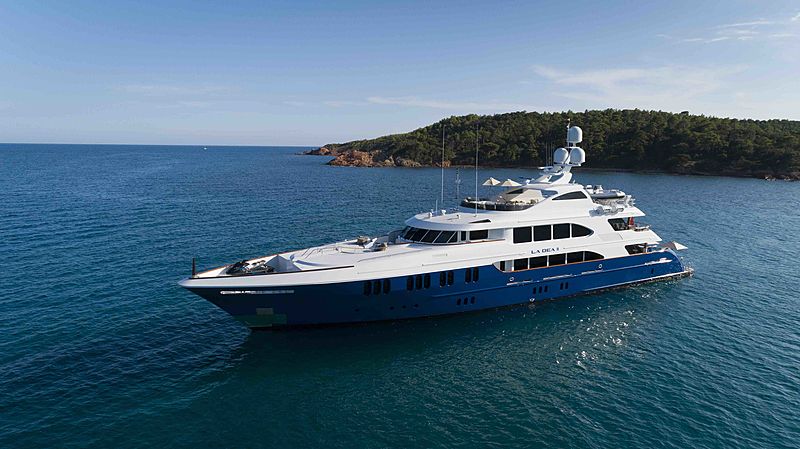 Photo: IYC Yachts“The overriding feeling from the experience was that we were there to help, and rightly so, but you have to empathise and appreciate what you’ve got because we have no comprehension of what it is like to lose everything.” The more developed islands were in a state of reconstruction when La Dea II arrived, but the local inhabitants were still able to offer their guests a special experience. “Prior to the cyclone, we would have had a meeting with the village chief and a ceremony with dancing and a village tour as the Fijians are very proud of their villages and culture. This time was different - it was more like a thank you event. It was very sincere.”

Now the area has mostly recovered from the disaster, it continues to be a stunning South Pacific destination for superyachts. With its fascinating island formations of dramatic volcanic rocks surrounded by icing sugar sand and bright blue water, it is hard not to feel captivated by Fiji. With accommodation for up to 12 guests across five luxury staterooms, including a full-beam master suite on the main deck, La Dea II is a proven and versatile world cruiser that is able to take all those on board up close with the natural wonders of Fiji. Her array of amenities such as the panoramic sky lounge, vast sundeck, fully-stocked toy store and huge swimming platform make a stay on La Dea II something special. Despite having adapted their itinerary to provide support after Cyclone Winston, La Dea II’s owners and guests still had a fantastic experience which went beyond just being tourists - the itinerary of which has been shared for seven days in ultimate bliss.

Everyone passes through Fiji's largest island, Viti Levu, to start their adventure. For those who want a more in-depth look at the island, there are plenty of attractions to make you linger longer, including getting to know the island’s rich history and multicultural heritage that you will happily become accustomed to during your stay. As an island dominated by striking mountains, including Mt. Tomanivi, an extinct volcano, there is the opportunity to head for the skies in a three-day trek through the Koroyanitu National Heritage Park, or, take on the Upper Navua River for an afternoon of white water rafting. To finish off, choose from one of the lively resorts to kick back and enjoy a meal or anchor out to the north of the island near Nananu-i-Ra to have a go at spotting the local dolphins.

Wake up and find yourself anchored further west in an idyllic collection of 20 volcanic islands, around seven of which are covered at high tide. The islands have enough facilities, activities and adventurous opportunities to satisfy any day-tripper and are one of the most popular stops in the region. Because of this, tourists outnumber the locals, but the chances of crossing paths with anyone are still relatively unlikely. Spend the day sinking your toes into the brilliant white sand and exploring some of Fiji’s best beaches on any island that takes your fancy, or get wet and explore the haven of underwater life amongst the many mazes of coral reefs and swim-through passages. Don’t forget to pass by Monuriki, the location for the hit-movie Cast Away. 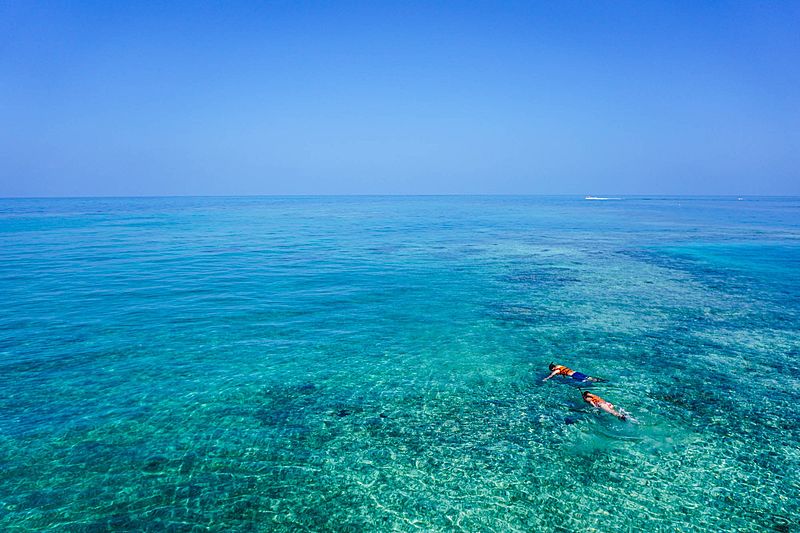 The islands of Yasawa are dramatically rugged, more so than the Mamanucas. The stark mountain range is surrounded by dense jungle met by stretches of silky sand - the epitome of paradise enjoyed best during a simple day snoozing in a hammock, sipping cocktails and floating on the surface of the warm ocean. With a friendly population of manta rays in the area, a snorkelling excursion will no doubt be rewarding. Open up La Dea II’s toy store and make the afternoon swim even more thrilling by taking the kayaks, wave runners or wakeboard out for a ride. 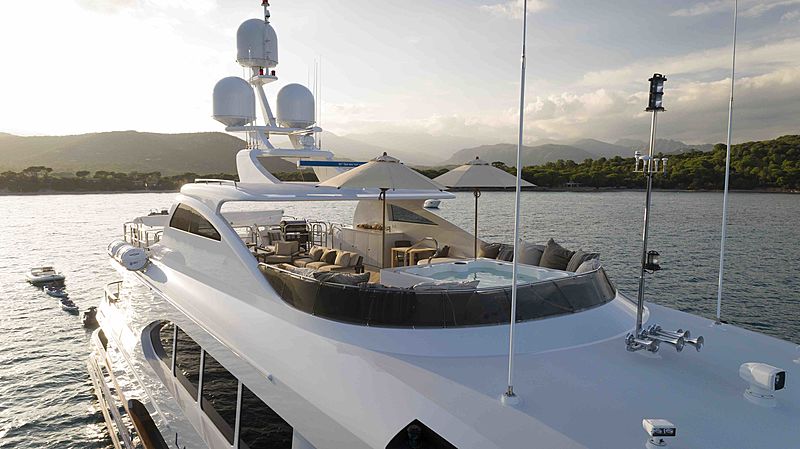 Upon arrival at Fiji’s second-largest island, you’ll be met by a smattering of coastal villages and traditional wooden homes. Vanua Levu, meaning Sandalwood Island, has stayed an undeveloped maze of dirt tracks and exciting jungle with mountain trails chased by waterfalls. In and around the Waisali Rainforest Reserve, colourful birds and wildlife can be found, as well as the island’s sugarcane and copra plantations. For a delightful afternoon in the sun, head south of the island to Savusavu, where yachties, divers and dreamers gather to enjoy the tropical vibes. Have the crew on La Dea II, who are also diving experts, hook you up to the diving equipment and feast your eyes on the spectacular underwater city. 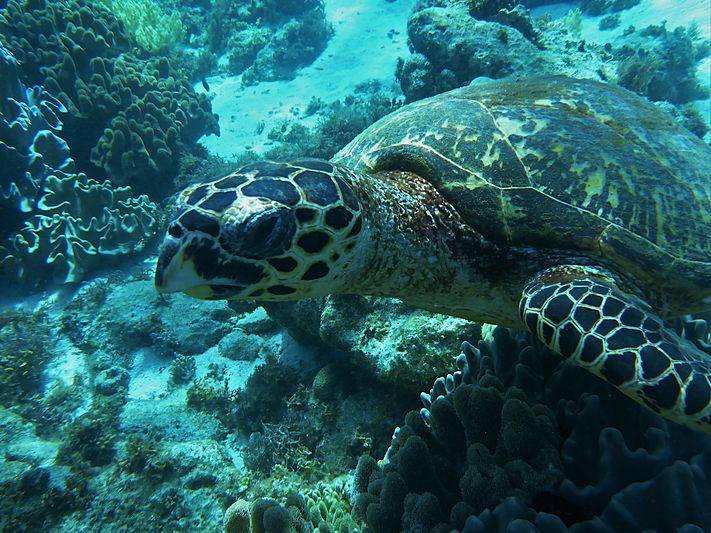 The Garden Island of Fiji has abundant flora and prolific birdlife which can be best seen along a trail through the Vidama Rainforest and from the scenic viewpoints overlooking the neighbouring islands. After stopping for a swim in one of the many waterfall plunge pools, leave the tangle of giant ferns and jungle of palm trees with plenty of time left to visit Naselesele Lagoon - home to a black pearl farm where you can browse, shop and snorkel for pearls. Keep your snorkelling gear on hand, because after a barbeque lunch on the beach, the opposite side of the island around the village of Somosomo is home to an array of vibrant rainbow corals that attracts divers from all over the world. The afternoon will drift by as the mesmerising underwater life will occupy all guests who may be lucky enough to see turtles, barracudas, reef sharks and manta rays. 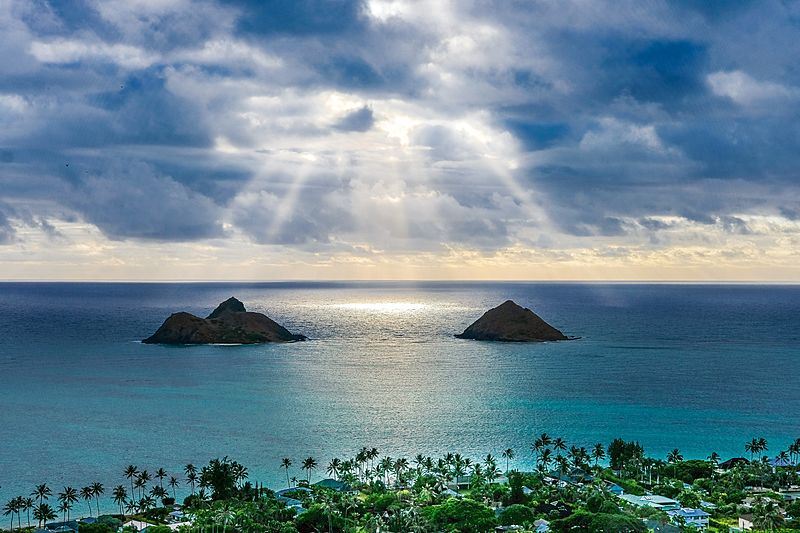 Now is the time to delve even further into Fiji and discover the rich and protected history that exists on the islands of the Lau Group. These small communities have changed very little and are happy to share their language, food, traditional dress and architecture originating from their Tongan ancestors. Life here is simple and unspoiled, so take advantage of this precious place. With no restaurants and only a few village shops in the area, the day should be spent learning from and experiencing the culture of the Lau inhabitants. 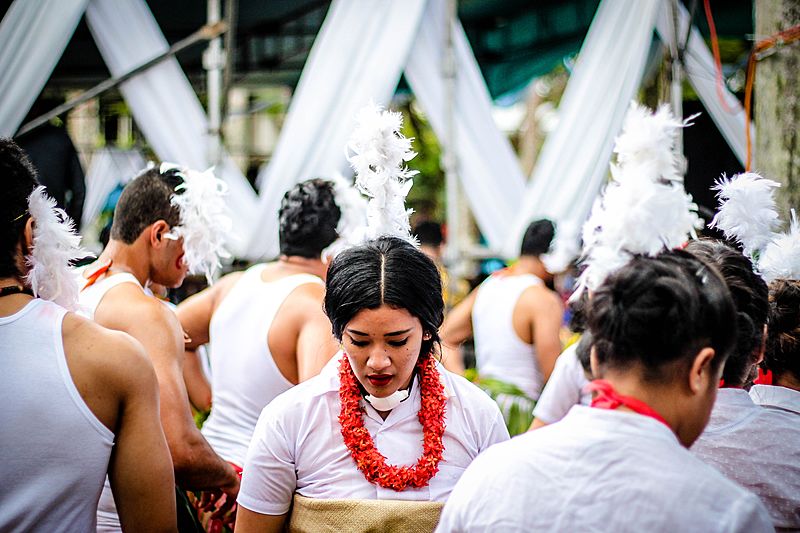 Photo: Credit Jovi Spend some time onboard and take in the surroundings that very few people get to experience. Hang over the bow to spot the strange varieties of tropical fish swimming alongside La Dea II, and keep an eye out for some curious sharks swimming below and large bats flying overhead. For the perfect end to the day, chill out on the sundeck or in the Jacuzzi, cocktail in hand, watching the sun set over the brilliant landscape.

Having suffered damage during Cyclone Winston, the cluster of Lomaiviti Islands are coming back to life and make for a pleasant end to a wonderful week cruising through paradise. Stop by the bustling port town of Levuka, which was once Fiji’s first capital and now a Unesco World Heritage Site. Get lost in the showcase of historic colonial buildings aligned with coconut and mango trees that lead down to the seafront. Dine back on board anchored off the east coast of the island where pods of humpback whales pass by during their annual migration. Hawksbill turtles also come ashore to lay their eggs on the island - just another example of how Fiji is one of Mother Nature's finest creations. If spotting the island’s wildlife isn’t enough, the enchanting village of Lovoni is worth a visit, as the formation of the village has been left unchanged since its origin, and is sheltered by lush forests that hide an extinct volcano crater. 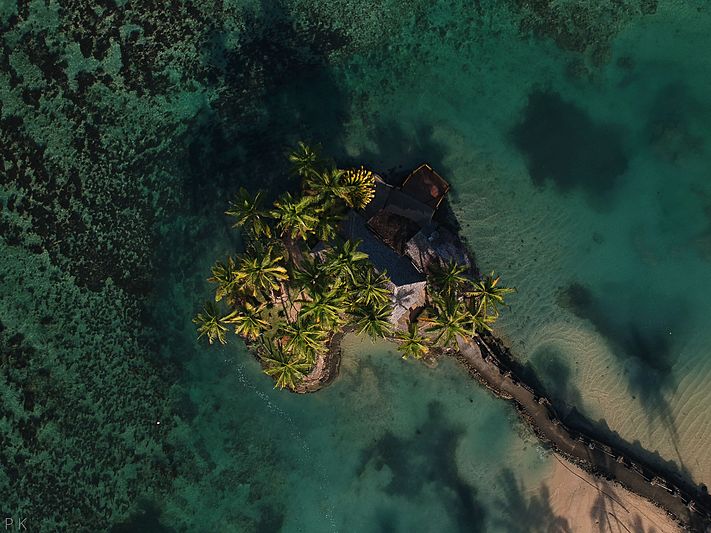 Be humble
The people you will meet in Fiji are very happy to show you around and share the stories of their kingdoms. It is important to be considerate and appreciative of their village culture, which is a very different way of living than most.

Be prepared and patient
Everything in this area arrives by ship or plane, and there aren’t as many tradesmen, so keep in mind that anything required - including spare parts - is not going to get there quickly.

Trust your local agents
They will tell you the truth and advise you on how to operate. La Dea II sought the help of a local agent to gauge how they could help after Cyclone Winston and together they volunteered to help with the distribution of supplies to a damaged island.

Extend the itinerary
Take note of living by ‘Fiji time’ - a more relaxed and carefree way of living. Especially when in such a special place like Fiji - where there is plenty to do and each day can bring a new adventure if so desired. 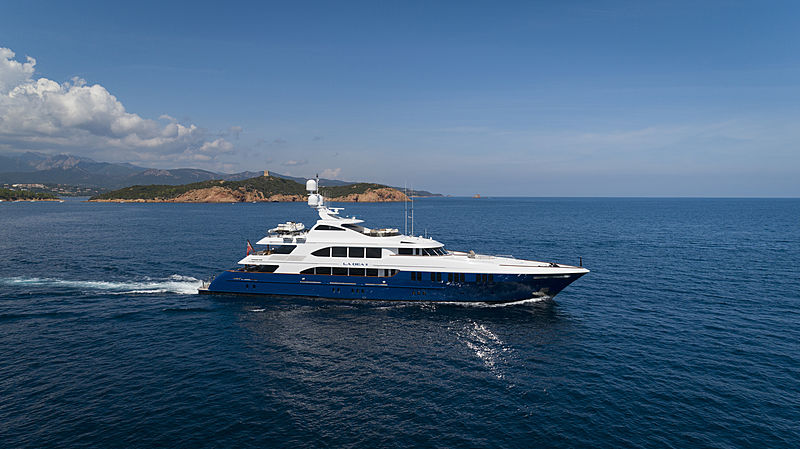